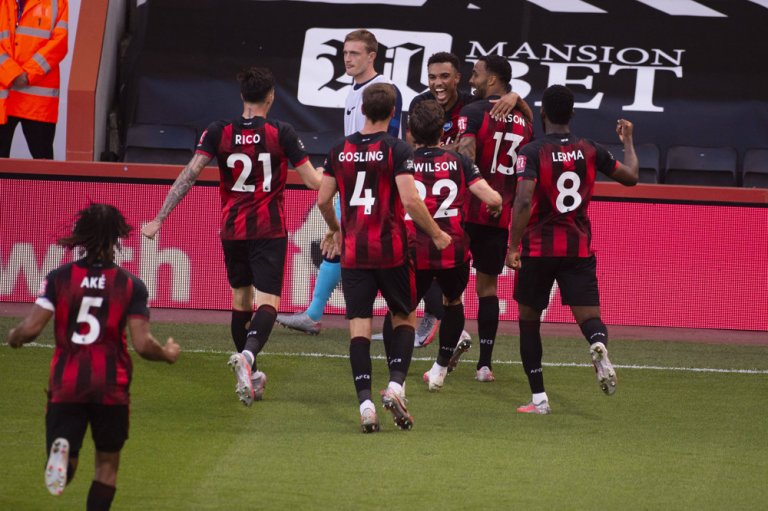 The Premier League season kicks off on Friday afternoon which means it is time to start analyzing futures plays for relegation
Generally, the rule of thumb is that 40 points in a 38-game season will be enough for safety. The last time this standard fell flat was with West Ham in 2002/03
Get the Premier League relegation odds, analysis, and betting predictions below

Finally, after an agonizingly long offseason, the Premier League is back with a full slate of matches this weekend. Personally, this is my favorite passage of the Premier League season. As fans, we are treated with new talents, new gaffers and the best of all, three newly promoted clubs. Now, this begs the question, who can avoid Premier League relegation in futures bets?

Last year, Fulham and Bournemouth earned automatic promotion to the Premier League after respective first and second place finishes in the Championship. Fulham is back in the top flight after just a one-year hiatus in England’s second division. Marco Silva’s 106-goal Craven Cottage side now looks to gain safety for the first time in three successive tries.

Conversely, Bournemouth, now led by former Fulham manager Scott Parker, are back after a two-year departure. The Cherries last stint in the Premier League lasted five years and saw them finish as high as ninth place.

Odds as of August 3 at DraftKings

Lastly, Nottingham Forest earned promotion by grinding through the Promotional Playoffs. The Tricky Trees have not seen Premier League football in 23 long years. A club, rich with European and English footballing history, nestled in on the River Trent, honestly deserved to be back. Moreover, heavy investment in the summer points to a promising campaign ahead for boss Steve Cooper.

When Steve Cooper took the Forest job, they were bottom of the table, they’re now third and will overtake Bournemouth to jump into the automatic promotion places if they beat them on Tuesday.

Nottingham Forest Will Stay Up

Next, after a quick look at the odds table, you will notice the three newly promoted sides also have the shortest Premier League relegation odds. However, it would be naïve to think this would actually manifest itself. In fact, since the Premier League’s inception in 1992, the only season where this actually happened was in 1997.

Despite being the last team to grab a promotional spot, I favor Nottingham Forest to stay up. For me, the signings of Jesse Lingard, Taiwo Awoniyi, Omar Richards, Dean Henderson and Neco Williams really show their competitive spirit.

Specifically, I would expect a breakout season from Awoniyi. The 24-year-old bagged 15 goals in the Bundesliga last season with 0.54 non-penalty goals per 90 minutes. His finishing ability will only be complemented by the creativity of Brennan Johnson and Lingard. In the past, big spending sprees have not helped every promoted side, but it is hard not to love their moves so far.

Relegation Odds for Bournemouth and Fulham

Furthermore, Bournemouth and Fulham have -200 and +110 odds of faltering to Premier League relegation. Bournemouth have a great manager but sadly has not done enough in the transfer window. Dominic Solanke is their best player, but I cannot see him succeeding as a Premier League striker. Nonetheless, there is a bit too much juice at -200 for this bet to be valuable.

On the other hand, I would hammer Fulham’s relegation odds of +110. Fulham are labeled as a yo-yo club for a reason. They did acquire some interesting pieces with the likes of Bernd Leno and Joao Palhinha. Regardless, the teams above them also improved and have a plethora of Premier League experience.

Realistically, there are four other Premier League clubs with drop potential. In particular, that list includes Leeds, Brentford, Southampton and Everton. As we saw last year, the blue side of Liverpool will prop that club on its very last limbs before it ever looks relegation in the eye again.

Secondly, while Leeds fought through a gut-wrenching campaign at Elland Road in 2021/22, it is unlikely they go down. While they lost Raphinha, it is evident Jesse Marsch is building something powerful at this club.

🗣 “What he did for us, and what he helped me and the team with. I will never forget.”

Inevitably, it is a coin flip between Southampton and Brentford for the last Premier League relegation spot. On paper, the Saints have too much standout talent with James Ward-Prowse, Kyle Walker-Peters and Joe Aribo.

On the contrary, Brentford lost a ton of steam as Christian Eriksen waved goodbye in the summer. That team is truly barren and are an Ivan Toney winter transfer away from sheer chaos.