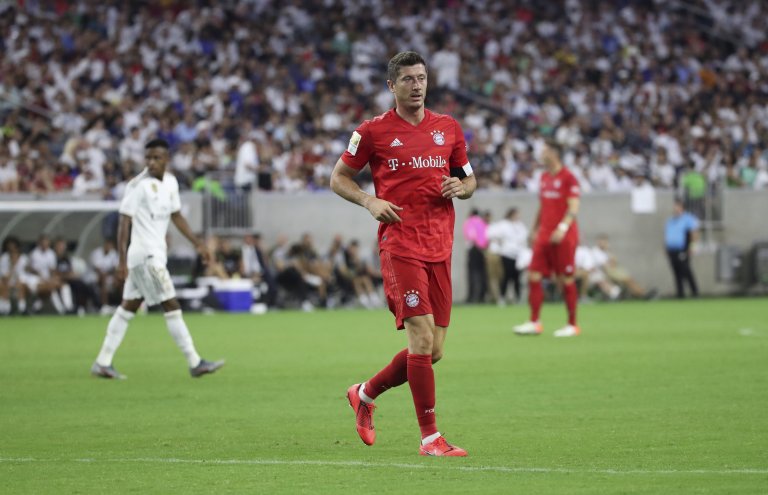 Poland takes on Belgium in round 4 of the UEFA Nations League on June 14th at 2:45 pm ET
The match is being played at Stadion Narodowy in Warsaw, Poland
Get the Poland vs Belgium odds, analysis, and betting prediction below

On Tuesday, the UEFA Nations League features Poland vs Belgium in the fourth round of League A, Group D play. Currently, the Netherlands leads the group on seven points while both Poland and Belgium sit deadlocked on four. However, Tuesday’s visitors do have a six-goal buffer on goal difference to put them in second.

But, Poland can only blame themselves for that bump in goal difference. Last Wednesday, Biało-czerwoni lost by a six-to-one margin against the second-best team in the world, according to FIFA’s coefficient rankings.

However, Poland was actually ahead in that match for 14 minutes. In fact, it was a brilliant touch and volley from Robert Lewandowski that gave Poland the lead. Nonetheless, an Axel Witsel strike before halftime and five second-half goals decimated the sluggish Poles on the night.

Consequently, Belgium is the favorite for this match with moneyline odds of +117. This equates to roughly a 46% implied win probability for Roberto Martínez’s side. The plus odds most likely stem from the fact that Belgium has only won one out of their last five away matches.

Next, I think there is some real value in the over on 2.5 total goals with odds of -105. This bet has hit in four of the five combined games these sides have played in this Nations League window. Considering we have some absences and fatigue, I would not expect the most controlled match of footy.

Finally, check out the future World Cup odds for both of these teams. Belgium currently has odds of +1100 while Poland sits back at +6500. If you’re new to betting on this sport, please take a look at our How to Bet Soccer pages.

Poland vs Belgium Nations League Prediction
Now, the one thing we know about football is that results rarely repeat themselves. This is especially true when fixtures are within such close proximity to one another. While Poland were simply outclassed just a few days ago, it seems more like a one-off than anything else.

Remember, Poland have actually done quite well in this window. They battled back in the second-half against a gritty Wales team and fought to a two-all draw against the Netherlands.

Furthermore, if you analyze the reverse fixture, you will notice that Belgium scored six goals on an xG of just 2.75. That is quite ridiculous, but is explained by some truly majestic goals from the Belgians. In particular, Leandro Trossard and Leander Dendoncker had two goals that were absolute tekkers.

Moreover, the midfield could not close the gaps and the defensive line was as flat as paper. With that being said, it is hard to imagine that much going wrong against Poland two times in the same week. Their 3-1-1 record at home in their last five points to this match being closer, at least.

Also, if you are into prop betting, this is a great match for Lewandowski to be an anytime goal scorer. You can still most likely get plus odds on this and it is not a bet you want to miss out on.

The Bayern Munich striker got a rest in the last match vs the Netherlands, which means he will have fresh legs. He also has nine goals in his last ten international matches with Poland, which makes this an even better play.

Overall, my best bet for this match is the over on 2.5 total goals with odds of -105. I think this has really good value considering that both of these sides are still in contention to make the Nations League finals. It also pairs quite well with Lewandowski to score anytime.