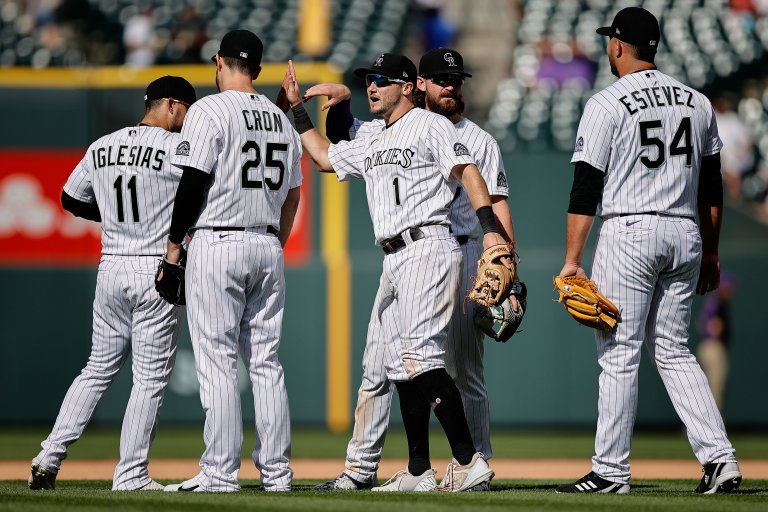 The Colorado Rockies are -135 home favorites over the Pittsburgh Pirates in a National League game slated for Saturday, July 16
Pittsburgh is 6-4 straight up in the past 10 road games
The Pirates are 6-3 SU in the last nine road games at Colorado

When it comes to playing baseball, the Pittsburgh Pirates (38-52, 18-29 away) get excited about playing the Colorado Rockies (41-49, 26-22 home). That’s because it’s one of the rare occasions when Pittsburgh is left with something to brag about.

Entering Friday’s opener of the three-game series between the two teams, the Pirates have won two of their last three games and three of the last four series contested against the Rockies. At Colorado, Pittsburgh is 6-4 straight up over the past 10 games.

Oddsmakers are choosing to look past this history. They’re setting the Rockies as -135 favourites when these two clubs meet on Saturday. Colorado is 7-11 against the runline as a home favorite this season.

First pitch at Coors Field is set for 3:10pm ET on Saturday, July 16. Rain with 12 mph wind and a temperature of 91 degrees are the weather forecast.

The favorite’s odds of -135 are giving the Rockies an implied probability of victory of 57.45% in the MLB betting line. A successful $10 wager on Colorado would deliver a payout of $17.40.

The MLB betting trends are showing that the public is with the oddsmakers. There’s 61% of public wagers on both the moneyline and the runline backing the Rockies. Total bettors are going with the over, also at a 61% pace.

Neither of these teams are offering much hope in MLB futures betting. In the MLB Division odds, Colorado is showing odds of +25000 to win the NL West. Bettors can access +35000 odds on the Pirates capturing the NL Central. The MLB pennant odds display each of the Rockies and Pirates at +100000 . In the World Series odds, both Pittsburgh and Colorado are given a betting line of +200000.

After an 0-5 start to the season, Pittsburgh right-hander Mitch Keller is 3-1 over his last four decisions, covering his past 10 starts, He took the loss in five of his first seven 2022 starts.

He worked 3.1 innings in relief against Colorado on May 25. Keller didn’t figure in the decision as Pittsburgh won 10-5.

To say it’s been an up-and-down year for Rockies right-hander Jose Urena would be an understatement. He started the season in the NL Central with the Milwaukee Brewers. After four relief appearances in April, he was designated for assignment.

He signed a minor-league deal with the Rockies. After a stint at Colorado’s extended spring training facility, Urena was assigned to Triple-A Albuquerque. The Rockies recalled him for a July 6 start against the Los Angeles Dodgers.

Exactly a month later, Ureña gives up just 2 earned to the Padres MLB team in Coors

He took the loss in his second start on July 12 at home to the San Diego Padres. Urena has worked into the sixth inning in those two starts. He’s allowed three earned runs over 12.2 innings for a 2.25 ERA.

However, he’s 1-3 with a 6.21 ERA in 11 career appearances against the Pirates. He tossed two relief stints against Pittsburgh for Milwaukee this season, allowing one earned run in 3.1 innings.

Jose Igelsias finished with 6 RBI in the Rockies (+160) 10-6 win over the Padres. ? pic.twitter.com/tHJbSJUxtd

Keller gave up at least four earned runs in five of his first seven starts. He followed that win a run of seven appearances in which he never gave up more than two earned runs. It’s appearing that Keller is reverting to his earlier form. He’s given up least three earned runs in three of his last four starts.

Meanwhile, Urena appears to be rounding into form. Take the Rockies in the moneyline to win at home.