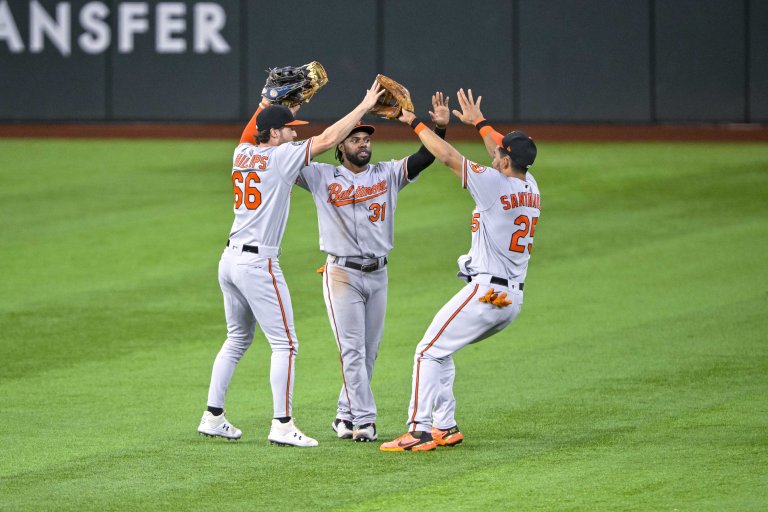 The Baltimore Orioles are -150 home favorites over the Pittsburgh Pirates in an MLB inter-league game slated for Friday, August 5
Baltimore is 12-3 straight up over the past 15 home games
Below, find the Pirates vs Orioles odds and best bets

The Baltimore Orioles (54-51, 29-20 home) used to be what the Pittsburgh Pirates (43-62, 19-33 away) remain: the Orioles were American League East bottom feeders for many years but today are challenging for an AL Wild Card position. Nineteen games below .500, the Pirates are still that bottom feeder in the NL Central.

As these two begin a three-game MLB  interleague series on Friday, that sudden wide gulf between the two clubs is evident.

That home dominance is certainly playing a role in Baltimore’s status as -150 favorites for this game. At 69-36, the Orioles are the best team in MLB against the run line this season. That’s a 65.7% success rate.

First pitch at Oriole Park at Camden Yards is set for 7:05 pm ET on Friday, August 5. The weather forecast is showing thunderstorms with 7 mph wind and a temperature of 93 degrees.

At odds of -150, the Orioles are offering an implied probability of victory of 60% in the MLB betting line. A successful $10 wager on Baltimore would deliver a payout of $16.70.

Though he was just 1-2 during the month of July, Pirates right-hander Mitch Keller was showing a 2.61 ERA and 1.16 WHIP. He struck out 28 against just six walks over 31 innings of work.

That was a marked improvement over June, when Keller was without a decision and displaying a 4.10 ERA and 1.48 WHIP. Since the end of April, Keller has made eight road appearances. He’s 3-1 with a 4.35 ERA. All of his wins this season have come away from home.

Keller has never previously faced the Orioles. In inter-league play, he’s 0-1 with a 4.24 ERA in three starts.

Entering the season, Orioles right-hander Dean Kremer was 1-7 with a 6.84 ERA in two seasons as a big-league pitcher. Kremer hadn’t won since 2020.

Dean Kremer has really fallen apart over the last 3 starts. Looks like 2021 Kremer. Nibbling, hanging breaking balls, not able to put away hitters.

This season, he’s won three times since June 12. However, of late, Kremer is struggling. He’s 0-2 over his last three starts and has surrendered 23 hits and 13 earned runs over 13.2 innings for an 8.56 ERA. Kremer has also served up four home runs during this stretch.

Robinson Chirinos and Brett Phillips are the only Baltimore batters with previous MLB experience hitting against Keller. Each is 0-for-2 at the plate.

We are tied at PNC Park!

The @Pirates & Brewers head to the 7th, on AT&T SportsNet!#LetsGoBucs pic.twitter.com/R9s1wj98bF

Michael Chavis is the only Pirates hitter who has previously faced Kremer in the major leagues. Chavis is 1-for-2 (.500) with an RBI.

Keller has been pitching well lately. He just isn’t getting the run support to win consistently. Pittsburgh is second-last in MLB in batting average (.220) and third-last in runs scored per game (3.70).

The @Pirates sweep the Brewers and get their second straight walk-off! pic.twitter.com/rNfP2EEF4F

In their last three games, the Pirates have scored 18 runs. If they can take that level of offense on the road, where they’ve scored two runs or fewer in five of the past six games, an upset could be brewing here.