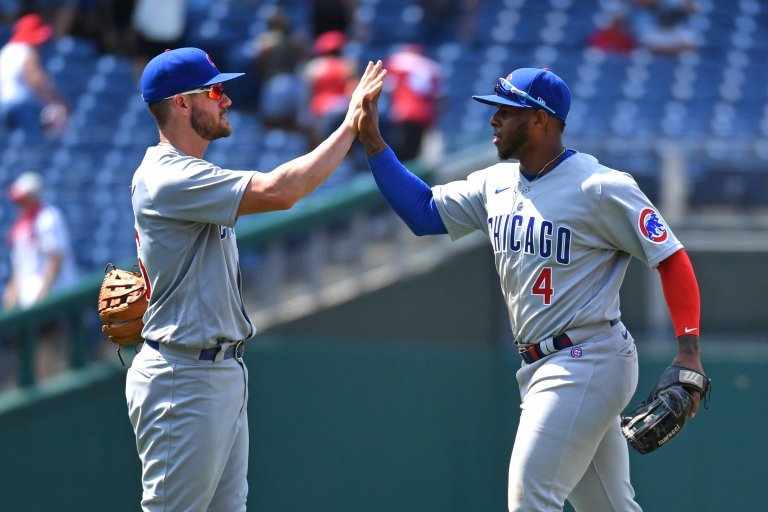 The Pirates vs Cubs odds favor Chicago as -170 moneyline favorites on Tuesday, July 26 at 2:20pm ET
Pittsburgh will give the ball to Bryse Wilson (1-5, 6.52 ERA), while Chicago will counter with Keegan Thompson (7-4, 3.43 ERA)
Read below for the Pirates vs Cubs odds, analysis and betting prediction

There hasn’t been much to cheer about if you’re a Cubs fan this year. The team has the fourth fewest wins in baseball and entered play on Monday 19 games below .500.

However, Chicago began its two-game series with division rival Pittsburgh riding a season-high four game winning streak. The Cubs will have an excellent chance to continue their strong start to the second half on Tuesday, something that wasn’t lost on oddsmakers.

Odds as of July 25th at Barstool Sportsbook

Chicago is currently a -170 moneyline favorite, in a game without a total as of Monday night. First pitch is scheduled for 2:20pm ET at Wrigley Field in Chicago, IL, with cloudy skies and 79-degree game-time temperatures in the forecast.

The Cubs, who’ve been an afterthought in the World Series odds for virtually the entire season, appear set up for success against struggling right-hander Bryse Wilson. The 24-year-old has yielded at least four runs in five of his past seven starts, and has not fared well versus Chicago in the past.

He’s yielded 11 hits and seven runs in just 8.1 innings of work against them this season, walking more batters (6) than he’s struck out (4). Cubs hitters have a career .338 average and .953 OPS against Wilson in 39 at-bats, but let’s face it, everybody has been mashing versus the righty in 2022.

Wilson has coughed up .322 opponent batting average so far, while his 6.52 ERA and 1.65 WHIP are worst among Pittsburgh starters.

Another reason to be optimistic about Chicago’s prospects on Tuesday is they’ll deploy right-hander Keegan Thompson, who leads the staff in WAR.

Thompson isn’t immune to blowup outings, as evident by the five runs he gave up last time out versus the Mets, but he has pitched well for most of the season. He’s allowed two runs or less in eight of his last 13 appearances, and has owned the Pirates lineup.

He’s limited Pittsburgh hitters to a single run over 15 innings so far, and a paltry .192 opponent batting average.

You won’t find an NL MVP odds threat in the Cubs lineup, but what you will find is a lineup that is streaking. Chicago smacked eight home runs and scored 25 times in a weekend sweep of Philadelphia, pounding 33 hits along the way.

That’s a far cry from their season long stats as they rank at or below league average in most key offensive categories. Against the Pirates, however, it’s been a different story. Chicago has averaged over five runs per game versus Pittsburgh in 13 meetings, posting a .270 average and .764 OPS.

The Pirates, on the other, hand are the NL’s lowest-scoring team. They rank also rank last in OBP, slugging and OPS, and have been shutout three times already this season by the Cubs.

Pittsburgh is batting just .210 against Chicago this season, and has scored two runs or less in five of their last seven contests overall.

There isn’t a ton of value on betting the Cubs moneyline, but given that no total or runline options are available as of Monday night, that will be our selection.

Their bats are performing at an elite clip over the past four games, while Thompson clearly has Pittsburgh’s number.

The Pirates lineup on the other hand is in a funk, and there’s no starter you’d rather face on that roster right now than Wilson.