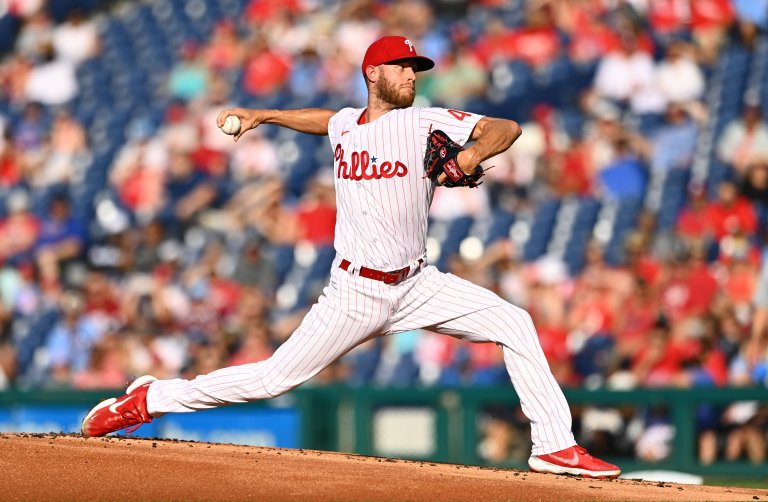 It’s the Phillies vs Pirates on Thursday
This is the first of a four-game set
The odds, preview, and betting prediction can be found below

The visitors will hand Zack Wheeler the ball here, their ace this season. The Bucs counter with big righty Zach Thompson.

Odds as of July 27th at Caesars.

The Phillies are a heavy -210 favorite for the series opener. They’ve dominated this matchup, winning four of their last five meetings with Pittsburgh.

Philly wouldn’t want anyone else on the mound right now. Wheeler is in the midst of a fantastic campaign and even sits at +1800 in NL Cy Young odds. The 32-year-old is 8-5 with a stellar 2.78 ERA in 18 starts in 2022, striking out 114 in 106.2 innings while allowing a mere 21 free passes. With the exception of a forgettable outing against the Blue Jays earlier this month, Wheeler has been dominant.

On July 23rd, Wheeler held the Cubbies to three hits and one run in seven quality innings. He also struck out six and didn’t walk a single batter. This is his first start against the Pirates this season, but Wheeler owns a career 2.22 ERA. All signs point to him carving them up again.

Thompson had a string of about 11 starts dating back to May where he pitched really well. That finally ended last time out though as he was tagged for seven earned runs by the Marlins. Nonetheless, Thompson still managed to last 5.1 innings.

Command continues to be a problem and it’s often resulted in getting hit around. He’ll need to be careful against a potent Phillies offense, which he’s faced five times before, surrendering no runs in eight innings, mostly in relief.

Philly is falling back in the NL East race, now sitting in third place with a 51-47 record. They’re 9.5 games out of first place and have struggled to win ballgame since the All-Star Break. The Phillies are just 2-5 in their last five contests and were swept by the lowly Cubs after the festivities in LA.

However, Philadelphia did bounce back with a big series win vs Atlanta, taking two out of three. Alec Bohm led the way offensively on Wednesday in the 7-2 victory, going 2-4 with two RBI and two runs.

The Bucs’ 40-58 record doesn’t exactly scream contender. They’re a long way off any Wild Card spot and although Pittsburgh just lost three games straight, every single defeat was by two runs or less. Tuesday the Cubs beat them 4-2, with their only source of offense coming from shortstop O’Neill Cruz.

The phenom went deep to straight center for a two-run shot in the seventh. That was one of just four hits for the Pirates off Chicago pitching. On a more positive note, Pittsburgh tends to play a lot better at home, going 21-25 as opposed to 19-33 on the road. Their next seven games are at PNC Park.

I really have a hard time betting against Zack Wheeler. He’s in great form right now and the Phillies seem to have Pittsburgh’s number in recent matchups. Take Philly to continue their winning ways on Thursday.