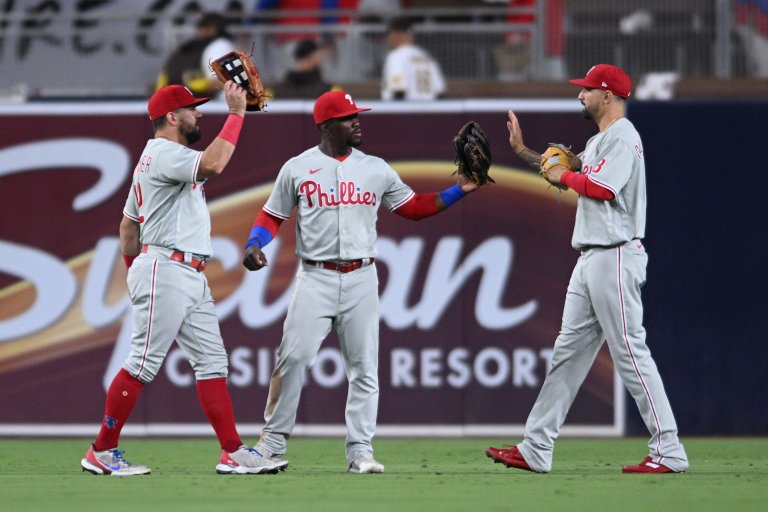 The Philadelphia Phillies and San Diego Padres face off at Petco Park on Saturday, June 25th
The Fightins have turned their season around since the firing of Joe Girardi, while Bob Melvin’s group continues to push the Dodgers for NL West supremacy
Read below for the Phillies vs Padres odds and betting preview

The Philadelphia Phillies (37-35) face the San Diego Padres (45-28) on Saturday at Petco Park. The third game in a four-game set has a scheduled first pitch of 10:10pm ET. The Phillies will send Zach Eflin to the mound, while the Friars counter with Blake Snell.

Odds as of June 24th at Caesars Sportsbook.

The Fightins have gone 15-6 since Rob Thomson took over for Girardi on June 3rd. But two of those losses came in starts made by Eflin. Philly has only managed a 5-7 record in the 28-year-old’s turns this season — with only four of those being of quality vintage. He turned in his best start of the season in Thomson’s first game at the helm against the Angels, tossing eight shutout innings and scattering five hits and walking one while striking out six in an eventual 10-0 win.

On the flip side, he’s managed only eight combined innings over his previous two starts, surrendering 10 hits, eight earned runs and whiffing six — and exited his last start on Sunday after only 38 pitches. The bright side? He did not walk a batter in either outing.

2018 AL Cy Young Award winner Snell gets the ball for San Diego. The Padres are winless in each of the 29-year-old’s six starts this season. The lefty has only posted a pair of quality outings this season after spending five-plus weeks on the injured list between April and May with a groin injury.

Snell was beat up a bit in his last turn on Sunday, lasting only 4.2 innings against the Rockies and allowing five hits, four earned runs and four walks while striking out five in an eventual 8-3 defeat.

The Phillies took the first game of the series 6-2 on Thursday thanks to a two-run blast by Kyle Schwarber and a three-run jack by JT Realmuto. Those two are hitting .218 and .240 , respectively. Meanwhile, the big hitter in the lineup — as usual — is Bryce Harper. The reigning NL MVP enters Saturday’s tilt with a .320 batting average, which is good for 10th in the Senior Circuit. He and a pair of teammates are a big reason why the Phillies are relevant again.

So far this month, the top three SLG in the NL:

Meantime, the Friars bounced back on Friday in the second game of this series, winning 1-0. Schwarber flied out to deep center field with the bases loaded to end the game after Austin Nola provided San Diego with the only run it would need.

Manny Machado going a little farther today in his drills and putting a little more impact on his ankle. #Padres pic.twitter.com/RfDn4Mkivz

San Diego has stayed hot without the services of Manny Machado over the last five games. The early-season NL MVP candidate is nursing a sore ankle. Melvin isn’t ruling out his star player’s availability as a pinch-hitter this weekend, though it appears likely he will not be in the lineup — even as a DH.

The Padres currently have +1200 odds to win the Fall Classic, while the Phillies are at +3600 in the World Series odds.

It feels like Eflin is due for a win, especially considering his masterful control of late. The same could be said for Snell.

But without Machado — and after scoring only three runs combined in the first two games of the series — San Diego’s offense has been shut down by Philadelphia pitching. I say it continues on Saturday.