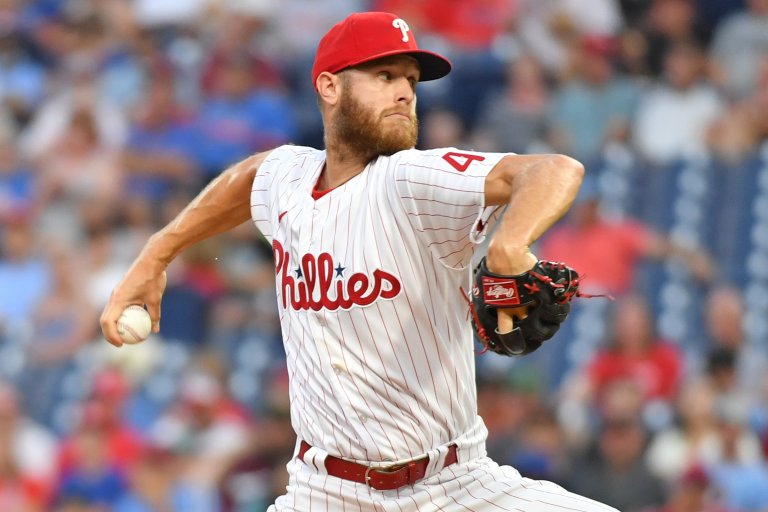 The Phillies and Mets conclude a big three-game set on Sunday afternoon
New York currently leads the NL East, while Philadelphia is 9.5 games back
The Phillies vs Mets odds, preview, and betting prediction can be found below

It will be quite the battle on the mound. The Phils give Zack Wheeler the ball, while the Mets counter with Chris Bassitt.

Odds as of August 13th at Caesars Sportsbook

The Mets are favored at -120 odds for the series finale. Prior to Saturday’s matchup, they’ve won four of their last five against the Phillies.

2.15 ERA over 36 home starts since he joined the Phillies in 2020
pic.twitter.com/PQpINMzbkF

After Wheeler’s dominance of the Marlins last time out, that’s now four quality outings in a row. The righty tossed six innings, surrendering just one run on five hits. He also collected eight strikeouts while grabbing his 11th victory of the campaign. The 32-year-old has also pitched well against his former team in 2022, posting a 1.69 ERA in two appearances.

Bassitt is having a good first year in New York. He’s 9-7 in 21 starts, owning a 3.39 ERA. The right-hander is striking out nearly one hitter per inning and typically gives the Mets lots of consistency every fifth day.

Got that dawg in him.

It’s also important to note that Bassitt is in tremendous form right now. He hasn’t given up a run in two straight outings, tossing eight scoreless frames on August 8th vs. Cincinnati. Bassitt also fanned eight Reds. He’s had his way with the Phillies this season too, posting a 1.54 ERA in two starts.

Philly is a whole 9.5 games out of 1st place in the NL East, but their recent play is certainly a positive. The Phillies are 8-2 in their last 10 games before Saturday and just finished up a seven-game win streak.

This is how you take the lead. #RingTheBell x @Adobe pic.twitter.com/HZsCaBDQwv

As of right now, Philadelphia is in a Wild Card spot and any time the Mets are the opponent, it’s a crucial game. Thankfully, Wheeler has been lights out against them and hopefully, that’s the case again on Sunday. The lineup needs to figure out how to get to Bassitt, though.

On both sides of the ball, the Mets are nothing short of spectacular. They rank top-five in nearly every offensive category and fifth in ERA at 3.51. Prior to Philly coming to town, NY swept the Cincinnati Reds in convincing fashion, outscoring them 21-5.

Also, the Mets play fantastic baseball at home, posting a 38-19 record, and winning five of their last seven at Citi Field.

As you can see, the Mets are the better club in this matchup this season. But, instead of picking a winner, I’m going to go with the under. Both Wheeler and Bassitt have ERA’s under two against these respective teams. It could be a pitching duel.