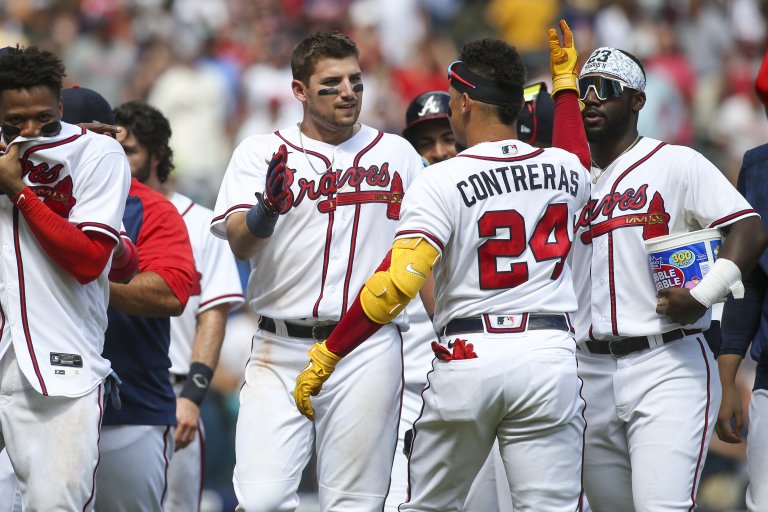 Oddsmakers sided with Atlanta in the series opener on Tuesday and are doing so again for the series finale.

Odds as of August 2nd at Barstool Sportsbook.

The Braves opened up as -145 moneyline favorites but that’s come down to -136. With solid starters on both sides, the game total is sitting at just 7.5.

First pitch is scheduled for 12:20 pm ET at Truist Park in Atlanta, Georgia, with clear skies and 86-degree game-time temperatures in the forecast.

Atlanta, a top-five contender in the World Series odds, will give the ball to Charlie Morton. The 38-year-old is on pace for his worst full season since 2015, and was rocked by the Phillies in his previous outing.

Morton coughed up six hits, five runs and two walks over 5 innings, in a 7-2 defeat. The start marked the second time in three appearances he’s been rouged up, as he previously allowed five runs and three homers to the Mets two and a half weeks ago. It was also the second time he’s been hit hard by Philly this season, as he lasted only 4 innings after coughing up nine hits and four runs in his first meeting with them of 2022.

Phillies batters have a strong history of success against Morton, hitting .304 with a .364 slugging percentage over 137 at-bats.

The Phillies will counter with Zack Wheeler, a top-five NL Cy Young odds contender. The 32-year-old has yielded two earned runs or less in nine of his past 11 starts, but has shown signs of vulnerability against the defending champs.

Wheeler is 1-0 against the Braves this season in two starts, but has surrendered 13 hits, five runs and two homers over 13 innings. He’s posted a sparkling 1.58 ERA at home this season, but it’s been a different story as a visitor. Wheeler’s ERA balloons to 4.24 on the road, while his opponent batting average is .76 points higher than at home.

Wheeler will definitely have his hands full with the Atlanta lineup. The Braves enter play with a 39-14 record since June 1st, the best in baseball, and rank top-five in scoring, slugging and OPS.

Austin Riley won National League Player of the Month after one of the best calendar months in 𝙛𝙧𝙖𝙣𝙘𝙝𝙞𝙨𝙚 𝙝𝙞𝙨𝙩𝙤𝙧𝙮 🔥 pic.twitter.com/xGsWJoHHDh

Austin Riley has morphed into a superstar and a legit NL MVP odds threat. The 25-year-old is fresh off an incredible month of July, where he tore the cover off the ball. Riley hit .423 last month, with 11 homers, 25 RBI, 21 runs scored and 26 extra-base hits. He’s one of five regulars with a slugging percentage north of .430 and one of two with a WAR above 4.

Not to be outdone, the Phillies have also been mashing recently. Philadelphia entered play on Tuesday winners or five straight, scoring 29 runs during that stretch. They have a +15 run differential during their streak, and are fresh off a season-high 18 hit performance against the Pirates.

KYLE SCHWARBER TO THE MOON!! pic.twitter.com/mPEBnoC7fw

Given the strength of these two lineups, Morton’s inconsistencies and Wheeler’s vulnerability versus Atlanta, I’m playing over 7.5 runs on Wednesday.

Each of the past four meetings between these two teams has cleared that number, while only the Mets have seen a higher percentage of their games go over the total than Philadelphia this season (53.5%).