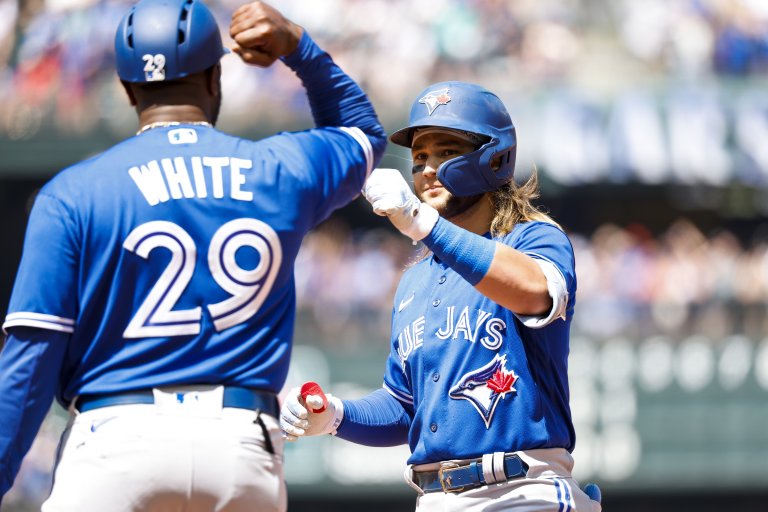 How the mighty have fallen. The Toronto Blue Jays were getting championship buzz everywhere you looked leading up to the season, but so far they have not lived up to the hype.

They’ve been especially bad over the past couple of weeks, losing nine of their past 10 heading into action on Tuesday versus Philadelphia. Despite the struggles, oddsmakers still decided to make them the home chalk for the first game of a mini two-game set.

The Blue Jays opened up as a -195 moneyline favorite in a game with a total of 9.5. First pitch is scheduled for 7:07 pm ET at the Rogers Centre in Toronto, Ontario, with clear skies and 72-degree game-time temperatures in the forecast.

Toronto, who still boasts one of the six shortest prices in the World Series odds, will give the ball to Jose Berrios. The 28-year-old has been a disappointment in his first full season with the Blue Jays, although it appears like he may be turning the corner.

After posting an ERA of 5.86 from April to June, he’s rebounded with two impressive outings. He allowed just two runs over 5 innings against Tampa Bay to begin July and surrendered only one run while scattering four hits last time out against Oakland.

Pitching well versus the Rays and A’s, who rank 22nd and last in runs per game, is one thing, but shutting down a potent offense is another. The Phillies are just that as we’ll explore, and current Philadelphia hitters have a .900 OPS versus Berrios in 32 career at-bats.

The Phillies meanwhile, will throw a bullpen game for the second time in three days. It was supposed to be Bailey Falter’s turn in the rotation but he was optioned to AAA after his last start since he’s unvaccinated and thus ineligible to play in Toronto.

Phillies will do another bullpen game tomorrow in Toronto, Rob Thomson said, so that’s two in three days. They really need long outings from Nola tonight and Wheeler on Wednesday.

Philadelphia relievers yielded eight hits and four runs over 8 innings on Sunday versus St. Louis, and rank top-nine in WAR and K/9 rate, but just league average in ERA and strand rate.

That leaves a lot of holes on the Phillies roster, especially when you factor in reigning MVP Bryce Harper’s absence due to a broken thumb.

Still, Philadelphia begins the week with the sixth-best run differential in baseball, and a lineup that ranks top-eight in runs per game, slugging and OPS.

Toronto on the other hand was supposed to be an offensive juggernaut but it hasn’t panned out. They’re averaging only 2.7 runs per game over their last 10 outings, and are hitting just .244 with a .279 OBP over the past week.

I’m not advocating for anybody to get fired, nor am I saying anyone should keep their jobs – I’m simply putting this stat out there:

There’s no shortage of talent on the roster and perhaps a return to Rogers Centre after seven games away can solve their woes. Toronto boasts sizeable home and away splits, posting a slugging percentage that is 53 points higher and an OPS that is 81 points better on home turf.

Rogers Centre grades out as the seventh most hitter-friendly ballpark in baseball, which explains the tendency for Blue Jays home games to go over the total. The over is 25-18 in Toronto home dates this season, and hit in six of eight games at Rogers Center during the Blue Jays’ last homestand.

Toronto and Philadelphia are two of the best over teams in 2022, with Blue Jays contests clearing the total 54% of the time, while 53% of the Phillies’ outings have sailed over the number.

With Berrios yet to prove himself against an elite offense, and Philadelphia forced to rely on relievers this game sets up as another high-scoring affair at Rogers Centre.