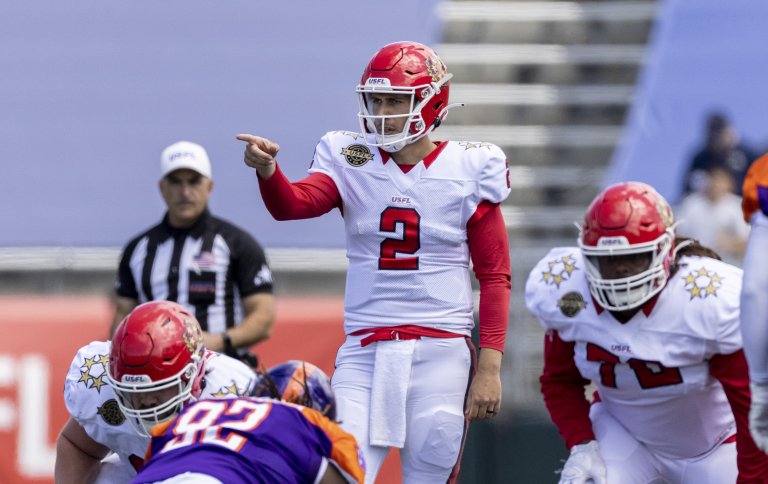 The New Jersey Generals are 4.5-point favorites over the Philadelphia Stars in their USFL semifinal game on Saturday, June 25
Winners of nine games in a row, New Jersey is 2-0 straight up against the Stars
All of the Stars vs Generals odds, picks, predictions, and best bets are assessed in the story below

During the inaugural edition of the USFL back in the mid-1980s, the New Jersey Generals were glimmering with star power, while the Philadelphia Stars were winning titles.

This time around, the Generals appear to have cornered both markets. At 9-1, New Jersey is sharing the league’s best regular-season record. They also are suiting up the USFL MVP and Offensive Player of the Year.

No wonder then that oddsmakers are setting the Generals as 4.5-point favorites over the 6-4 Philadelphia Stars in their USFL North Division semifinal. Two of Philadelphia’s four losses this season were to New Jersey.

The kickoff for this USFL North Division semifinal at Tom Benson Hall of Fame Stadium is set for 3:00 pm ET on Saturday, June 25. The Canton, Ohio weather forecast is calling for mostly sunny skies, 7 mph wind, and a temperature of 91 degrees. FOX is broadcasting all of the action.

In the USFL betting trends, New Jersey is showing as the second betting choice to win the league championship at odds of +170. The Stars are the co-third pick at a betting line of +450.

He led the league with 540 receiving yards. Turpin caught 44 passes, four of which went for touchdowns.

THE USFL MVP [email protected] WR @KaVontaeTurpin has been named the most valuable player of the inaugural season ? pic.twitter.com/QVGgEngwky

However, Turpin might be at his most dangerous on special teams. The former TCU Horned Frog returned 12 punts for 184 yards and a touchdown. He’s the only USFL player with a punt return TD this season.

Generals head coach Mike Riley, the USFL Coach of the Year, likes the old-school football format of establishing the run to set up the offense. New Jersey was far and away the top rushing team in the league this season.

The Generals led the USFL in rushing yards per game (160.6), rushing touchdowns (18), and rushing first downs (100). They were the only team to suit up three players who gained over 300 yards on the ground.

The USFL MVP, Offensive Player of the Year AND Coach of the Year ??? pic.twitter.com/C7KFxUhivz

Darius Victor ran for 577 yards rushing. good for third overall in the USFL. Victor rambled for a league-leading nine rushing TDs. He was named the USFL Offensive Player of the Year.

Trey Williams was second in the league, running for 579 yards. Quarterback De’Andre Johnson scampered for 310 yards.

New Jersey offers a two-headed monster under center. When Luis Perez is at QB, the passing attack comes to the fore. He completed 71.7% of his passes for 1,200 yards. Perez threw for nine touchdowns and was picked off once.

Containing Turpin will be key if the Stars hope to pull off the upset. That’s where DB Channing Stribling comes into the picture. He’s intercepted a USFL-high seven passes this season.

Running back Matt Colburn II was second in the USFL with eight rushing TDs. QB Case Cookus threw for 12 TDs but was intercepted five times.

Philly is the USFL leader in kick return average (27.8 yards per game). Maurice Alexander (787 yards) is setting the pace.

—USFL Offensive Player of the Year

—USFL Coach of the Year

—the USFL’s leader in rush TDs

—haven’t lost a game since April 16

Take the Generals and lay the points.