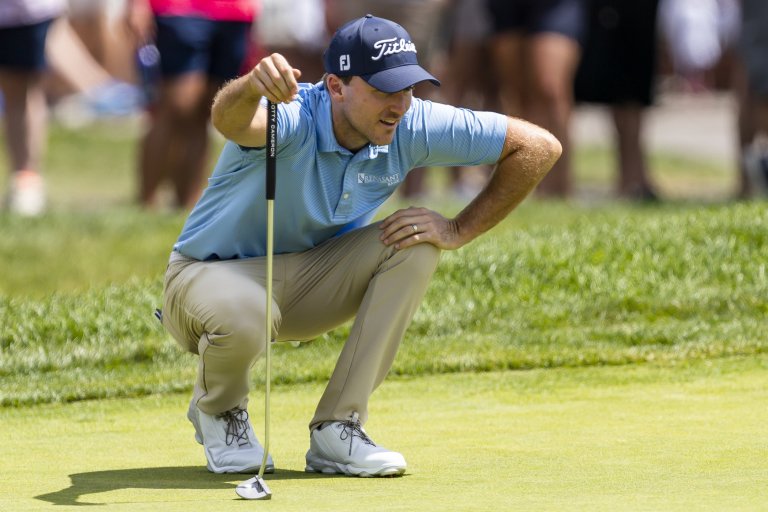 The 2022 Wyndham Championship tees off Thursday (August 4) at Sedgefield Country Club
Russell Henley leads the field in strokes gained approach and opportunities gained over the past 50 rounds
Read below for our favorite sleepers and longshots in the outright, T10 and T20 markets

We’ve reached the final stop on the PGA Tour’s regular season. For some, a trip to Sedgefield Country Club for the Wyndham Championship represents a golfer’s last chance to sneak inside the top-125 in the FedExCup Standings and qualify for the playoffs. For others, they’re trying to crack the top-30 and ensure their position at the Tour Championship at the end of the month.

One of those players who could vault himself into the top-30 with a high end finish is Russell Henley, and he’s the first target in our sleepers and longshots betting card.

Odds as of August 2nd at DraftKings Sportsbook and FanDuel Sportsbook

Henley was actually our pick to win it all at this event last year and he narrowly missed cashing us a big ticket. He was the 54-hole leader but faltered on Sunday, missing a short putt on the 72-hole to miss out on a playoff by a stroke.

Success at Sedgefield CC tends to boil down to a few things. Finding fairways, hitting your short irons close and making a lot of putts.

Arguably no player in the field is more suited to accomplish those things than Henley. The three-time winner on Tour leads the field in strokes gained approach over the past 50 rounds and iron shots within in 15 feet (opportunities gained). He ranks second and sixth in the two most common proximity ranges (100-125 yards and 125-150 yards) and fifth in Par-4 scoring on holes between 400-450 yards, which there are eight of this week.

It doesn’t get much better than this from Russell Henley ? pic.twitter.com/ubopsX536E

Henley has back-to-back top-nine results at this tournament, and finished 10th last week in Detroit despite a miserable putting week. He gained 7 strokes with his ball striking and 11 strokes tee-to-green, but lost 2.4 shots with his putter on the Detroit GC’s Bentgrass greens.

Sedgefield CC features Bermuda greens which is more to Henley’s liking. He gains an average of 0.35 strokes per round on the field on that surface, which is another reason to throw your money behind him this week.

Further down the oddsboard we’ll find Harold Varner III, whose price varies wildly depending on which online sportsbook you look at. Varner’s odds can be found for as short at +2500 or as long as +4100. He’s a pass for me on the former number, but a full go at the ladder price.

Tony silencing the haters the last two weeks. Love to see it ?

Time for HV3 to start his own winning streak this week at Wyndham ??

Varner has made the weekend in five straight starts at the Wyndham, racking up a pair of top-10 results. Statistically speaking he’s an ideal fit for Sedgefield CC, as he ranks fourth in strokes gained approach and third in opportunities gained over the past 50 rounds. The putter can sometimes be hit or miss, but if he gives himself as many quality birdie looks as he has been the scoring will come.

Varner has gained at least 3.9 strokes with his irons in five of his past seven measured starts, posting a pair of top-six finishes at Harbour Town and TPC Sawgrass, two similarly short Bermuda tracks.

Adam Svensson (+300): He’s finished T-25 or better in five of his past six starts posting immaculate ball striking and putting numbers. He’s gained at least 4.4 strokes on approach in half of those events, and at least 2.3 strokes with his putter four times.
Stephan Jaeger (+400): The Korn Ferry Tour money leader from a year ago popped at last week’s birdie fest at the Rocket Mortgage Classic, and another short, positional course like Sedgefield CC should be right up his ally. He gained 4.5 strokes on approach last week, and 5.1 strokes on the greens. A repeat performance could see him land not only in the top-20, but perhaps even the top-10 as well.