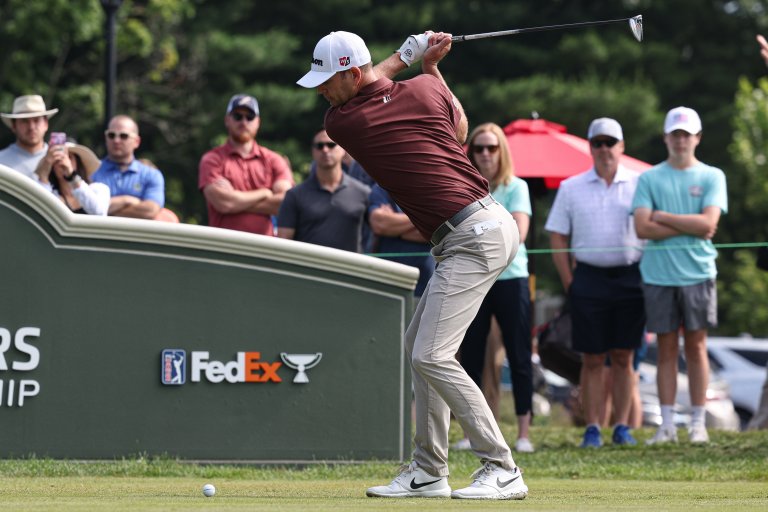 The 2022 3M Open tees off Thursday (July 21) at TPC Twin Cities
Brendan Steele leads the field in strokes gained off the tee and ranks second in approach play over the past 24 rounds
Read below for our favorite sleepers and longshots in the outright, T10 and T20 markets

In the effort of full transparency, the British Open was a gut punch for this article. We came up completely empty in our sleepers and longshots card, and the only saving grace was hitting a live Bryson DeChambeau T10 wager at +600 heading into the final round.

But the great thing about golf betting is that another opportunity is just a few days away. This week the PGA Tour heads to Minnesota for the 3M Open, and the lack of field strength gives us a chance to get some action down on names who normally fly under the radar.

Odds as of July 18th at DraftKings Sportsbook

Our card this week starts with PGA Tour vet Brendan Steele at +3500, who’s showed some incredibly strong form over the past month.

The three-time winner on tour has been striping the ball recently, posting quality results in much stronger fields. He’s gained at least five strokes on approach in three consecutive events, and at least two strokes off the tee.

He finished ninth at the PGA Championship, the only Major he qualified for, and followed that up with a 10th place result at the Memorial. He finished 25th in his last start at the Travelers, a result that was heavily skewed by losing 6.2 strokes with his putter.

He leads the field in strokes gained off the tee and iron play over the past 24 rounds, while ranking eighth in scoring and sixth in eagles.

From ugly to eagle 🦅

The average winning score at the 3M Open in its three years of play is -18, so targeting a guy that can make plenty of birdies and eagles like Steele will be imperative.

Next up, let’s target Chris Gotterup in the outright and T10 markets. The PGA Tour rookie has two top-seven results in his six starts this season, with both high-end finishes coming in weak field birdie-fests just like the 3M Open.

Amateur @ChrisGotterup is 1 back in his first start on TOUR. 👀 pic.twitter.com/nzDf2TNuCI

Over the past 24 rounds, he ranks 11th in scoring and 12th in strokes gained approach. He also mashes it off the tee averaging over 335 yards two starts ago at the John Deere Classic. That skillset should put him in excellent position to attack all three of the Par 5’s this week in two, and have much shorter clubs into the longer Par-4s at TPC Twin Cities.

Tyler Duncan (+350): Fresh off a 13th place finish last week at the Barbasol, Duncal also profiles as the kind of player we want to target this week. He ranks seventh in the field in strokes gained approach over the past 24 rounds, 18th in strokes gained off the tee and 36th in scoring. He’s racked up three top-20s in his past eight starts and is priced way too long given the quality of this field.
Cole Hammer (+550): Betting on pedigree here with a guy who once qualified for the US Open at age 16. He was one of the best collegiate players in the country before turning pro last month, and just finished seventh last week in his third Korn Ferry Tour event. He posted four consecutive sub-70 rounds, highlighted by a Friday 63 and Saturday 64.