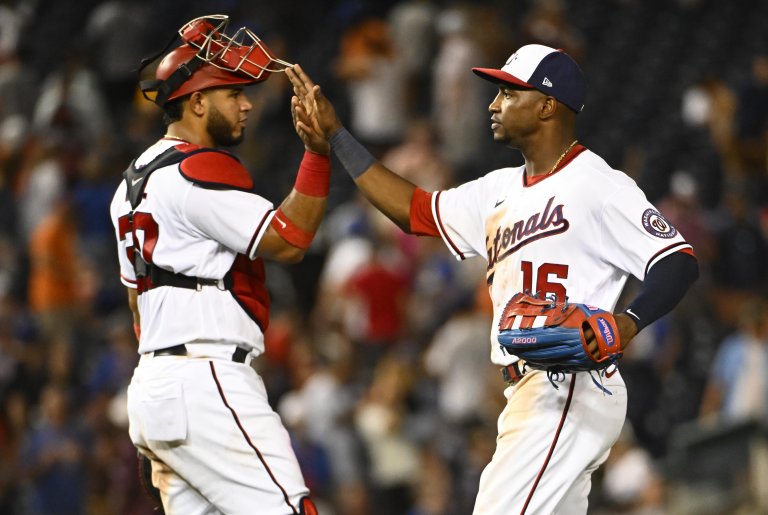 The Padres are -250 road favorites over the Nationals on Sunday
Lefty Blake Snell (4-6, 3.96) will pitch for San Diego against Paolo Espino (0-4, 4.04)
A look at the Padres vs Nationals odds and matchup can be found below with a prediction

The San Diego Padres and host Washington Nationals will play the rubber game of their three-game series at 12:05 p.m. ET Sunday at Nationals Park.

The Nationals (38-77/18-41 home), who have the worst record in the major leagues, notched just their fourth win in the last 16 games when they edged the Padres 4-3 on Saturday night. The Padres (64-52/31-28 road) had their three-game winning streak snapped.

Odds as of August 13th at BetMGM

The weather forecast is good as it calls for sunny, a high temperature of 80 degrees and south wind at 6 mph.

Snell is 2-1 with a 1.53 ERA in his last three starts but had his four-game winning streak snapped with a tough-luck loss to the San Francisco on Monday in San Diego. He allowed one run on six hits in 5.2 innings with eight strikeouts and two walks.

Snell is 1-0 with a 3.77 ERA in two career starts against the Nationals. His lone appearance at Nationals Park came last season and he had a no-decision while surrendering four runs in four innings.

Espino will again look for his first win in his 12th start and 32nd game of the season. He is 0-4 with a 5.14 ERA in 12 starts since moving from the bullpen to the rotation June 12.

Against the Cubs on Tuesday in Chicago, Espino pitched well in a no-decision. He gave up one run and six hits over five innings while striking out five and walking none.

He has had some good moments in a winless season.

Longest outing of the season for Paolo Espino! pic.twitter.com/FpgCFML80s

Espino has faced the Padres only once, yielding three runs in 2.1 relief innings last season while not factoring in the decision.

No Padres players have more than three career appearances against Espino.

Victor Robles snapped a 3-3 tie by singling in the winning run in the seventh inning Saturday night for the Nationals against the Padres.

VICTOR GIVES US THE LEAD pic.twitter.com/wbAOqGt2nt

The Nationals’ Cesar Hernandez had three hits and scored the winning run. Nelson Cruz and rookies Joes Meneses had two hits each. Cruz raised his career total to 2,000.

Nationals shortstop Luis Garcia missed the game with a strained left groin but should be back in action Sunday.

Manny Machado and Trent Grisham both homered and had two hits for the Padres.

San Diego catcher Jorge Alfaro is expected to return to the lineup after sitting out four games with right knee soreness.

This is the first series of the season between the team. The series has been tight in recent years with the Padres holding a 9-7 edge since 2019.

Snell has turned his season around and it’s hard to be against him against Espino, who is still winless in the middle of August, despite being the Padres being heavy road favorites.