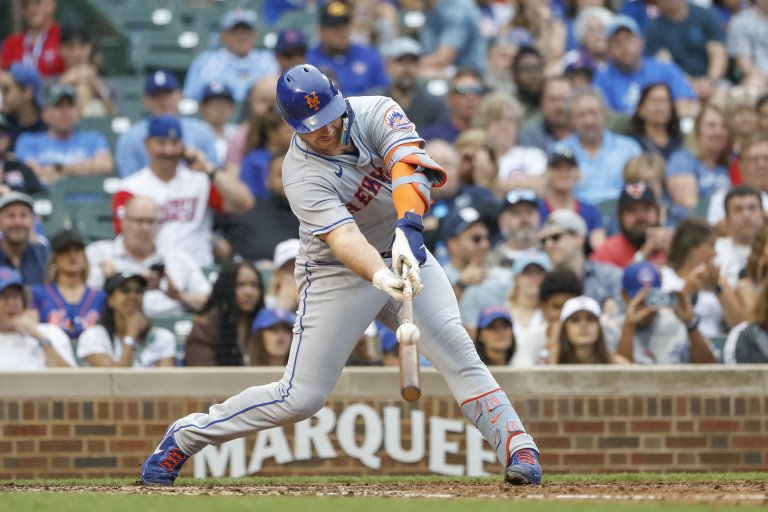 The San Diego Padres and New York Mets face off at Citi Field on Friday, July 22nd
San Diego is in the thick of the NL Wild Card standings, while New York is trying to hold off Atlanta in the NL East
Read below for the Padres vs Mets odds and betting preview

The San Diego Padres (52-42) face the New York Mets (58-35) on Friday at Citi Field. The opener of a three-game series between postseason contenders has a scheduled first pitch of 7:10 pm ET. The Friars will send Yu Darvish to the mound, while the Mets counter with Max Scherzer.

Odds as of July 21st at Caesars Sportsbook.

The 35-year-old Darvish is on pace for his highest win total in nearly a decade and has performed well so far in his second season with San Diego. The Padres sport a 10-7 record in the big right-hander’s 2022 starts, 13 of which have been quality ones.

He’s won four of his last five decisions and is coming off a 5-3 victory over Arizona last Friday in which he went seven innings, allowing five hits, three earned runs and two walks while striking out nine.

Meantime, Scherzer is set to make his fourth start following a six-week stint on the injured list due to a left oblique strain. Since his return on July 5th, the three-time Cy Young Award winner has been spectacular, going 1-0 with a 1.40 ERA over 19.1 innings and striking out 31 while issuing only one walk.

The future Hall of Famer has been especially sharp against the Friars in his career. Over 16 starts, Scherzer has gone 6-2 with a 2.87 ERA over 103.1 innings with 142 punchouts and 24 free passes.

Manager Bob Melvin’s group has scuffled so far in July, going 6-10. The sub-.500 record follows three straight winning months for a team with Fall Classic aspirations. Fernando Tatis Jr. could be back in the lineup as soon as early August, but he’ll miss this one. That leaves the offensive load up to the squad’s two All-Stars: Manny Machado and Jake Cronenworth.

Jake Cronenworth on being around other All-Stars and the Padres’ mindset in the 2nd half of the season: pic.twitter.com/oL0MYOn5In

Over the last 11 games, the pair has combined to go only 19-for-83 (.229) and blast five homers and 11 RBI. That will need to pick up against the Mets, an especially tall order facing Scherzer.

Meantime, the Mets have gone 11-6 so far in July as they continue to march toward the franchise’s first postseason appearance since 2016. New York boasted a trio of position players — Pete Alonso, Starling Marte and Jeff McNeil — at the 2022 All-Star Game, with Alonso being the focal point of an offense that leads MLB in infield hits with 92.

Pete Alonso has tied the Mets’ franchise record for RBI before the All-Star break. pic.twitter.com/3aO9VQKncN

While Darvish has been a reliable workhorse this season, his last four starts (1-1, 4.15 ERA) suggest he may be regressing. Plus, over 92 career plate appearances against Darvish, this current Mets roster boasts a .245 xBA and .492 xSLG against him.

The Mets currently have +800 odds to win the Fall Classic, while the Padres are at +2200 in the World Series odds.

This game figures to be a pitchers duel, especially with Darvish owning a 4-0 record and 2.76 ERA in seven career starts against the Mets.

With Padres’ lineup still struggling a big — and Scherzer making his first home start since returning from the IL — I like the NL East leaders.