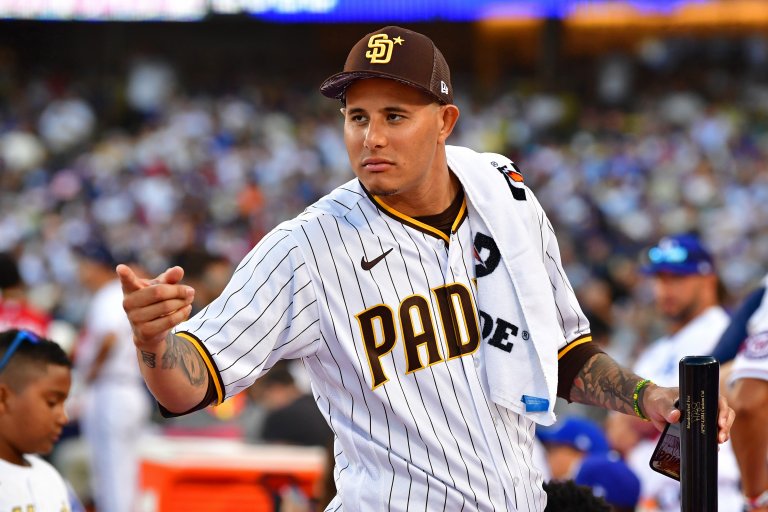 The Padres are -118 road favorites over the Mets on Sunday Night Baseball
Joe Musgrove (8-2, 2.42) will pitch for San Diego against Carlos Carrasco (10-4, 4.27)
A look at the odds and matchup can be found below with a prediction

The San Diego Padres will look to a sweep a three-game series when they visit the National League Central-leading New York Mets at 7:08 p.m. ET Sunday at Citi Field.

Odds as of July 23rd at Barstool Sportsbook.

There is a 30% chance of showers or thunderstorms right around the scheduled first pitch. The gametime temperature is forecast for 88 degrees to go with partly cloudy skies and southwest wind at 11-13 mph.

Joe Musgrove (8-2, 2.42) is scheduled to start for the Padres against Carlos Carrasco (10-4, 4.27). Musgrove, who has +900 NL Cy Young odds, pitched one scoreless inning in the All-Star Game on Tuesday in Los Angeles while Carrasco will be working on nine days of rest.

Musgrove struck out two and walked one for the NL All-Stars. However, he is 0-2 with a 5.04 ERA in his last four starts after beginning the season with eight straight wins.

Jake Cronenworth and Joe Musgrove get booed at Dodger Stadium during the intros pic.twitter.com/152SUG91iT

Though he did not factor in the decision in his last turn on July 13, Musgrove was roughed up by the Rockies in Colorado. He surrendered five runs on nine hits in five innings while striking out four and walking none.

Musgrove is just 1-4 in his career against the Mets in five games (four starts) with a 5.63 ERA. He lost in his only career appearance at Citi Field, giving up three runs in 6.1 innings in a start last season.

He pitched six shutout innings to beat the Cubs on July 14 in Chicago in his previous outing. Carrasco yielded five hits with six strikeouts and two walks.

Carrasco faced the Padres for the first time in his career on June 6 at San Diego and got the win as he allowed two runs in seven innings.

Manny Machado hit a two-run home run in the sixth inning Saturday to account for all the Padres’ scoring and San Diego hung on for the win. The Fighting Friars had just four hits.

The sweetest swing in all the boroughs. pic.twitter.com/Gp71mIM9t7

Rookie shortstop C.J. Abrams was a late scratch from the Padres’ lineup because of a strained biceps. Center fielder Trent Grisham left the game in the eighth inning after colliding with Mets pitcher Chris Bassitt at first base.

Catcher Tomas Nido returned to the Mets’ lineup after being removed from Friday’s game with a bruised left hand. New York added catching depth by trading with the Pittsburgh Pirates for Michael Perez on Saturday.

Nido had the chance to be the hero with the Mets trailing 2-1 in the ninth when he stepped to the plate with runners on the corners and two outs. However, Nido popped out to end the game.

Pete Alonso had three hits for New York and J.D. Davis knocked in the only run.

A day earlier, the Mets got Vogelbach from the Pirates in a separate deal. He did not play Saturday in his first day in uniform.

Musgrove has faltered in July following a strong start to the season. Considering Carrasco’s success at home and his strong July, the pitcher known as “Cookie” seems like a sweet play.