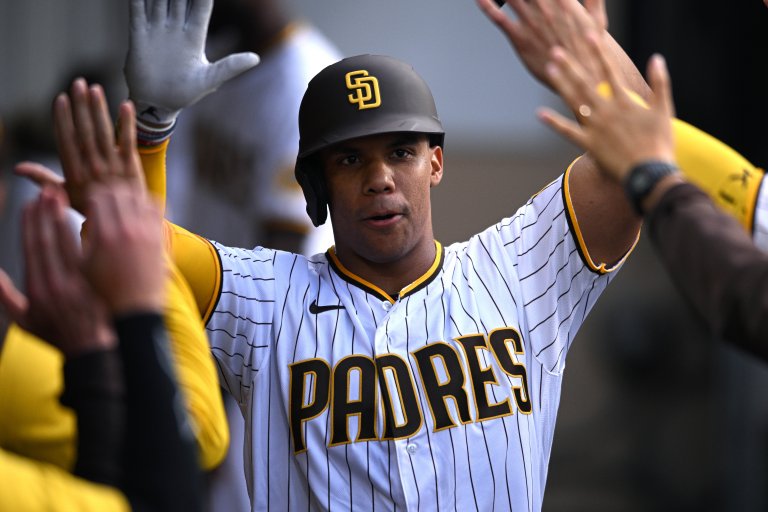 The Padres and Dodgers wrap up a big series on Sunday Night Baseball
Yu Darvish gets the starts for San Diego and LA counters with All-Star Tyler Anderson
The Padres vs Dodgers odds, preview, and picks can be found below

The Padres will be hoping Yu Darvish can help them grab a victory here. LA meanwhile sends Tyler Anderson to the bump, who has been a pleasant surprise.

Odds as of August 6th at Caesars Sportsbook

Darvish is one of San Diego’s more reliable arms this season, posting a 10-4 record and 3.30 ERA in 20 starts. The righty has also struck out 127 hitters in 128.1 innings while walking only 26. Every time he steps on the mound, you can expect Darvish to give the Padres a minimum of six innings.

In fact, he’s thrown at least six frames in 13 straight outings. Last time out, Darvish gave up three earned across six innings against Colorado, but still managed to collect his 10th victory of the campaign. The veteran has made two starts vs. Los Angeles in 2022, going 0-1 with a 3.75 ERA. Respectable.

Anderson is playing on a one-year deal with the Dodgers and needless to say, he’s exceeding expectations. The southpaw is 12-1 with a 2.89 ERA, serving as one of LA’s best starters. He doesn’t have overpowering stuff but Anderson does a fantastic job of using his off-speed stuff to keep hitters guessing.

Tyler Anderson reflects on his 7 innings of work against the #Rockies. pic.twitter.com/3MpBV2q2HP

However, Anderson is coming off one of his worst outings of the season. He allowed five earned runs on six hits against the Giants on August 2nd, walking four and striking out three. The Dodgers’ offense gave him a ton of support though and he still managed to grab the win. Anderson also has a 2.45 ERA vs. San Diego this season.

This is the series where San Diego must show they’re equal to the Dodgers. After all, the organization just wrapped up one of the most historic trade deadlines ever, acquiring Juan Soto, Josh Hader, Josh Bell, and Brandon Drury. Soto teams up with Manny Machado and Fernando Tatis Jr, who should be back soon.

The #Padres have acquired outfielder Juan Soto and first baseman Josh Bell from the Washington Nationals.

Friday night saw the Padres lose 8-1 to Los Angeles as they collected only four hits. But, despite losing their last two games, San Diego did win five in a row prior. Sitting 13.5 back in the division, the Wild Card will be their avenue to the postseason and hopefully, everything can all start to click soon. Having Darvish on the mound is a positive sign for Sunday.

The Dodgers have now overtaken the Yankees with the best record in baseball, sitting at 73-33 ahead of Saturday night’s contest. The squad has won six straight and is 9-1 in their last 10 games. LA just swept the Giants, too, and sit tied atop the World Series Odds.

“It was a fun night for the offense.” @will_smith30 on the #Dodgers early lead and the special pregame ceremony. pic.twitter.com/Tjg3msx07m

Freddie Freeman is absolutely raking in his first season with the Dodgers, batting .324 with 15 bombs. The home run numbers aren’t huge, but Freeman’s consistency is certainly coming in handy. He’s currently second in the NL MVP odds behind Paul Goldschmidt as well.

It’s really tough to bet against Anderson, who has a 2.59 ERA at home. Yes, he’s coming off a rough outing but the lefty will likely bounce back. The Dodgers continue to play well against San Diego and it’s going to continue on Sunday.