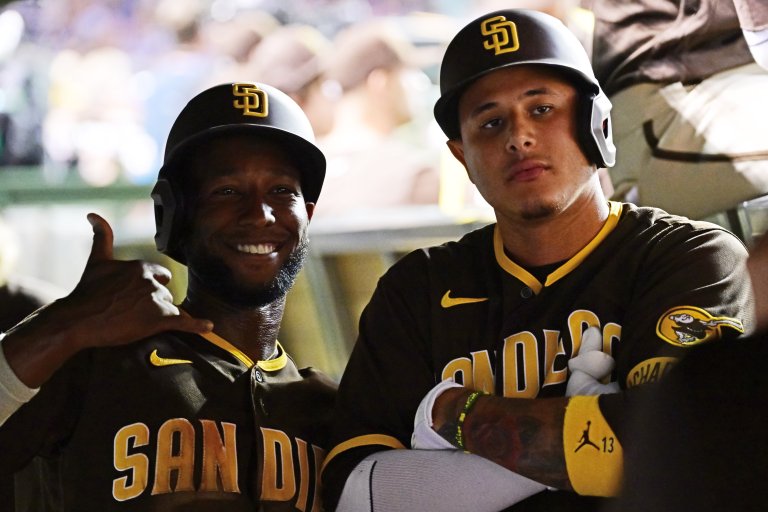 The Padres are -164 road favorites over the Cubs on Thursday
Joe Musgrove (7-0, 1.50) will pitch for the Padres against rookie Matt Swarmer (1-1, 4.24).
A look at the odds and matchup can be found below with a pick

The San Diego Padres will try to sweep a four-game road series from the skidding Chicago Cubs at 2:20 p.m. ET Thursday at Wrigley Field.

The weather forecast calls for a hot, sunny and windy day in Wrigleyville with a high temperature of 90 degrees and wind from southwest from 10-15 mph with gusts up to 30 mph.

Musgrove is having a fantastic season and been nearly untouchable lately. He has allowed only one run in 27 innings – for a 0.33 ERA — over his last four starts while compiling a 3-0 record.

Musgrove made it look as easy as tic-tac-toe.

Despite his 3-3 career record, Musgrove has pitched well against the Cubs with a 1.97 ERA in eight starts. Musgrove was a tough-luck loser in his only career start at Wrigley Field in 2019 when he surrendered two unearned runs in 6.1 innings.

The Cubs’ Yan Gomes is 3 for 8 versus Musgrove with two doubles and one home run.

Swarmer will be making his fourth career start and is coming off his first loss last Friday against the Yankees in New York. He pitched five innings and was tagged for six runs while allowing seven hits, striking out four and walking none.

That came after Swarmer had back-to-back quality starts.

Swarmer will be facing the Padres for the first time. Both his starts at Wrigley Field have been in the day and he is 1-0 with 1.50 ERA.

Manny Machado sparked the Padres’ laugher on Wednesday night by gong 3 for 4 with a two-run home run and four RBIs. He also singled for his 1,500th career hit.

Machado became the 17th player in major league history to amass 1,500 hits and 250 homers before turning 30.

The Padres have outscored the Cubs 35-11 in the first three games of the series.

HR No. 4 on the season for Christopher Morel! pic.twitter.com/7ftMOFflqD

The Cubs placed second baseman Nick Madrigal on the injured list prior to the game with a left groin strain. Jonathan Villar is likely to see most of the action at second while Madrigal is out and went 1 for 4 on Wednesday.

The Padres have won five of six from the Cubs this season after Chicago went 14-6 against San Diego from 2018-21.

Regardless of the odds, riding a pitcher as hot as Musgrove is the play that clearly makes the most sense in this matchup.