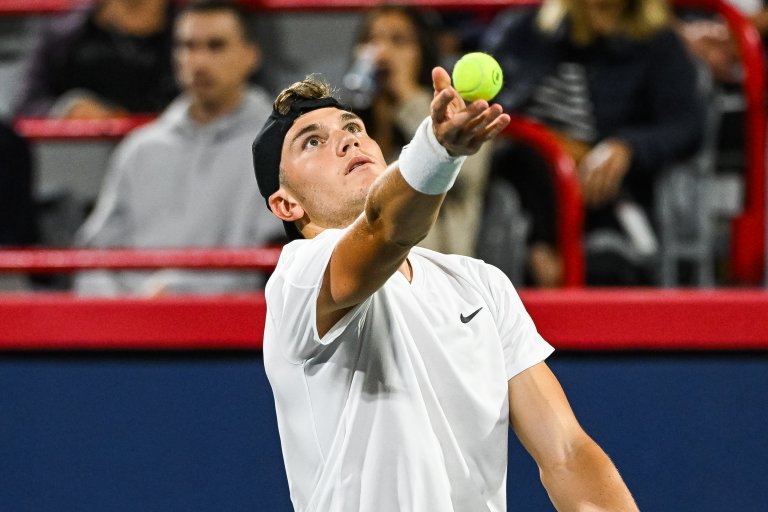 At No. 82, qualifier Jack Draper is the lowest-ranked player in the National Bank Open quarterfinals
He faces veteran Pablo Carreño Busta, playing in Canada for the first time since 2018
The Spaniard is the favorite, but not an overwhelming one. We break it down

Only three seeds survived to the final eight at this year’s National Bank Open,

But a couple of others – the surging Nick Kyrgios, and the perennial top-20 player Pablo Carreño Busta – are not out of place among that group.

For 20-year-old Brit Jack Draper, though, this is a major breakthrough.

Odds as of Aug. 12 at Caesars Sportsbook

From Qualies to Quarters for Draper

Draper, 20 and the Wimbledon junior boys’ runner-up in 2018, is having a career week that announces his arrival even more than some encouraging play on grass in 2021 and 2022.

Then ranked No. 309, Draper made his first move at Queen’s Club in 2021, upsetting Jannik Sinner and Alexander Bublik – both top-40 players – to make the quarterfinals.

He began 2022 ranked No. 262. But with four titles on the Challenger circuit early on, he then posted wins over Diego Schwartzman and Jenson Brooksby on the way to the semifinals of Eastbourne, before taking a set off eventual champion Novak Djokovic in the second round of Wimbledon.

He’s the full modern package: big and tall and extremely mobile for his size, with a big serve and good hands at the net. Plus, he’s a lefty.

Dream Run in Montreal for Draper

Draper barely broke a sweat getting through the qualifying in Montreal, playing an alternate in the first round and getting an injury retirement in the final round.

And then, on Friday night, he took a 6-2 first set over No. 17 Gaël Monfils before the veteran Frenchman appeared to re-aggravate the foot injury that caused him to miss three months, before returning this week.

Sport can be so cruel 😔

Monfils is forced to retire after sustaining an injury in his 3rd round match vs Draper #OBN22 pic.twitter.com/f8kSunaXyK

Monfils had worked hard to win his first two matches. But the final scenes Friday were heart-rending as he had to retire.

Carreño Busta – Under the Radar

Meanwhile, Carreño Busta, as is so often the case, has quietly gone about his business in reaching the final eight.

He has six career titles, and has put up some big results in Grand Slams. But somewhat surprisingly, he was only 46-50 at the Masters 1000 level coming into Montreal. Since reaching the Miami semifinals in 2018, this is just his fourth quarterfinal – his second in four years. But he typically loses to players ranked ahead of him.

Matteo Berrettini not playing his best tennis at #OBN22, while Pablo Carreño Busta is putting on a clinic pic.twitter.com/j2zTcyntcu

Carreño Busta upset No. 11 seed Matteo Berrettini 6-3, 6-2 in the first round. Then he blew away rising star Holger Rune, surrendering just three games.

And on Thursday night, he didn’t face a single break point in dispatching No. 7 seed Jannik Sinner 6-2, 6-4. Only in his opening service game did Sinner even get to deuce on the Spaniard’s serve.

So Carreño Busta has dropped just 14 games in six sets against three top-30 players – two of them seeds.

Against Draper, there will be few rallies like this.

So it’s a completely different challenge.

But when Carreño Busta gets on a roll of confidence like this, he’s tough to beat.

If Draper wins, he’ll be ranked in the top 45 in the ATP rankings next Monday (he’s already close to the top 50). But his lack of experience on these big occasions might be the difference-maker against Carreño Busta.

At 31 – 11 years older than his opponent – the Spaniard has been there, done that and generally beats players ranked below him. He’s likely to be a wall Draper will have trouble breaking through.

No matter how well he serves. Although he might take the first set (+140).