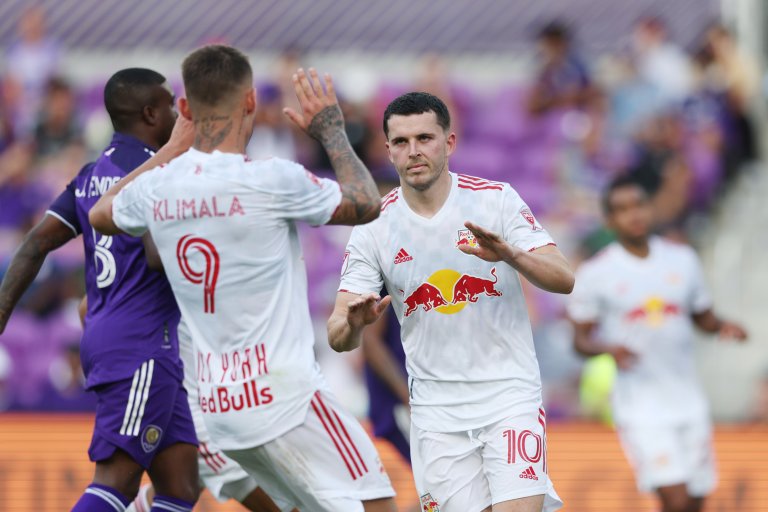 Since March, the US Open Cup has whittled down 99 of its original 103 participants. Now, we are left with four clubs desperate to get their hands on a piece of silverware that has not been raised in two years. The semifinals take place on Wednesday night and the match to keep your eye on is Orlando City SC vs New York Red Bulls.

All in all, these clubs have both put together campaigns to be proud of so far. Currently, Orlando City sits in fifth place in the Eastern Conference, while the Red Bulls claim third place just six points higher. Moreover, they had to each win four matches to get to this point in the US Open Cup. In the last round, Orlando snuck past Nashville on penalty kicks while the Red Bulls romped NYCFC in the Hudson River Derby.

The winner of this match takes on either Sporting KC or Sacramento Republic. In my honest opinion, whoever wins this semifinal already has one hand on the trophy.

Overall, the moneyline favors Orlando City at home, just marginally with odds of +150. However, any moneyline play here has great value considering they all have substantial plus odds. In fact, the Red Bulls moneyline at +160 is tempting, considering they have beaten Orlando in their last three head-to-head matches.

Draw No Bet and Over/Under Odds

Now, if you are not feeling as confident with the New York Red Bulls, you can always place a draw no bet play. If they draw in regular time, the bet pushes. All we have to do in this scenario is give a little juice back. In this case, the draw no bet for the Red Bulls sits at -105.

Red Bulls the More Clinical Side
It does not take many eye tests to see that the Red Bulls are just a better team when compared to Orlando. Firstly, they have the better goal scorers with the likes of Lewis Morgan, Patryk Klimala and Luquinhas. But, more importantly, they are more clinical in seeing results over the line.

Coincidentally, both clubs have won their xG/xGA battle just two times in their last ten MLS matches. Orlando City won two of those ten games, while New York won five. To me, that emphasizes how good they are at taking their chances despite maybe not being expected to score or having a lot of the ball.

Manager, Gerhard Struber, has already prefaced this match by saying he wants his team to be proactive in attack and press in key moments. I have a hard time seeing Orlando’s defense coping with that. If you need any more proof of a potential Red Bulls win here, they are 9-3-2 on the road this season in all competitions and just defeated one of the top teams in MLS this weekend, beating Austin 4-3 in Texas.

Finally, the best bet for this match is the draw no bet in favor of the New York Red Bulls. A cup semifinal, away from home, can go in a variety of directions, which is why I feel more comfortable taking this play over the Red Bulls moneyline.