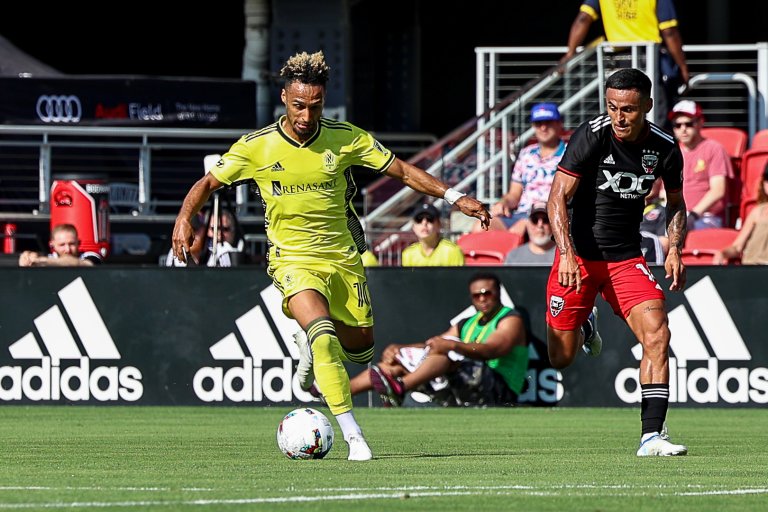 Orlando City and Nashville clash in the US Open Cup Quarterfinals on Wednesday
The hosts are a slim +104 favorite in this fixture
Find the Orlando City vs Nashville odds, preview, and betting prediction below

A date with the New York Red Bulls is on the line when Orlando City plays host to Nashville SC in the US Open Cup Quarterfinals on Wednesday night. The kick-off is set for 7:00 PM ET at Exploria Stadium.

Orlando finds themselves at this stage of the competition after beating Inter Milan on penalties in the Round of 16. As for Nashville, they just narrowly moved past USL outfit Louisville City FC thanks to a late winner from Hany Mukhtar.

This is the final US Open Cup Quarterfinal match taking place this week, being played alongside a nine-match slate of games in MLS Week 17.

Odds as of June 28th at Barstool.

The Lions are a slim +104 favorite here but Nashville came out on the winning end in their last meeting in November of 2021 against Orlando in a 3-1 victory. All three previous encounters before that ended level, though.

The over 2.5 goals sit at an enticing +110, which could hold value here. Three of the last five matches between these two sides hit the over.

If you’re new to betting on this sport, check out our how to bet on soccer page, which offers you in-depth advice on how to make a profit off your money.

Orlando certainly doesn’t come into this game in the greatest form. They’re just 1-2-2 in their last five outings, losing to FC Cincinnati on Friday in a rather lifeless attacking display. The Lions were kept scoreless in the 1-0 defeat, registering a mere two shots on target and only seven in total.

Back for the @opencup tomorrow ?

However, there is a reason for optimism heading into Wednesday’s clash. The Lions are unbeaten on home soil this term, compiling an impressive 4-4-0 record. A draw will obviously not do the trick here since it’s a cup competition, but they’ll be feeling confident a win can be in the cards in front of the Orlando City faithful, who have injected them with life all year.

Nashville meanwhile is in respectable form at the moment, tasting defeat just once in their last five games. Saturday was a very convincing result for Gary Smith’s side, running riot on DC United in a 3-1 win. Daniel Lovitz scored an early opener in the sixth minute before Hany Mukhtar netted one of his two goals in the match just before the halftime whistle.

The next step in our @opencup journey awaits in Orlando pic.twitter.com/R3UtWxRUIV

The midfielder also booked Nashville’s spot in the quarterfinals of this competition with an impressive finish against Louisville in the previous round. The German was just named MLS Week 16 Player of the Week and will surely play a key part in their attack against Orlando, having already bagged 10 goals and supplied three assists in 2022 across all competitions.

Orlando’s flawless form at home is certainly intriguing here, but I like how Nashville is playing. They’re coming off a phenomenal all-around performance and have one of the most lethal players in the MLS right now in Mukhtar. I expect it to be close, but the visitors will find themselves in the semifinals. The over is also worth a bet.