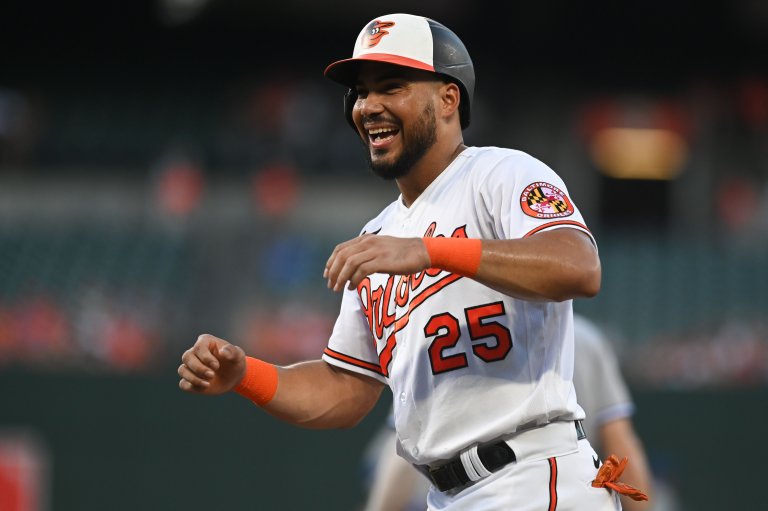 At the start of July, the idea of Baltimore (58-53, 25-32 away) being involved in a playoff race was ludicrous. The Orioles were 11 games under .500 and were staring at yet another last place finish in the AL East.

However, they completely flipped the script. The O’s have reeled off 23 wins in their last 32 games, and find themselves just half a game back of Tampa Bay (58-52, 33-21 home) for the AL’s final Wild Card spot.

Coincidentally, those two division rivals will battle in a three-game set this weekend in the Sunshine state, with Game 2 taking place on Saturday.

The Rays opened up as -178 moneyline favorites, in a contest that features a total of 7. First pitch is scheduled for 4:10pm ET inside Tropicana Field in Tampa Bay, Florida.

The Rays enter with a +5500 price tag in the World Series odds. They’ll give the ball to Shane McClanahan, a top-three AL Cy Young odds contender. McClanahan has been nasty at home this season with an 8-3 record and a 2.24 ERA, but his past two performances have not been encouraging.

The 25-year-old has coughed nine runs total in his past 9.2 innings, scattering 13 hits while striking out only seven. The numbers are far cry from his first half form, where he reeled off victories in nine of his last 10 decisions.

It’s looking like a three-way race for AL Cy Young (via BetMGM).

On the positive side, he’s pitched very well versus Baltimore this season. Three weeks ago he held the O’s to two runs over seven innings, while punching out seven. He has a 1.59 ERA in two starts against the Orioles, holding Baltimore batters to a 1.58 batting average.

The O’s will counter with prized rookie DL Hall. The Orioles number four prospect will make his Major League debut, after splitting his time this season between Double-A and Triple-A ball.

The southpaw can touch 101 mph on the radar gun, and has shown the ability to dominate Minor League hitters with not only his fastball, but also his off-speed pitches as well.

I think DL Hall will be up for the moment/challenge. Makeup is great. Stuff is great often. Command is shaky often. But some pitchers have the tools and talents to overcome walk totals – this is one. If O’s are “going for it” moves like this are made. Exciting times Birdland.

The main concern with him is command. He averaged 4.6 walks per 9 innings last season, and so far this year he’s issued 45 free passes in 77 innings of work.

The matchup however, is favorable. Tampa Bay is in the midst of one of their biggest offensive funks of the season, which makes this a great time for Baltimore to deploy the rookie.

The Rays have dropped five of their six series since the All-Star Break, and are fresh off getting swept by the Milwaukee Brewers. Tampa Bay is averaging an AL-low 3.4 runs over the second half of the season, and are batting a measly .219 over the past two weeks, with a .306 OBP.

It’s a huge series against the Rays this weekend.

Baltimore enters just a half-game back of Tampa Bay for the final wild card spot. @Tim_Leonard4 previews it all from the @PNCBank Digital Desk. pic.twitter.com/lZhBrTDKvd

Baltimore, on the other hand, comes in with strong August splits. The O’s lineup has a slash line of .278/.352/.467 this month, while averaging five runs per contest.

Despite the impressive surge, there’s plenty of reasons to be down on the Baltimore bats on Saturday. First off, McClanahan is one of the few elite pitchers in the AL and when he’s pitching at home it’s basically a cheat code.

As noted, the O’s have struggled against the lefty, but they’ve also underachieved offensively against all of Tampa’s pitchers. In 16 games versus the Rays, Baltimore is averaging just 3.8 runs per contest.

Also working against the O’s lineup is their home/road splits. Baltimore averages fewer runs per game on the road than at home, and boasts a lower batting average, slugging percentage and OPS. Expect that to be amplified this weekend at the Trop, which grades out as baseball’s fourth least friendly park for hitters.

Tampa Bay meanwhile, continues to struggle to find ways to score. They rank bottom-nine in runs per game, and bottom-seven in slugging and OPS.