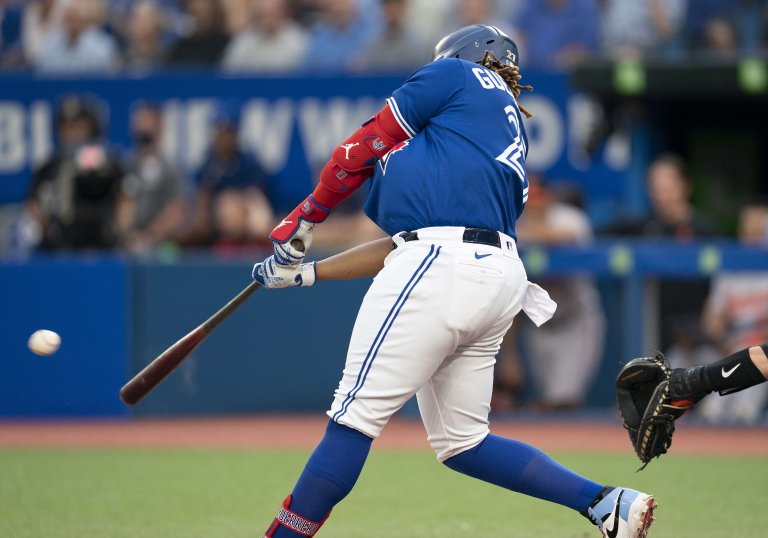 The Orioles and Blue Jays wrap up a three-game set on Wednesday afternoon
Toronto is just slightly above Baltimore in the Wild Card race
Who will take the finale? Find the Orioles vs Blue Jays odds, preview, and prediction below

Austin Voth gets the call here for the O’s. The Jays counter with Ross Stripling.

Odds as of August 16th at Caesars. Get Caesars Sportsbook bonus code.

Toronto is a -170 favorite for the rubber match but they’ve really struggled against Baltimore lately. After a 4-2 setback on Tuesday, the Jays have dropped five straight against their AL East rivals.

Both of Voth’s outings this year against Toronto were in relief, throwing two innings and allowing one earned run. His ERA is at 5.46 on the road, but it’s all the way down to 2.13 in day games.

Stripling hasn’t pitched since July 30th due to a hip injury, but he’s set to return to the rotation on Wednesday. The veteran righty is giving Toronto lots of consistency amid poor campaigns for Jose Berrios and Yusei Kikuchi. In 23 games (15 starts), Stripling is 5-3 with a solid 3.16 ERA. He’s struck out 67 and walked only 15.

Blue Jays will activate Ross Stripling from IL on Wednesday for finale vs Orioles. Probables for that series:

Jose Berrios gets opener at Yankees on Thursday

Before landing on the IL, Stripling had a run of nine straight starts where he didn’t allow more than three runs in a single outing. He’s yet to face the Orioles this season though.

Who would’ve known the Orioles would be in the playoff picture? Absolutely nobody. Baltimore is quietly putting together a fantastic campaign, sitting five games above .500. They really don’t stand out in any particular area, either.

A tale of two homers ? pic.twitter.com/9AcsnWWfFn

The O’s rank middle of the pack in most offensive categories and 16th in team ERA. There’s also not a single starter hitting over .264. This group is simply just grinding out wins and continues to dominate the Blue Jays in 22′, which is certainly a positive for their Wild Card aspirations.

Toronto in a Brutal Slump

The Yankees are 2-10 in their last 12 games. That is a clear opportunity for Toronto to gain some ground in the AL East, but they’ve failed to do so. In fact, the Jays are slumping themselves. Before Baltimore came to town, the Guardians took two out of three from them.

Toronto is just 3-7 in their previous 10 contests prior to Tuesday, now sitting behind the Mariners in the Wild Card. With the exception of Vladimir Guerrero Jr, who is still a +10000 longshot in AL MVP odds, the offense is struggling immensely. They need to figure it out in a hurry and must win the series finale.

Stripling is very reliable this season and I do believe he’ll come through for the Jays here. There might not be a lot of runs scored, but Toronto will do enough to grab a much-needed victory on Wednesday.