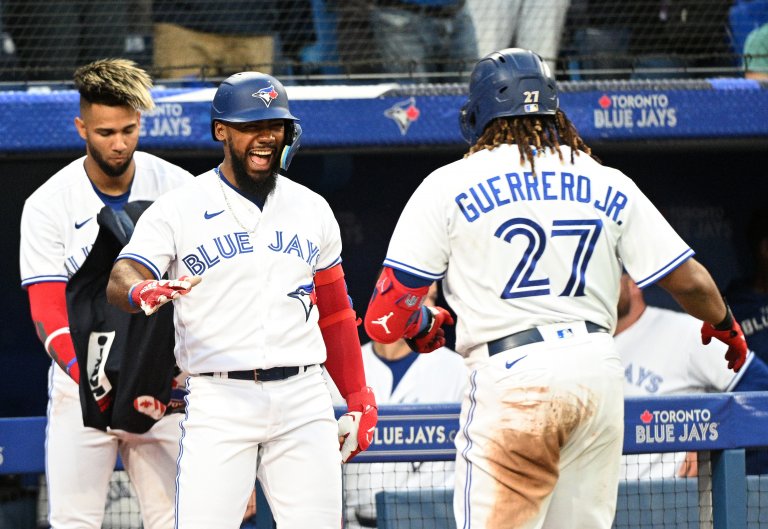 The Toronto Blue Jays are solid -250 home favorites over the Baltimore Orioles in an American League afternoon game scheduled for Thursday, June 16
Toronto is 8-1 straight up and 6-3 against the runline in the last nine games against Baltimore
All of the Orioles vs Blue Jays odds, picks, predictions and best bets are assessed in the story below

Straight up, Toronto has won eight of nine from Baltimore. The Jays are 6-3 against the runline in that span. In six of those nine games, Toronto has put double digits on the board.

No wonder then that it’s the Blue Jays who are set as solid -250 home favorites for Thursday’s finale of this four-game set with the Orioles. Baltimore is 11-22 SU as a road underdog this season.

First pitch for this Thursday, June 16 game at Rogers Centre is set for 3:07pm ET. Clouds, 12 mph wind and a temperature of 82 degrees are in the weather forecast.

Bucking the oddsmakers, the public is going with Baltimore in the MLB betting trends. The Orioles are getting 88% of the runline action and 83% of the moneyline play. The public is also going big for the under, with 88% of bets backing that outcome.

Orioles right-hander Tyler Wells is 2-0 with a 2.81 ERA in his last three starts. In 12 starts this year, he’s only given up three or more earned runs on four occasions. Wells has also worked five or more innings three times in his last four starts after doing so just three times through his first eight starts.

Wells is 1-1 with a 10.80 ERA in six games against the Blue Jays. None of those appearances were starts. He’s pitched just 1.1 innings at the Rogers Centre, allowing no runs.

Fortunately for the Blue Jays, right-hander Kevin Gausman is locating his pitches much better than he does major American cities. As the Blue Jays played on the weekend at Detroit, Gausman admitted to shock at discovering the Motor City was directly across the border from Canada.

Not gunna lie I had no clue how close Detroit was to Canada. I was shocked we had so many Blue Jays fans there ???

Gausman rates among the top 4% of MLB pitchers in base on balls percentage (3.4). He also leads the American League in FIP (1.75) and strikeouts to walks ratio (7.70).

George Springer is a special kind of leadoff hitter. pic.twitter.com/yYoNchAOxy

Baltimore’s Rougned Odor is hitting .400 (6-for-15) when facing Gausman. He’s one of just three Orioles batters to have previously faced Gausman.

Gausman has lost his last two starts and is 2-4 in his last six trips to the mound. But the Jays have put at least six runs on the board in two of his last three starts.

Wells has already set career highs for wins and for innings pitched in a game (6) this season. However, his road struggles and day game difficulties are hard to overlook.