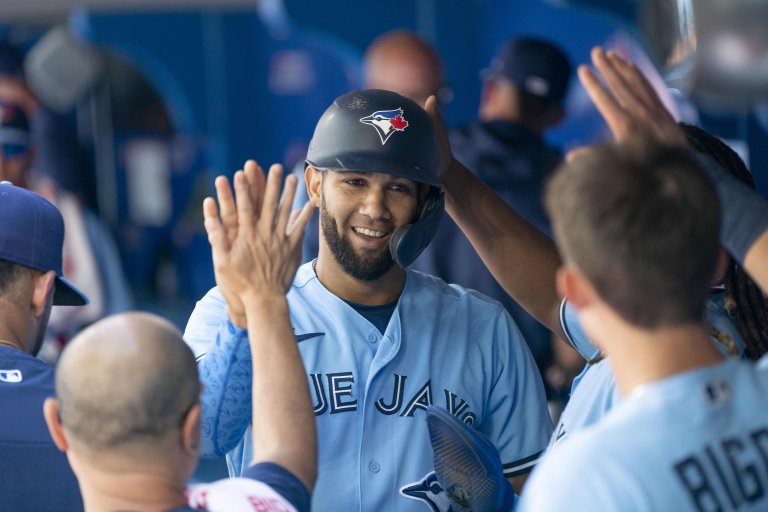 What is going on in Toronto these days? The Blue Jays (61-53, 35-24 home) have dropped seven of nine overall, and three straight meetings versus the rival Baltimore Orioles (59-55, 27-34 away) dating back to last week.

Baltimore blasted Toronto 7-3 in the first game of a three-game set on Monday, to snap a two-game losing streak of their own.

Oddsmakers are expecting a reversal of fortune in game two, however, in large part due to a pitching matchup that favors Toronto – more on that later.

The Blue Jays opened up as -225 moneyline favorites, in a contest that features a total of 8.5. First pitch is scheduled for 7:07pm ET at Rogers Center in Toronto, Ontario, with cloudy skies and 77 degree temperatures in the forecast .

The Blue Jays will give the ball to 12-game winner Alek Manoah. The AL Cy Young odds contender has been rock solid for the majority of the season, but has shown some signs of vulnerability recently. He’s allowed at least seven hits and three runs in two of his past three starts, most recently against this same Orioles team.

Last Tuesday, Manoah coughed up eight hits and three runs in Baltimore in a 6-5 defeat. He pitched 6 strong innings in his previous outing against Minnesota, but the start prior to that he was hit hard by bottom-feeder Detroit.

“I think we’ve been able to put together a good game plan against them.”

Alek Manoah talks about the success he has had against the Baltimore Orioles. #NextLevel pic.twitter.com/FyxcmYS2eJ

Despite last week’s outing, Manoah does have plenty of things working in his favor ahead of Tuesday’s start. He’s undefeated in four other career appearances versus the Orioles, and Baltimore batters are hitting just .233 against him over 71 at-bats. The 24-year-old has also been fantastic at home this season, posting a 6-2 record with a 2.48 ERA and .200 opponent batting average.

The Orioles will counter with Dean Kremer. That must be music to Toronto’s ears as they’ve raked versus him in the past. Toronto batters have a .293 average and a 1.263 OPS against Kremer over 28 at-bats, while the right-hander hasn’t shown strong form recently.

Baltimore pounced on Toronto starter Yusei Kikuchi on Monday, chasing him after only 3.1 innings. The victory moved the Orioles to just 1.5 games behind Toronto in the playoff standings, and improved them to 5-2 against the Blue Jays this season.

Ryan Mountcastle knows a thing or two about hitting home runs against the Blue Jays. pic.twitter.com/n2eKBuBSet

Baltimore has scored at least six runs in four straight meetings with Toronto, and are 24 and 11 over their past 35 games overall.

Toronto on the other hand, is suffering from a severe power outage lately. They scored only three runs in a weekend set against Cleveland and were held at bay on Monday by the O’s staff. The team is batting .235 with a measly .269 OBP over the past week, while averaging less than three runs per game.

🔹 OF Bradley Zimmer has been designated for assignment pic.twitter.com/6uaa4xdeJe

However, I’m not ready to panic just yet. The Blue Jays welcomed back George Springer, one of their four most valuable hitters, to the lineup on Monday after a 10 day IL stint, and the matchup against Kremer is definitely one they can exploit.

HR No. 43 for Vladdy Jr. pic.twitter.com/mnIG8iG8IA

With Springer back in the lineup look for the Blue Jays to snap out of their slump early. Toronto is still a top-six World Series odds contender, and is the fourth best team in baseball during the first 5 innings of play, averaging just short of three runs per game.

With Manoah back at home where he excels, he can quiet the hot Baltimore bats early while Toronto runs up the score and drives Kremer to an early shower.