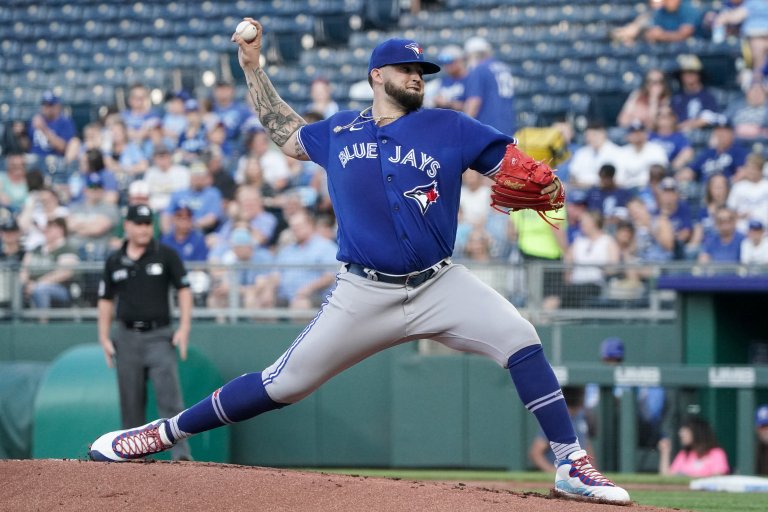 The Orioles and Blue Jays begin a four-game set on Monday at the Rogers Centre
Toronto has won six straight against Baltimore
Who will win the series opener? Find the Orioles vs Blue Jays odds, preview, and picks below

For the first time this season, the Baltimore Orioles and Toronto Blue Jays will meet on Monday in the series opener of a four-game set. The first pitch is scheduled for 7:07 PM ET at the Rogers Centre.

Baltimore goes with Kyle Bradish on the mound here, while the Jays send Alek Manoah to the hill, who is currently in the mix for the AL Cy Young.

The Jays are a heavy -290 favorite for Monday’s contest and they’ve won six in a row against the O’s.

Although Baltimore is playing a lot better lately, Bradish has not been one of their better starters. In eight starts, the rookie is 1-3 with a dismal 6.45 ERA while giving up 10 home runs. Bradish has managed to strike out 40 hitters in 37.2 innings of work, but he’s also walked 16.

Kyle Bradish tonight eclipsed 100 pitches for the first time in his professional career — Majors or Minors — and departs one batter shy of qualifying for his second big league win. He threw 105 pitches (60 strikes) and collected as many walks (5) as strikeouts. pic.twitter.com/bf7GYHiwIZ

Bradish’s command was very off in his last outing, tossing only 4.2 frames against the Cubs, allowing five free passes and two earned runs, both via the long ball. Since this is his first season in the big leagues, he’s never faced this potent Blue Jays offense.

Manoah on the other hand is proving to be one of the best pitchers in all of baseball. The 24-year-old sports a fantastic 1.81 ERA in 11 starts, which is the third-best ERA in the Majors. On top of that, the righty is also 7-1 and almost always gets run support when he takes the mound.

The thing that’s been so impressive about Manoah is that he has such pinpoint command, surrendering just 13 walks in 69.2 innings. June 7th was another flawless outing for the former first-round pick, throwing six frames of scoreless baseball against the Royals, scattering a mere six hits. He’s also got an ERA of 3.31 vs. Baltimore in three career appearances.

Baltimore was always expected to be at the bottom of the AL East this year. However, they’ve started to turn things around. The O’s are 5-5 in their last 10 games and just won two consecutive contests against the lowly Royals. The bats came ready to hit on Sunday in the 10-7 win, with center fielder Cedric Mullins leading the way as he went 4 for 6.

Austin Hays, Anthony Santander, and Ryan Mountcastle also enjoyed multi-hit games. That being said, Baltimore has had minimal success against Manoah, batting .103 as a lineup in 36 total at-bats.

Toronto’s offense is undoubtedly their strong suit and after a slow start to the campaign, Vladimir Guerrero and Co. are starting to figure it out. In June alone, the Jays are hitting .306 as a team in 11 games while clubbing 22 homers. The run-scoring frenzy continued in their most recent series, taking two out of three from the Tigers.

Charlie Montoyo’s squad won 6-0 on Sunday as Guerrero Jr smacked a two-run HR while Lourdes Gurriel drove in three runs with a single and double. Ross Stripling diced as well, swirling a one-hitter in six innings. The pitching staff owns an ERA of 3.25 this month, too.

It’s impossible to bet against Manoah here when he’s pitching at such a high level. Plus, he’s got a 1.13 ERA in night games in 2022. Take the Jays to cover and continue their dominance of Baltimore.