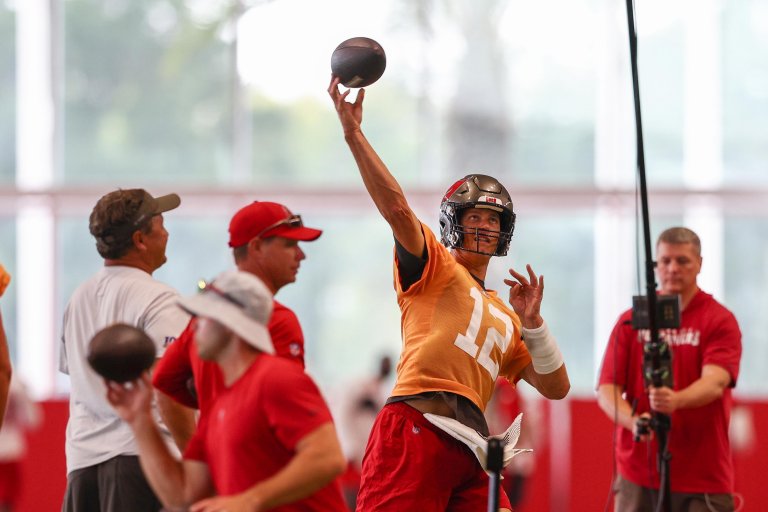 There’s little left for Tom Brady to check off on his career resume. The GOAT’s dance card is just about full.

He’s a seven-time Super Bowl champion. Six of those wins came with the New England Patriots.  Brady led the Patriots to 17 AFC East Division titles. That total was including 11 consecutive titles from 2009 to 2019. There were also 13 AFC Championship Game appearances, including eight consecutive from 2011 to 2018, and nine Super Bowl appearances. All are NFL records for a player and franchise.

Since moving to the Tampa Bay Buccaneers, Brady won another Super Bowl, an NFC Championship and an NFC South Division title.

One DraftKings bettor thinks so, and this person is putting their money where their mouth is. This bettor has placed a $11,050 bet on Brady to be NFL regular season MVP at odds of +1000.

MVP Is a Young Man’s Game

A look around at the four major sports shows that those who earn MVPs are mostly young in years. Just recently, Auston Matthews, 24, of the Toronto Maple Leafs won the Hart Trophy as MVP of the NHL. Nikola Jokic, 27, of the Denver Nuggets claimed his second straight NBA MVP award.

Aaron Rodgers has won back to back MVPs and a Super Bowl MVP before and won the regular MVP award 4 times and has NEVER made a Madden cover https://t.co/mMUGOUgsB7

The good news for this Brady bettor is that football is appearing to be the exception to this rule. Last season, Green Bay Packers quarterback Aaron Rodgers captured his second consecutive NFL MVP. Rodgers turned 38 years old in December of 2021.

Already, Brady is the oldest MVP in NFL history. He was 40 when he most-recently won the award for the 2017-18 season. Fittingly, he received 40 first-place votes.

San Francisco Giants outfielder Barry Bonds was also 40 when he earned the NL MVP in 2004. That was one year senior to the previous record holder: Pittsburgh Pirates first baseman Willie Stargell was 39 when he shared the 1979 NL MVP award with Keith Hernandez of the St Louis Cardinals.

Only two players in history have ever won MVP unanimously: Tom Brady in 2010 and Lamar Jackson in 2019.

Feels like some people need to be reminded lol

Detroit Red Wings legend Gordie Howe, like Brady, drew upon a Michigan background and seemed to be an ageless athlete. Howe, known simply as Mr Hockey, played in the NHL at the age of 52.

Brady will turn 45 on August 3. Howe was 45 in 1973-74 when he was named MVP of the WHA. That makes him the oldest player in a major-league sport to win MVP recognition.

However, Brady won’t be able to one-up Howe in one category. When Howe was named MVP of the WHA, the award he received was the Gordie Howe Trophy.

Howe was 34 when he won his sixth and final Hart Trophy as NHL MVP in 1962-63. He’s the only player to be named MVP in four different decades.

Currently, Brady is the co-second betting choice to win the 2022-23 NFL MVP odds with Buffalo Bills QB Josh Allen. Both are offered at a current betting line of +900. Kansas City Chiefs QB Patrick Mahomes, the 2018 NFL MVP, is the +750 betting favorite.

When that one friend says to bet against Tom Brady this season pic.twitter.com/o26SYH3TSY

Would you have made this massive wager on Brady to be the NFL MVP this season? Probably not. After all, history isn’t on his side.

Then again, as always, when it comes to the NFL, bet against Brady at your own peril.