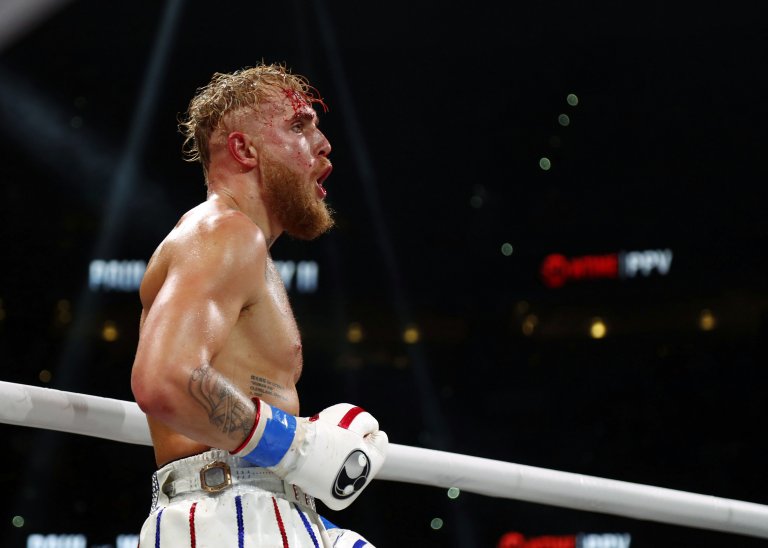 Jake Paul vs Hasim Rahman Jr. goes down this August at Madison Square Garden in New York City. The former is the favorite over the latter after opening Paul vs Rahman Jr. odds were released.

The Showtime boxing pay-per-view attraction is stoking the fires of oddsmakers who have already crafted a line for this one. Let’s take a look at the opening Paul vs Rahman Jr. odds as we analyze the upcoming fight.

As far as Jake Paul fighting Tommy Fury, that plan has been scrapped once again and perhaps for good this time.

Travel issues for Fury getting into America threw off this bout for a second time. Paul must again take on a replacement opponent (last fighting a rematch with Tyron Woodley in lieu of Fury’s initial pull-out).

Jake Paul is now 5-0 as a professional boxer with four knockouts. Paul last competed in December and finished Tyron Woodley in that aforementioned sequel bout via devastating knockout.

In this next outing, ‘The Problem Child’ will take on by far the most experienced pugilist he has ever faced up until this point. A step up in competition that is even being noted by people who have previously been at odds with the Youtuber/ Disney star and combat sports disruptor.

The knock-on Paul up until this point is that he has so far taken on opposition with zero boxing wins to their credit.

This next challenge comes against an adversary with more than double the professional experience and someone who has over a hundred amateur bouts prior to that.

Rahman Jr an Underdog vs Paul

Hasim Rahman Jr is the son of the former world heavyweight champion who bested Lennox Lewis and is a former sparring partner of Jake Paul’s.  This is the sophomore outing of the calendar year for Rahman Jr, while this is Paul’s first fight of 2022.

‘Sangre De Oro’ aims to rebound from the first loss of his professional career. This after accruing a winning streak of twelve straight fights prior to that April title fight setback.

Hasim Rahman Jr was a +150 underdog in that most recent fight vs Kenzie Morrison and is once again priced in that range in the Jake Paul fight opening odds.

In terms of how odds will move closer to the fight, I think Paul will remain the favorite but a less sizable one. I feel like the attempt to convey the parity in this one will be of paramount focus for the promoters and could sway a bit of sentiment towards Rahman Jr.

I think also the general betting public is really sold on a highlight reel.  A recent video came out of the two boxers being at odds with one another, adding to the legitimacy of the fight.

The @JakePaul-Rahman Jr. matchup came about because of a heated sparring session 😳 pic.twitter.com/GcdIIKx4LM

Paul is admittedly flashier on a percentile level with eighty percent of his wins being stoppages. Rahman Jr, meanwhile, sits at a fifty percent finishing rate. I feel like that’s reflected in these opening odds but a shift will transpire in the time leading up to fight week.