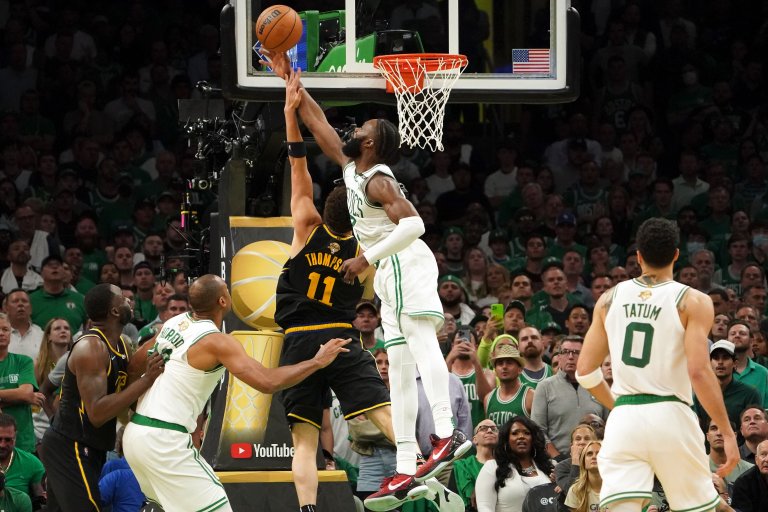 The Boston Celtics are 3.5-point home favorites over the Golden State Warriors in the opening line for Game 4 of the NBA Finals on Friday, June 10
Boston leads the best-of-seven series 2-1 with the next two games both slated for TD Garden
How will the odds be moving on this game? That is all assessed in the following story

In the NBA Finals between the Boston Celtics and Golden State Warriors, who is best in the second continues to play a significant role in which team is finishing first at the end of the night.

The team winning the second quarter has won all three games in this best-of-seven set. That was again the case in Game 3 on Wednesday as the series relocated to Boston’s TD Garden.

Oddsmakers are nothing if not consistent when it comes to the opening NBA betting lines for each game of the NBA Finals. In Games 1 and 2 at Golden State’s Chase Center, the Warriors were the 4-point chalk to open betting for both games.

Moving to Boston, the Celtics as the -3.5 chalk was the opening line for Game 3. And the Game 4 odds dropped, the Celtics are again the 3.5-point chalk. The favorite has covered the spread in each of the past two games.

Tipoff for Game 4 at TD Garden is set for 9 pm ET on Friday, June 10. ABC is carrying the broadcast. Canadians can catch the action on TSN.

Boston is the -115 favorite to defeat Golden State in the NBA title odds.

Jays Show The Way For Celtics

Boston’s size advantage appears to be wearing on the smaller Warriors. The Celtics dominated in rebounding (47-31), points in the paint (52-26) and second-chance points (22-11).

In NBA Finals history, when the series is tied 1-1 the team winning Game 3 has gone on to win 82% of all series.

Guard Steph Curry paced Golden State in Game 3 with a game-high 31 points. However, he was forced to leave the game in the fourth quarter after Boston’s Al Horford rolled into Curry’s left leg during pursuit of a loose ball.

His status for Game 4 is uncertain. Curry leads the Warriors in the series with 25.5 ppg.

Klay Thompson broke out of a shooting slump and scored 25 points for the Warriors. Golden State has won a road game in 26 successive NBA playoff series.

Curry’s Status Will Move The Needle

Certainly, bettors will be motivated by the news on Curry’s leg injury. He suffered a similar injury in a March 16 game against Boston. In that instance, Celtics guard Marcus Smart crashed into Curry’s left leg and he suffered a left foot injury. Curry sat out the final 12 games of the regular season.

If he can’t go, or it becomes apparent that Curry won’t be operating at anywhere near 100%, look for there to be plenty of action on Boston and for the line on the Celtics to lengthen.