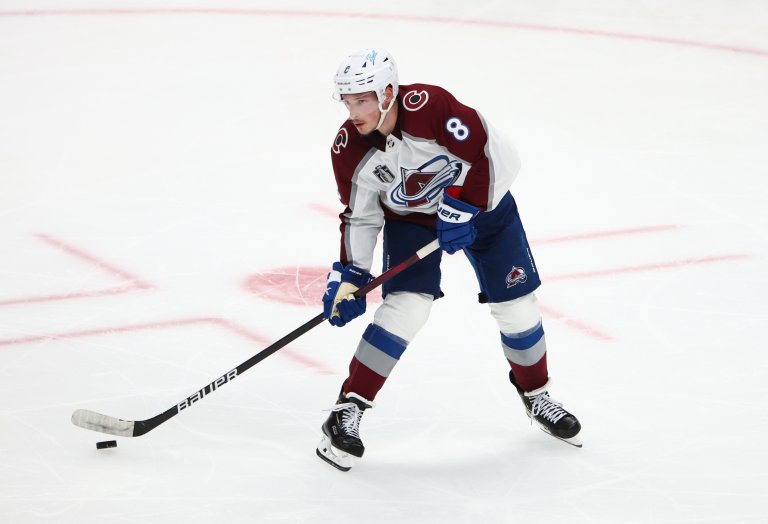 Cale Makar is a +200 favorite to repeat in the opening 2023 Norris Trophy Award odds
There hasn’t been a repeat winner of the Norris Trophy since Nicklas Lidstrom in 2006,  2007, and 2008
Four other defensemen have odds shorter than +1000, including past winners Adam Fox, Victor Hedman and Roman Josi

Opening 2023 Norris Trophy odds have been released with the offseason free agent frenzy winding down. This round of free agency did not have much of an impact on the top NHL defensemen.

Oddsmakers have made last year’s winner, Cale Makar, a +200 favorite in the Norris Trophy odds to repeat as the winner. However, this award has been a wild one and the last repeat winner was Nicklas Lidstrom (2006, 2007, 2008).

Let’s take at the opening Norris odds and give you some sensible predictions and an official pick for the upcoming season.

Considering the chaos of the Norris Trophy Award, Makar is chalky at +200. The Avs’ blueliner has an implied probability of 33.33% to win it for the second consecutive year.

Based on last season, Avalanche defenseman Cale Makar deserves to be the favorite in the opening 2023 Norris Trophy odds. He changed the game last season but received just 92 of 195 first-place votes to win the 2022 Norris by a whisker over Roman Josi.

Makar led all defensemen with 28 goals in 77 games on the way to an 86-point season. The Colorado defenseman tied among blueliners with six game-winning goals and led with 19 even-strength tallies. He was the second consecutive defenseman under 25 to win the award (Adam Fox in 2021).

None of the above.

They forgot about Cale Makar. You know, he only won the Norris and the Conn Smythe at 23. https://t.co/GEyV8CN8Ot

It was quite a debate between Cale Makar and Josi. Josi had ten more points and a ton of assists – most coming in a ridiculous 20-game run. However, the award does not always go to the highest-scoring defenseman. It also doesn’t hurt that Makar’s Avalanche lead in the Stanley Cup Odds too.

Longshots for the Norris Trophy Odds

It is possible that a defenseman could come out of somewhat nowhere in the 2023 Norris Trophy odds. Only a year ago, Fox won the Norris after opening in the +3000 range.

Moritz Seider won the Calder Trophy as the best NHL rookie last year. The Norris may be a bit of a stretch, but at +2500, the Detroit rearguard has some value considering the strong numbers he put up in 2021-22.

“It was special to watch”

“I think he will be one of the Norris Trophy candidates.”

Among the other longshots, it may be worth taking a look at someone like Rasmus Dahlin (+5000). The young blueliner is improving and back on the right track with a Sabres team that ended last season red-hot.

The best bets this year in the 2023 Norris Trophy Odds should have included Charlie McAvoy at +800. However, off-season shoulder surgery will keep the Boston defenseman out till the first week of December. That knocks McAvoy out.

The next candidate is former winner Adam Fox. Fox had an “off” season of sorts with just 74 points in 78 games. He is still under 25 as Fox continues to evolve with his game. Like McAvoy, he is still +800 and carries a good deal of plus-money value.

Brad Park (below) and Adam Fox have a lot of comps—Such a quick processing hockey brain. Park did shoot it harder, a PP scoring threat. Fox had 0 regular season PPG/2 in playoffs.)..Park finished second in Norris voting 6 times. 4 to Orr and 2 to Denis Potvin. Turned 74 yesterday https://t.co/GJ0TmVgDej

Makar and Fox both have great shots, but the latter does not utilize his often enough. That may come in time but his playmaking is in the stratosphere.

While Fox took a bit of a dip defensively last year, Fox and Makar are ranked on almost an equal plane all things considered career-wise. The Rangers’ defenseman is one to monitor, especially if his Norris odds lengthen a bit more before October.

Lastly, keep an eye on Aaron Ekblad at +1200. Health is a real nasty question mark, but Ekblad had 57 points in only 61 games last season. He looked a little less like himself after the injury, but watch out if he starts out hot again. Victor Hedman (+700) is also underpriced.

The problem with predicting the Norris Trophy this year is trying to look at what happened last year as any kind of baseline. Those debates will rage for decades given the award was separated by just 25 votes.

Making the playoffs is usually a prerequisite for winning the Norris, and the top six blueliners listed in the 2023 Norris Trophy odds all did so last season.

When weighing all the factors, our prediction is to take the plunge on Fox to bounce back and claim his second Norris Trophy. At +800, that’s some pretty solid value.

Talk about performing under pressure. ?

The #StanleyCupPlayoffsRecap is shining its light on 2020-21 Norris Trophy winner Adam Fox, who helped the @NYRangers stave off elimination five times during the 2022 playoffs.#NHLStats: https://t.co/CAlH6ctxyv pic.twitter.com/8gQjcA3v1p

My second choice is Makar at +200 as he is poised for another incredible year with a loaded Colorado Avalanche team.