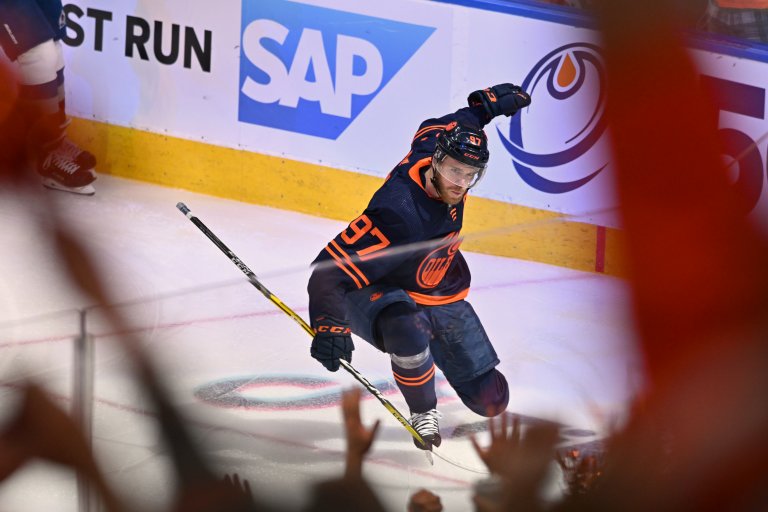 Oddsmakers are anticipating that Connor McDavid will once again ascend to the throne as the NHL’s most valuable player during the 2022-23 season. It’s McDavid who has been set as the +300 betting favorite to win the award in the Hart Trophy odds.

Auston Matthews, the Toronto Maple Leafs sniper who scored 60 goals last season en route to winning the Hart Trophy, is posting as the +420 second choice in this betting market. The last player to win successive Hart Trophies was Alex Ovechkin of the Washington Capitals in 2007-08 and 2008-09.

At the favorite’s betting line of +300, McDavid is given an implied probability of victory of 25%. Were you to wager $10 on him winning the Hart Trophy and McDavid came through, the payout on that bet would be $40.

McDavid A Safe Play For Hart

It’s hard to go wrong with placing a Hart Trophy future book wager on McDavid. You know he’ll be in the hunt for the award.

There’s no questioning that what Matthews accomplished last season by netting 60 goals was a remarkable achievement. He was the first NHL player to ascend to that plateau since Tampa Bay’s Steven Stamkos a decade earlier.

Matthews is first and foremost a goal scorer. Last season was the first time he’d collected more than 80 points in a season, setting career highs with 46 assists and 106 points.

That factor could prove problematic in his attempt to repeat as Hart Trophy winner. The last NHLer to post successive 60-goal campaigns was Pavel Bure in 1992-93 an 1993-94.

It’s entirely possible that Matthews will enjoy another spectacular season and score perhaps 52 goals. However, that number will seem like such a drop-off from 60, it will likely hurt Matthews in Hart voting.

Plenty Of Choices With Avalanche

The Colorado Avalanche are Stanley Cup champions and they’re the +450 chalk in the Stanley Cup odds to do it again next season. It was their first title since 2000-01.

Colorado hasn’t boasted of a Hart Trophy winner since Peter Forsberg in 2002-03. Will that slump also be ending soon?

Certainly, there are plenty of candidates. Start with center Nathan MacKinnon. He’s the fourth betting choice in the Hart odds at +1000. Mikko Rantanen is at +1200.

Cale Makar might be the best hockey player in the NHL. Is there any other active player with the kind of hardware he has at the age of 23?
Hobey Baker Award, Calder Trophy, Norris/Vezina/Hart Trophy (Pick 1), Conn Smythe Trophy, and Stanley Cup?? #AllHailCale ? pic.twitter.com/RD4DK9upGk

However, the best value on the Colorado roster just might be defenseman Cale Makar. The current Norris Trophy winner is putting up numbers that are placing him in rarified air among NHL defenders.

Hart voters are reluctant to cast ballots for defenseman. Chris Pronger (1999-2000) is the only defenseman to win the award since 1972. Makar is someone capable of ending that drought.

The best bet in all of this action, though, is McDavid. You know he’ll be right there in contention at the finish line. But maybe hedge your bets with a small wager on Makar in the Hart Trophy odds.