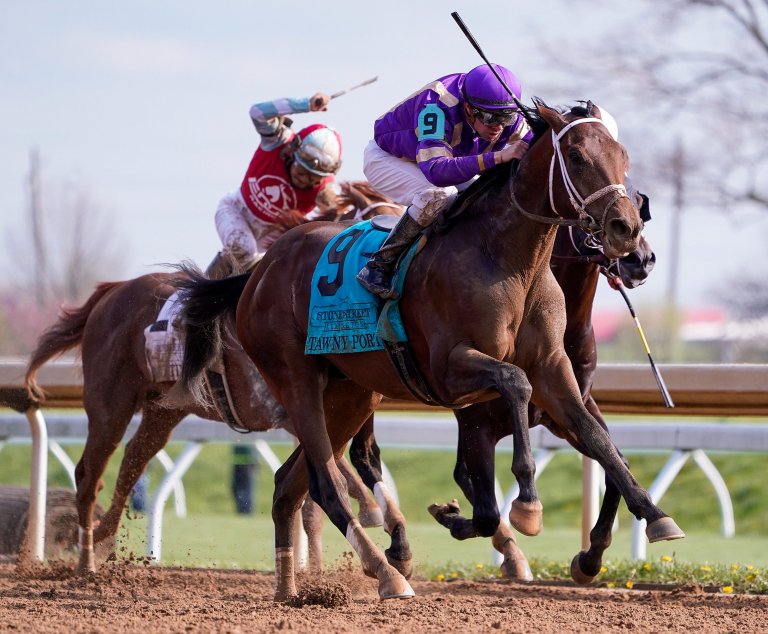 Saturday’s Ohio Derby at Thistledown features a few Kentucky Derby runners
Can White Abarrio, Tawny Port, or Classic Causeway rebound from the Run for the Roses?
Who provides betting value in the Cleveland suburbs this weekend?

As it pertains to the Sport of Kings, Ohio is best known as a neighbor to racing’s mecca, Kentucky. Those flying to Louisville sometimes can find more direct routes or cheaper fares to nearby Cincinnati. When the Kentucky Derby was won by massive longshot Rich Strike, his unknown jockey Sonny Leon frequently rides in the Buckeye State.

Once a year racing fans turn their eyes towards Ohio. The Grade 3 Ohio Derby attracts the second tier of three-year-olds. Rich Strike, Zandon, Epicenter, Jack Christopher, and Early Voting are aiming towards the Haskell Invitational, Jim Dandy Stakes, Travers Stakes, or Pacific Classic. However, that leaves a lot of other talented youngsters to chase a half million bucks Saturday at Thistledown.

Let’s look at the field and see if we can find some wagering value. And while legal Ohio sports betting may not yet be launched, stay tuned for upcoming news around legalization in the Buckeye State.

Post time on Saturday is slated for 5:35 pm ET. Temperatures are expected to be in the low 80s with very little chance of precipitation. The mile-and-an-eighth main event comes with a purse of $500,000. The Ohio Derby was first run in 1876.

Tawny Port is a tepid favorite in the Ohio Derby after finishing seventh in the Run for the Roses. That was four positions better than Classic Causeway, and some 16 lengths better than White Abarrio, who came in 16th.

At +8050 Tawny Port ran decently in Louisville after winning the Lexington Stakes at Keeneland on April 16. Two weeks earlier, he finshed second, more than three lengths clear of Rich Strike in a stakes race on a synthetic track at Turfway Park.

Classic Causeway was +7890 at Churchill Downs, got off slowly, and had some traffic in his trip. He ran poorly, finishing last in the Florida Derby, but won two prep races at Tampa Bay Downs.

White Abarrio went off at +1540 at the Kentucky Derby and was wide throughout, fading in the stretch. He won the Florida Derby and Holy Bull stakes leading up to the first Saturday in May. His four career victories are more than anyone else in this field, and he gets lasix, a medication that helps prevent bleeding and often leads to improved performance, for the first time on Saturday.

Ethereal Road will forever be known as the horse that scratched that led to Rich Strike getting in the Kentucky Derby. Passing on the Run for the Roses may have been the right decision too. On the Preakness undercard he looked terrific.

Like White Abarrio, Barese will be on lasix for the first time this weekend. The New York bred has run primarily against state-bred competition. He finished fifth behind Mo Donegal and Early Voting in the Wood Memorial. After winning his first three races, he has finished outside the top two in back-to-back tries.

Pineapple Man has run five races, all against New York breds. He has a single win, but has hit the board in four straight races. His last effort, a runner-up performance at Belmont Park on May 30 was probably his best career effort.

Remember the push and pull of how pari-mutuel wagering works. If one horse goes down in odds, someone else has to go up.

Tawny Port had the best result among the horses in this field at the Kentucky Derby. That is going to attract a lot of attention. So too will Ethereal Road. Not only was he the horse that helped get Rich Strike in the starting gate on May 4, but he turned around and ran lights out at Pimlico.

With focus on Tawny Port and Ethereal Road, White Abarrio could be to a degree forgotten. He has the best resume, the most wins, has earned the most cash by more than 300k, and races on lasix for the first time. He presents exactly the sort of value we are seeking in a race that is fairly open.