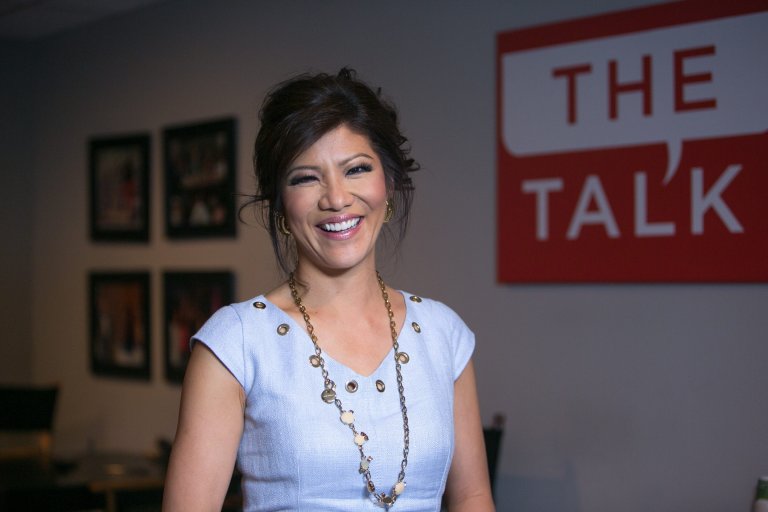 Talking Your Tech Julie Chen, a co-host and moderator of CBS’s “The Talk” and host of CBS’s “Big Brother,” photographed in the Talk green room in Los Angeles. [Via MerlinFTP Drop]

Big Brother USA Season 24 is over three weeks into production on CBS
Michael Bruner is the +450 favorite to win the season over Kyle Capener
Read below for Big Brother 24 odds, plus our betting pick for who will be crowned champion

Three weeks into Big Brother USA’s 24th season, there has been no shortage of drama and blindsides in the popular CBS reality show. With three contestants being eliminated from the show, odds have been released on who will emerge as the champion of the season.

Michael Bruner is co-favorite with Taylor Hall to be named ‘America’s Favorite Houseguest’, as voted by the audience. Bruner, who is a Big Brother superfan, is also the favorite to emerge from the pack to take home the title and the $750K that goes along with it.

Lets’ take a look at the Big Brother 24 odds to be crowned champion, and offer you our early pick.

Odds as of July 29th

There are 13 of the original 16 houseguests still in the game, following Paloma’s exit in week 1, “Pooch”, then Ameerah in week three.

Should Michael Be The Favorite?

It’s very fascinating that Michael is the favorite to win the game in the eyes of oddsmakers, considering he’s already been nominated for eviction twice in the first three weeks. He’s also won the Power of Veto on all three occasions, which proves he’s a dangerous threat in the house.

Should his combatants decide it’s best to ‘backdoor’ him (not allow him a chance to play in the veto competition, thereby him not being able to save himself from the block), he could go home. The saving grace for Michael is his newfound ‘leftovers’ alliance, which sees him in good standing with several players after a tremendous blindside of Ameerah.

Nicole to the superfan Michael: if you think of history of big brother, this is the first time that an alliance has put together an alliance to get rid of somebody

Michael is obsessed with Big Brother and a noted ‘superfan’ of the show, which immediately paints a target on his back. How often do superfans tend to win the game? Ian Terry and Andy Herren back in 2012 and 2013 spring to mind, but often they’re considered too dangerous.

I don’t love the idea of betting Michael to take the title, particularly as the favorite, considering he’s hit the block twice already – he’s too strong a competitor and offers little value for a wager.

Better Value For Other BB 24 Players

There is solid value across the board for the remaining players. The one that really sticks out is Monte Taylor at +900. He’s ingratiated himself well with his fellow houseguests, and to this point, has found himself in several alliances. He’s a part of the aforementioned ‘leftovers’ alliance, which flipped the house in the previous vote, and he’s also a strong physical competitor.

monte wants the leftovers to gather in the hoh room tonight if they can. “now we’re playing big brother. before we were lost in the sauce.”

taylor: 3 weeks in, finally in an alliance
monte: a real one, something that’s legit #bb24

Alyssa Snider at +1400 also sports intriguing odds because to date, she’s been in good with the ‘girls girls’ alliance, and she’s tight with Kyle. He may not have included her in the ‘leftovers’ alliance, but he appears to have a kinship with her, and likely would protect her. She’s been friendly with her fellow contestants and she could easily find her way into an alliance that would keep her safe.

That blindside of Ameerah last night on Big Brother was awesome, and the look on Alyssa’s face had me dying laughing. How easy is BB now Ameerah? Those four votes thought Turner was the biggest idiot for putting her up w/o the votes, lol. #bigbrother24 #BigBrother #BB24 #CBS pic.twitter.com/08jCphi1qs

However, the best bet is on Monte. He sports longer odds than the top three players on the board, which is decent value. A $10 wager on him would payout $100 if he’s able to be crowned champion.