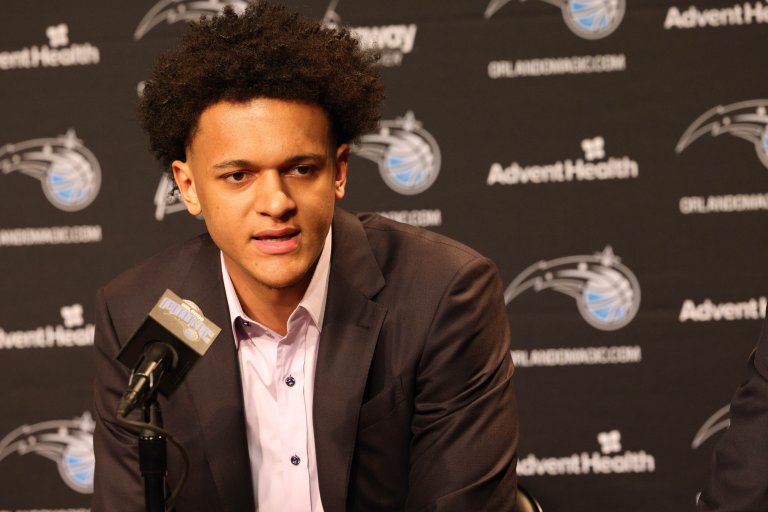 Once the chaos of free agency has calmed, the NBA offseason tends to produce other nuggets of drama. The latest social media frenzy has been centered around Dejounte Murray and Paolo Banchero at a pro-am game, with the two firing shots at each other on social media following a highlight dunk from Murray.

The publicity of this surprising feud has led to odds being released on a Dejounte Murray vs Paolo Banchero boxing match. They wouldn’t be the first NBA players to step into the ring, with Deron Williams recently fighting Frank Gore, but it seems unlikely the Hawks and Magic front offices would be too keen on the idea.

Still, that’s not going to stop us from diving into the possibility, and who would be the best bet in this hypothetical NBA bout.

Well, never say never, but there’s probably a better chance of the Magic topping NBA Championship odds next season than Murray and Banchero swinging at each other before the end of 2022.

The risk of injury would be severe. The Magic having just spent the first overall pick on Banchero, and the Hawks splashed considerable draft capital to pair Murray with Trae Young in the backcourt.

Still, this is the NBA, and sometimes strange things happen. Player power is greater than ever, and there seems to be new examples of that every week (Kevin Durant has just asked to fire the coach he wanted hired, for example). If Murray and Banchero wanted to fight, recent NBA history suggests their teams would let them do it, rather than risk upsetting them.

Banchero Has An Advantage

Murray is considerably favored in the hypothetical pre-fight betting at -220, which is a surprise given the size difference. Banchero stands at 6’10 with a wingspan just north of seven feet. Murray has a hefty 6’9 wingspan for a guard, but he’s still just 6’4. Banchero is not only taller — he also has a whopping 32-kilogram weight advantage.

Of course, Murray is considerably more agile and quicker. Exhibited with his ability to drive to the rim and stay in front of opponents on the other end, Murray is the nimbler of the two, while concerns about Banchero’s mobility were one of the main knocks on him leading up to the draft. Perhaps Banchero would be an easy target in the ring, with Murray able to evade his slower swings.

Banchero might not be the quickest guarding on the perimeter, but that doesn’t mean he’d be sluggish with the gloves on. He’s got a decent handle, and is a great playmaker — how would that translate to a bout with the smaller Murray?

Assuming neither of these two have a history in boxing that we don’t know about, we’d be leaning on physical attributes when placing a wager on this fight. Banchero’s massive size and weight advantage has to be a deciding factor if this squabble escalates from Instagram posts to jabs and hooks. We’d be backing the first overall pick at +155.