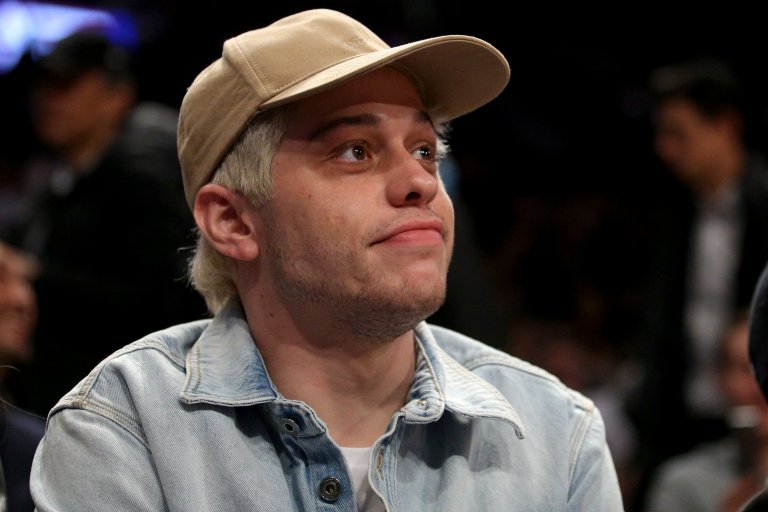 Pete Davidson is single again after a breakup with Kim Kardashian
Davidson has had high profile partners before, who might be the next one?
You can place bets on who Davison will date next, from Amber Heard, Selena Gomez and plenty more

Pete Davidson’s love life has been a whirlwind to say the least, with him being romantically linked to plenty of Hollywood stars. The latest woman he was with was Kim Kardashian, with the pair breaking it off recently after less than a year.

Previous high profile women he has been with include Ariana Grande, Kate Beckinsale, Phoebe Dynevor and plenty others. Reportedly, Kardashian and Davidson broke it off with the age difference – 28 to 41 – being a main factor, along with her dedication to her kids, while he enjoyed a more spontaneous life.

The gossip columns and paparazzi will have a field day trying to ascertain just who will be Davidson’s latest squeeze, and there most certainly is no shortage of options.

Odds for Pete Davidson’s Next Girlfriend

Odds as of August 11th

The top-three choices on the board in Kardashian, Phoebe Dynevor and Olivia O’Brien have all been linked with Davidson in the past, so therefore with their history, they’re considered the safer choices.

Another fascinating name that is one of the contenders in the eyes of oddsmakers is that of Amber Heard. She, of course, has been through a high profile divorce and court case with her ex Johnny Depp, and her next potential partner is much topic of conversation as well.

Some fascinating names that are considered super longshots are Jennifer Aniston, Demi Lovato and Charlize Theron.

One thing is certain – much like with Kardashian, Davidson likes dating older women, and has shown a proclivity for doing so in the past, so anything is possible.

It shouldn’t be a major surprise that his latest lover Kim Kardashian is the favorite at +900. Unlike Heard and Depp, the Davidson/Kardashian union, by all accounts, didn’t end following disastrous circumstances.

Distance is one of the factors that is cited for their parting of ways, as he was filming a movie in Australia. However, as internet sleuths have pointed to following a viral video, perhaps Kim should’ve been worried about another woman holding hands with Pete.

We should’ve seen this coming. pic.twitter.com/BXzTUl3yQp

Martha Stewart isn’t listed in the odds for who Davidson will shack up with next, but that would totally break the internet if they kindled a romance, with her being 53 years his senior.

Selena Gomez has had her fair share of high profile boyfriends, with Justin Bieber being front and center. That list reportedly also includes The Weeknd, Nick Jonas, Orlando Bloom, and others. She’s much more in the age range as Davidson, as the former Disney star is just two years older than him.

While Davidson has taken a shining to older women in the past, he hasn’t exclusively been with women several years older than him. Perhaps he’ll reflect on his latest breakup and want to find someone closer to him, age wise.

Regardless of who Davidson ends up settling down with next, it’ll be a challenge with demanding work schedules often being the reason why high profile couples aren’t able to work long term. With Selena Gomez, you’re getting her at better value than the top-four choices on the board.