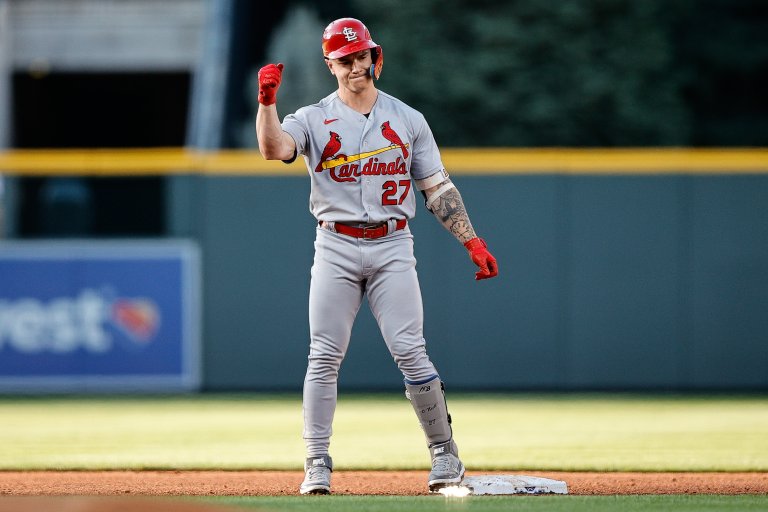 A busy slate of 14 games is on tap for Friday, August 11, in Major League Baseball
The St Louis Cardinals and Milwaukee Brewers scored a combined seven runs in the first inning of their games on Wednesday
See the NRFI and YRFI odds and picks in MLB for Friday

The St Louis Cardinals and Milwaukee Brewers meet Friday to begin a significant three-game series in the NL Central Division. Based on recent history, it might be wise to count on some early run action.

Meanwhile, the AL East sees the New York Yankees tangling with the Boston Red Sox in a renewal of baseball’s longest-running feud. The Yankees are baseball’s best bet for first-inning fireworks this season.

Cardinals, Brewers Getting on the Board

All season long, the Cardinals have proven to be quick off the mark. With an average of 0.66 runs in the first inning, St Louis ranks #3 in the entire MLB in this category.

Milwaukee isn’t as quickly productive as St Louis but the Brewers are a fairly decent YRFI club. Milwaukee rates 12th overall in MLB with 0.55 runs per game in the first inning.

Over the past three games, the Brewers are averaging 1.00 runs per game in the opening inning. They scored twice in the opening frame on Wednesday against the Tampa Bay Rays.

What are the Rockies doing??? WHY HAVE THE CARDINALS SCORED 5 RUNS IN THE FIRST INNING???

That was at home at American Family Field, though. There, the Brewers are averaging 0.76 first inning runs, tied for second in all of baseball. On the road, Milwaukee is scoring 0.37 first inning runs on average. That’s only good for 20th in MLB.

However, St Louis is producing big time in opening innings over the past four games. The Cardinals are averaging 2.00 runs per game over that span. On Wednesday, St Louis put five first-inning runs on the board against the Colorado Rockies.

At home, the Cardinals are eighth in MLB with 0.71 runs per game in the opening inning.

When it comes to the NRFI, the AL Central appears to be embracing it. The Chicago White Sox, #25 at scoring in the first inning (0.41), are coming out of a series in which they played the Kansas City Royals. KC also is scoring 0.41 runs on average in the first inning.

Friday, the White Sox are opening a series playing host to the Detroit Tigers.  The Tigers have turned not scoring runs into an art form.

Detroit is scoring 0.30 runs per game in first innings this season. When they take their show on the road, the Tigers are bringing home an MLB-worst 0.15 runs in the opening innings of their games.

White Sox right-hander Michael Kopech is showing a 4.12 ERA in 20 first innings this season. Good thing for him that he’ll be facing Detroit’s pop gun attack.

Boston isn’t as productive early in the game. The Red Sox average 0.44 runs per game in the opening inning. However, at Fenway Park on Friday they get to swing against Yankees right-hander Domingo German. His first-inning ERA is 6.75.

For the Red Sox, righty Nathan Eovaldi is showing a 2.65 first-inning ERA.