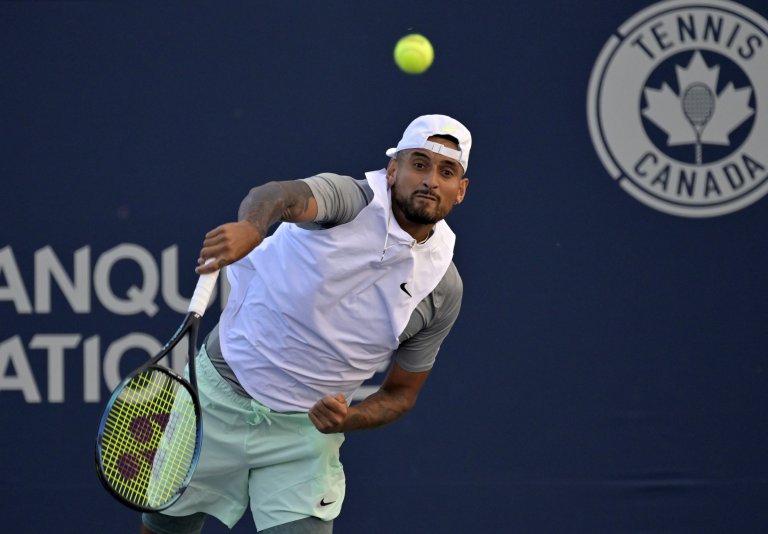 Australia’s Nick Kyrgios is a -220 favorite over Poland’s Hubert Hurkacz in the men’s singles quarterfinal match at the ATP National Bank Open on Friday, August 12
Kyrgios has won nine straight matches and has reached at least the semifinal in five of his past six tournaments
All of the Kyrgios vs Hurkacz odds, picks, predictions and best bets are assessed in the following story

The summer of Nick Kyrgios is continuing this week in Montreal at the ATP National Bank Open. A day after knocking out world number one Daniil Medvedev in a come-from-behind victory, Kyrgios trounced countryman Alex de Minaur in straight sets to book a ticket into Friday’s quarterfinal.

Now he’ll face Hubert Hurkacz for a spot in the semis, and oddsmakers are certainly not expecting a Kyrgios letdown.

Odds as of August 11th at FanDuel Sportsbook

The brash Aussie opened up as a sizeable -220 moneyline favorite. Kyrgios won last week’s stop at the Citi Open in Washington, and the way he’s playing this week another title is looking more and more likely with each passing match.

Unlike his three-set thriller versus Medvedev, Thursday’s Round of 16 match versus de Minaur was a walk in the park for Kyrgios. He cruised to a 6-2, 6-3 win, smacking 22 winners against just nine unforced errors.

The victory was his ninth straight and it improved him to 14-1 in his last 15 singles matches. Kyrgios is seeking his sixth semifinal berth in his last seven tournaments, a run that included the aforementioned victory in Washington and a runner-up result at Wimbledon.

His recent form is arguably the best in the men’s game and it has prompted some pretty high praise from former star Andy Roddick. The 2003 US Open champ believes Kyrgios should be one of the favorites in the US Open odds for next month’s Grand Slam at Flushing Meadows, and the way the Aussie is playing it’s hard to argue.

A coveted spot in New York [email protected] is now guaranteed to be seeded at the US Open.#OBN22 pic.twitter.com/xTH34FErUZ

Kyrgios’ serve is virtually untouchable, while his forehand is lethal. He keeps opponents off balance with his underhand hijinx and between-the-legs passing shots. When his mind is right, like it has been all summer, it’s tough to argue there’s a more fiery competitor on the circuit.

Kyrgios’ opponent Hurkacz had a much tougher time punching his ticket to the quarters. The 25-year-old was pushed to the brink by Spain’s Albert Ramos-Vinolav, edging out a 6-7, 6-2, 7-6 win.

Rollin’ lucky ? into the last eight @HubertHurkacz fends off match point to prevail past Ramos-Vinolas 7-6(3) at the tail [email protected] | #OBN22pic.twitter.com/argC0RE1SA

Hurkacz saved a match point in the final tiebreaker before putting Ramos-Vinolav away, but it marked the second straight day he’s needed three sets to earn a victory. His serve was once again his biggest weapon as he smacked 23 aces to only one from Ramos-Vinolav. Hurkacz converted all four of his break point opportunities while winning 53% of the total points overall.

Prior to this week, he’d lost in his opening round match in back-to-back tournaments including at Wimbledon, and in three of his past four starts overall. The lone exception during that stretch was at the Wimbledon tune-up in Germany. That’s where he captured the Halle Open title on grass, defeating Kyrgios in the semifinal along the way.

Hurkacz may have gotten the best of Kyrgios in their lone career meeting but the outcome should arguably have been different. Kyrgios didn’t lose a single game on his serve but still fell 4-6, 7-6, 7-6.

Fast forward a month and a half and Kyrgios has only improved on the fantastic form he flashed in Germany, while Hurkacz has largely been a disappointment since claiming that title. Even this week Hurkacz has struggled to put away inferior opponents, while the Kyrgios machine keeps churning out impressive victories.

Given the Aussie’s recent form, and the fact that they’re playing on Kyrgios’ best surface, there’s no reason to fade the bad boy of tennis. Sure, -220 is a steep price but he’s proven over the last six weeks he’s more than worthy of that kind of respect from oddsmakers.