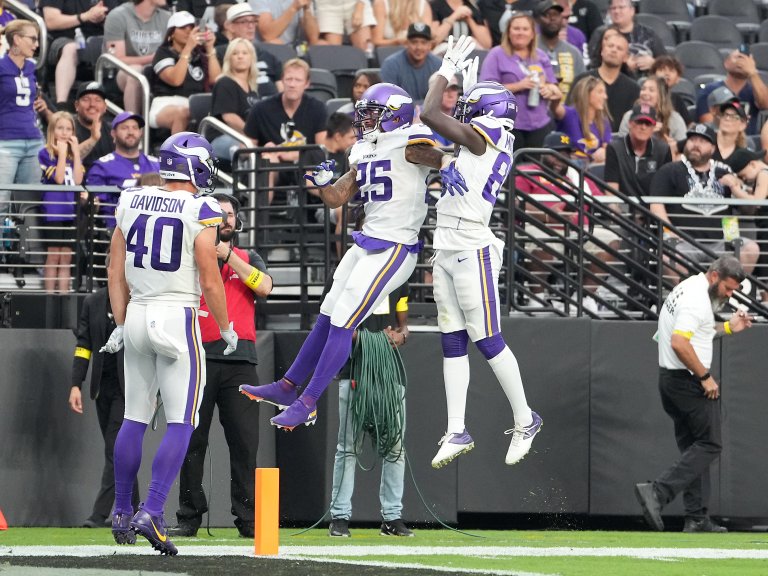 Week 1 of the NFL preseason was so over it. Just about everywhere, as a matter of fact.

Including the Hall of Fame Game between the Los Angeles Raiders and Jacksonville Jaguars, there were 17 games in total comprising Week 1 of NFL preseason play. Astonishingly, in 14 of those 17 games, the over was the play that hit on the total. Eleven of the 17 games saw the total go over 40 points.

That’s not how it’s supposed to work. According to the traditional football form charts, defense is thought to be a step ahead of offense on the early preseason learning curve. Generally, that leads to plenty of low-scoring games during the opening week of preseason play.

Why the Sudden Uptick In Total Numbers?

This increase in preseason point production could all relate to the men under center. A lot of quarterbacks moved to new homes following last season and it seems that everywhere you look, there’s either a battle for QB1, or a QB1 looking to prove themselves to their fresh set of teammates and be welcomed by the fan base.

Whether it is Russell Wilson (Denver Broncos), Carson Wentz (Washington Commanders), Deshaun Watson (Cleveland Browns), or Matt Ryan (Indianapolis Colts), there’s a number of old quarterback faces in new places. Is that driving up the point production and each of them is working to learn a new offense? Possibly.

…noted how he’s picked up the offense “rapidly”

Perhaps even more stimulating to offensive production is the high percentage of QB1 competitions unfolding across the league. Baker Mayfield and Sam Darnold are fighting for the #1 position with the Carolina Panthers. Geno Smith and Drew Lock are doing likewise with the Seattle Seahawks.

Elsewhere, rookies are seeking to state their case in cities when the veteran’s hold on the QB1 place on the depth chart is tenuous. That includes Malik Willis looking to unseat Ryan Tannehill with the Tennessee Titans. Kenny Pickett is seeking to take the job from Mitch Trubisky with the Pittsburgh Steelers. Desmond Ridder is hoping to outperform journeyman Marcus Mariota with the Atlanta Falcons.

As the sports betting sites were setting the odds for Week 2 of the NFL preseason, they were tipping the scales toward heavier numbers when it comes to the total.

During Week 1, no game was showing a total higher than 37 points. Nine games were displaying totals under 35 points.

In the Week 2 NFL odds posted at Caesars Sportsbook, 13 of the 16 games on the slate were assigned totals of 40 points or greater. No game is showing a total shorter than 37.5 points.

The Falcons-New York Jets games and Commanders-Kansas City Chiefs games are setting the high water mark. Each is listing a total of 42.5 points.

It’s Totally Carrying Over to the Regular Season

DraftKings Sportsbook is displaying NFL public betting trends for Week 1 of the regular season and the over is getting plenty of early action in the total plays on season openers.

Charting the one Thursday night game and the 14 Sunday games featured in the first week of regular-season play, it’s showing the public handle is backing the over in 11 of those 15 games.

We open the regular season one month from today vs the Falcons ?

The Browns-Panthers game is displaying that 88% of handle and 75% of bets are supporting the over in the total. The New Orleans Saints-Falcons contest has 94% of the total handle pounding the over.