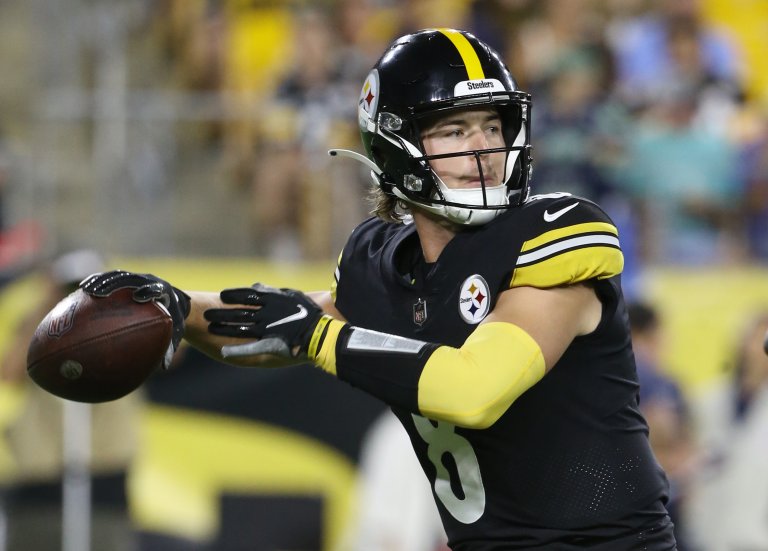 The second week of the NFL preseason is already underway. Fans can only hope the other 15 games are better than the nationally televised clunker Thursday.

The Chicago Bears took a 24-0 lead by halftime and went on to beat the sloppy Seahawks 27-11 in Seattle.

Two national TV games are on tap this weekend with the Arizona Cardinals hosting the Baltimore Ravens at 8 pm ET on Sunday on Fox. Then at 8 pm ET Monday, the Atlanta Falcons visit the New York Jets on ESPN.

NFL Picks for Week 2 of Preseason

Odds as of August 19 at Barstool Sportsbook

The Detroit Lions visit the Indianapolis Colts with Detroit as 3.5-point favorites at 1 pm ET Saturday at Lucas Oil Stadium.

The Lions dropped their preseason opener last weekend, 27-23 to the Falcons in Atlanta. Falcons rookie quarterback Desmond Ridder threw a 21-yard touchdown pass to Jared Barnhart with 1:30 left for the winning score.

The Colts lost by an almost identical score to the Bills in Buffalo, falling 27-24. Matt Ryan played in his first game for Indianapolis and completed 6 of 10 passes for 58 yards against Bills backups.

Neither Ryan nor Lions starting quarterback Jared Goff will play. However, Colts QB2 Nick Foles is expected to see action through at least the first quarter and the man who guided the Philadelphia Eagles to a Super Bowl victory in 2017-18 tips the scales Indianapolis’ way as a home underdog.

At 7 pm ET Saturday, the Jacksonville Jaguars host the Pittsburgh Steelers at TIAA Bank Stadium. The Jaguars are 2.5-point favorites.

The Jaguars are 0-2 so far in the preseason as they also played in the Hall of Fame Game two weeks ago in Canton, losing to the Las Vegas Raiders.

Steelers rookie quarterback Kenny Pickett is expected to see action against the Jaguars’ first-team defense. The first-round draft pick shined against the Seattle Seahawks’ reserves last week when he was 13-of-15 passing for 95 yards and two touchdowns while rallying the Steelers to a 32-25 victory.

Jacksonville has given up 51 points in its two games. Pickett is third on the Steelers’ depth chart but competing with Mitch Trubisky and Mason Rudolph for the starting job.

Pickett is motivated to play well, and coach Mike Tomlin always is motivated to win in August. The Steelers are 35-24 in exhibition games during Tomlin’s tenure, including 13-4 since 2017.

The scepter of new quarterback Deshaun Watson’s suspension has hung over the Cleveland Browns throughout training camp. It was finally resolved Thursday when Watson settled with the NFL for an 11-game ban and $5-million fine.

Jacoby Brissett will begin the season as the Browns’ QB1 but won’t play Sunday at 1 pm when they host the Philadelphia Eagles at FirstEnergy Stadium. Neither will Eagles starting quarterback Jalen Hurts in a game in which the Eagles are a 2.5-point favorite in the NFL odds.

Browns backup Josh Dobbs looked very good in last week’s win over the Jaguars, connecting on 10 of his 13 pass attempts for 108 yards and a touchdown.

The Eagles lost to the New York Jets 24-21, though Hurts completed all six throws for 80 yards and a TD while playing only the opening series.

Granted, it is a small sample size but it’s instructive to note Browns coach Kevin Stefanski is 4-0 in his career in preseason games while the Eagles’ Nick Sirianni is 0-3.