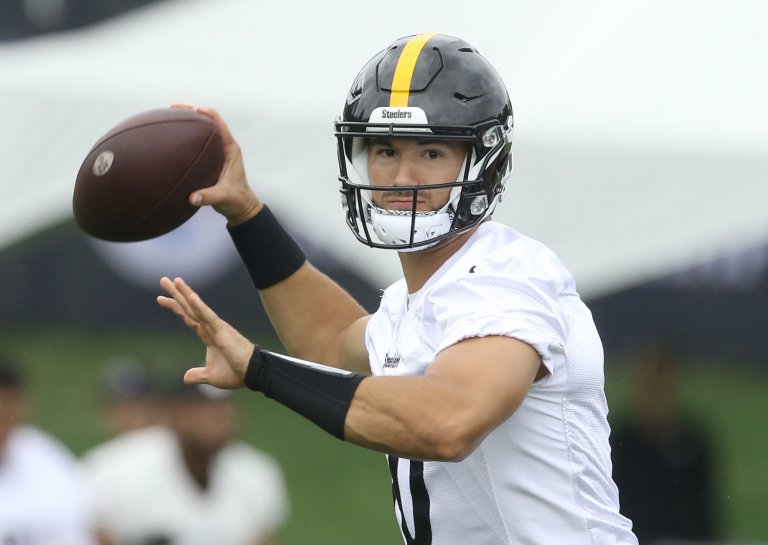 The Chicago Bears are 1.5-point home underdogs to the Kansas City Chiefs in NFL Week 1 preseason action on Saturday, August 13
Bettors can access the same +1.5 line on the hometown Houston Texans against the visiting New Orleans Saints
All of the Week 1 NFL preseason picks, predictions and best bets are analyzed in the following story

You know it’s NFL preseason time when everyone is excited to see the quarterback in the Chicago Bears-Kansas City Chiefs game, and the quarterback causing that excitement is Justin Fields.

Speaking of QBs, who isn’t anticipating the dawn of the Drew Lock era with the Seattle Seahawks going head-to-head with the beginning of the Mitch Trubisky years for the Pittsburgh Steelers?

Week 1 of the NFL preseason officially got underway Thursday and the tradition of the Baltimore Ravens winning continued. They racked up their 21st successive preseason victory with a 23-10 decision over the Tennessee Titans.

There’s still another 14 games on tap over the weekend. Here’s the best bets that you should be considering for Week 1 of NFL preseason action.

NFL Picks for Week 1 of Preseason

The Chicago Cubs just played in the MLB “Field of Dreams” game. Two days later, it’s the Bears who are turning to their Fields of dreams. Or so they hope.

This will be the first season in which 2021 first-round draft pick Justin Fields is QB1 in Chicago. New Bears head coach Matt Eberflus is planning to play Fields and his starting offense at home in the preseason opener. He’s going to give them what Eberflus is describing as a good long look.

man of the people🫡 @justnfields pic.twitter.com/oKhDVfCA9a

Chiefs head coach Andy Reid is expecting to use QB Patrick Mahomes and all of his first stringers for the first quarter. He’ll be go to Chad Henne and the second team in the second quarter, followed by Shane Buechele and the third team (third quarter) and Dustin Crum and the fourth team (fourth quarter).

After Fields, the Bears will follow with Trevor Siemian and Nathan Peterman under center. While certainly not stars, both are serviceable NFL QBs.

Kickoff for the Chiefs vs Bears at Soldier Field is set for 1 PM ET on Saturday, August 13 and is being carried by the NFL Network.

These two teams clashed in Super Bowl 40 in what was one of the dullest Super Bowl games of all time. But compared this tilt, that one may end up looking like a sensational contest.

In the NFL win totals this season, not much is being expected from the Steelers (7.5) or the Seahawks (5.5). In each case, the under is the play offering the most potential profit.

The under also looks like the way you should be playing this preseason clash between Seattle and Pittsburgh. For starters, it’s going to feature a QB duel between  Drew Lock for the Seahawks and Mitch Trubisky for the Steelers. If that doesn’t scream offensive struggles, then you’re really new to this NFL betting thing, aren’t you?

This Seahawks vs Steelers game is set for 7 PM ET at Acrisure Stadium on Saturday, August 13 and will be broadcast on the NFL Network.

Another sign that it’s the NFL preseason – betting on the Houston Texans is making good sense. Houston is a 1.5-point home underdog facing the New Orleans Saints.

However, Saints starting QB Jameis Winston (sprained right foot) won’t be playing in the game. Neither will Texans #2 QB Kyle Allen. He tested positive for COVID-19 on Thursday.

Davis Mills will get the start for Houston. Then it’s likely going to be former Detroit Lions starter Jeff Driskel for much of the game. Still, the Texans, under new head coach Lovie Smith, will be wanting to deliver something of promise to the faithful in the preseason opener.

The Saints vs Texans game will be kicking off at 8 PM ET on Saturday, August 13 at NRG Stadium.