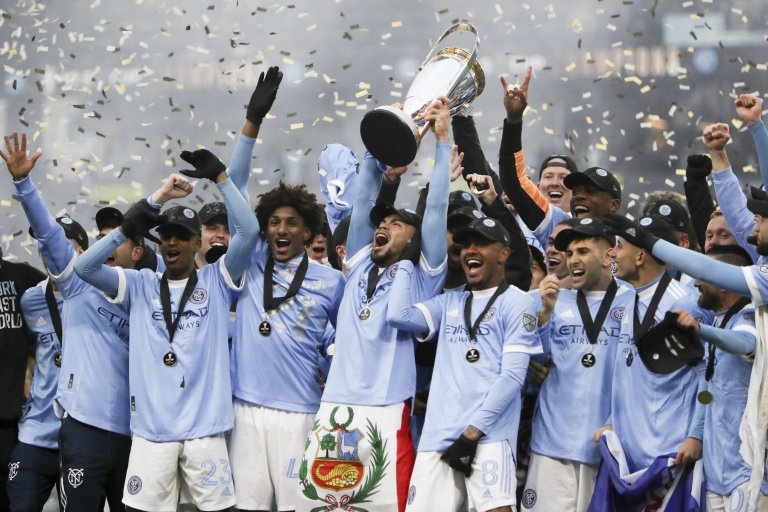 It is New York Red Bulls vs New York City FC in the quarterfinal of the US Open Cup on June 22 at 10:00 pm ET at the Red Bull Arena. Due to the covid pandemic, this is the first time this tournament – the biggest and oldest cup competition in US soccer – has been held since 2019.

The quarterfinal line-up includes six teams from the MLS plus Sacramento, who play their soccer in the US’s second tier, the USL Championship, and Union Omaha from the third-tier, USL League One.

We preview New York Red Bulls vs New York City FC, the Hudson Derby, and offer below some analysis, team news, and picks for this huge Open Cup quarterfinal.

Odds as of June  22 at Caesars Sportsbook.

The draw after 90 minutes offers a better return at +240 with an implied probability of 29.41% but generally, the odds reflect just how well-matched these two teams are.

This is a clash of the titans in every way, particularly as these two are currently first and second in the Eastern Conference of the MLS. As things stand, it’s NYCFC who lead the conference by a single point, albeit Red Bulls have played two games more. But it’s clear these two are very well-matched, even to the extent of both having scored 26 goals so far in the MLS.

The Red Bulls’ 7-5-4 record has set them up perfectly for a charge to the post-season playoffs but this week their attention will turn to the US Open Cup – a competition they have never won. The closest they came was in 2017 when they were beaten by Sporting Kansas City in the final.

The Red Bulls have played three games in order to reach the quarterfinals, starting with a third-round 2-1 win away at Harford Athletic of the USL Championship. In the Round of 32, they made light work of DC United – winning the game 3-0 – and in the Round of 16, they comfortably beat Charlotte FC 3-1 at home.

Playoffs Already in Sight for NYCFC

NYCFC have been on fire this season and have put themselves among the favorites to lift the MLS Cup in November, with only LAFC more fancied right now. Their 8-3-3 record means they are already only about five more wins away from earning themselves a place in the post-season playoffs.

After having won the MLS Cup for the first time last season, NYCFC will fancy their chances of doing so again and if they can also claim the US Open Cup, they will be one of only nine teams to do ‘the double’ in the history of US soccer.

As NYCFC didn’t enter the Cup until the Round of 32 – based on their MLS record of 2021 – they have only had to win two games to reach the quarterfinal. First up, they faced Rochester New York FC and beat them comfortably 3-1, and then in the Round of 16 they needed extra time and a goal from Santiago Rodriguez to beat New England Revolution 1-0.

Red Bulls start as narrow favorites but there is little to choose between these two, with only home advantage giving them the edge in the bookies’ eyes.

For me, with NYCFC in brilliant form and with their odds slightly longer, they represent the value, although expect any victory to be just by the odd goal.