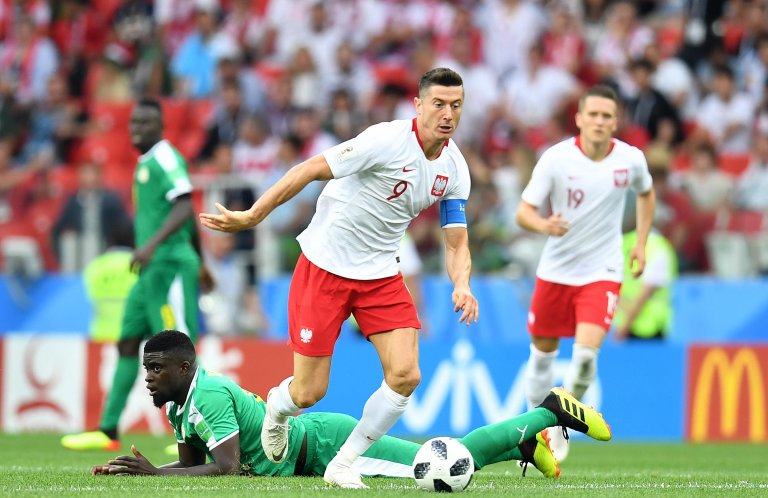 Netherlands and Poland clash on Matchday 3 of the UEFA Nations League on Saturday
The Dutch are a heavy -278 favorite
The Netherlands vs Poland odds, preview, analysis, and best bet can be found below

Matchday 3 in the 2022-23 UEFA Nations League is packed with quality fixtures and in Group A4 action, the high-flying Netherlands welcome Robert Lewandowski and Poland to Rotterdam for a huge clash. The kick-off is scheduled for 2:45 PM ET. Keep reading for the Netherlands vs Poland odds.

The Dutch currently sit top of the pod with a perfect 2-0-0 record, beating Belgium and Wales in back-to-back games. As for the Poles, they secured a victory against the Welsh in their opening match but were then embarrassed by the Red Devils on Wednesday, losing 6-1.

Odds as of June 10th at Barstool. Check out these Barstool Sportsbook bonuses before betting this match

The hosts are a heavy -278 favorite to win Saturday’s clash, with Poland a notable underdog at +700 odds. Holland has also won four in a row against the Poles.

The total 2.5 goals at -148 odds for the over should hold big value here because five of the last six meetings between these two sides comfortably hit the over.

Louis van Gaal’s side heads into Saturday in very impressive form. They haven’t lost since Euro 2020 to the Czech Republic, a span of 11 outings, and currently boast World Cup odds of +1400, which is the ninth-best. Plus, the Netherlands began this Nations League campaign in the best way possible, running riot on a top-notch Belgium side. The Oranje were four goals to the good by the 65th minute, with Memphis netting a second-half brace.

The Dutch followed that up with another three points against Wales, but it wasn’t as convincing. Gaal’s men looked like they were going to settle for a point until Burnley man Wout Weghorst scored a thumping header in the dying seconds of injury time to give the Netherlands another key victory. Now, Holland will be on home soil for their next two fixtures.

Poland meanwhile got off to a terrific start in this group with their win over the Welsh thanks to a couple of second-half goals from substitutes Jakub Kaminski and Karol Swiderski. However, Czesław Michniewicz’s squad then came up against a very motivated Belgium team who were just dominated by the Dutch. Unfortunately, the No. 3 ranked side in the world took care of the Poles in convincing fashion, making keeper Bartlomiej Dragowski look silly.

Lewandowski actually got Poland on the scoresheet early thanks to a clinical finish, but it went all downhill from there. Their backline was absolutely overmatched by a vibrant Belgian attack in Brussels, as six of the hosts’ 11 shots on target found the back of the net. However, that was only the Poles’ second defeat in their last previous 10 matches.

van Gaal decided to rest essentially all of his first-string attackers against Wales, with Frenkie De Jong, Memphis Depay, and Steven Bergwijn, among others, expected to return to the starting XI on Saturday. Also, the Netherlands hasn’t lost to Poland in 43 years, a span of 10 encounters.

While the Poles will be very motivated to bounce back after such a lifeless performance in Belgium, the Dutch are looking far too good to bet against right now. Since the moneyline offers little value, I like the hosts to win and both teams to score because Poland has found the back of the net in nine straight outings on the road.