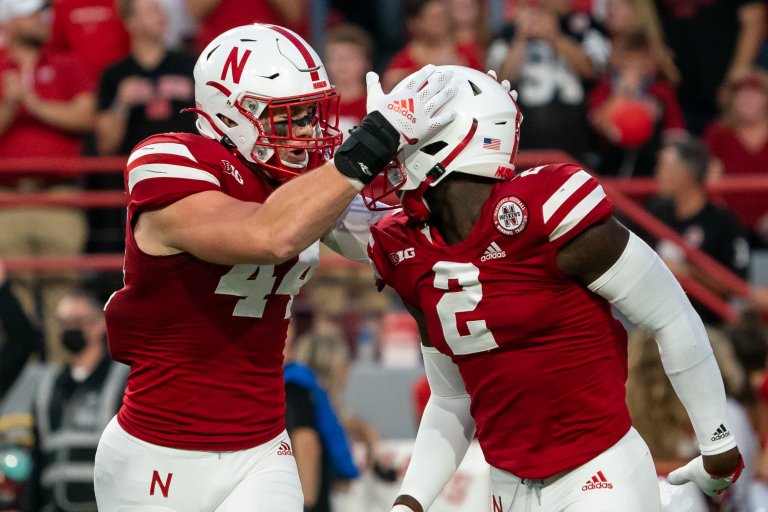 Nebraska is a 13.5-point favorite over Northwestern in a Big Ten game in Dublin, Ireland on Saturday
Northwestern is 5-6 SU and 7-4 ATS in the series since the Huskers joined the Big Ten in 2011
Read below for Nebraska vs Northwestern odds, analysis, and betting prediction

Nebraska is a 13.5-point favorite in the season and Big Ten opener against Nebraska at Aviva Stadium in Dublin, Ireland, on Saturday (August 27) at 2:30 pm ET on FOX. The Cornhuskers are 6-5 SU and 4-7 ATS in the series since joining the Big Ten in 2011. The Huskers are 3-4 SU and ATS  in the last seven.

Northwestern suffered a 56-7 loss in Lincoln last season, the most lopsided game in the series and the Huskers’ biggest margin of victory in their 11 Big Ten seasons. Eight of the previous 10 games had been decided by eight points or less.

Let’s analyze the Nebraska vs Northwestern odds and find the best bet for Saturday’s Week 0 game.

Up and Down Wildcats

If history holds, this will be a bounce-back season for Northwestern. The Wildcats have alternated winning and losing seasons since 2018  — they were 10-3 in 2018 and 7-2 in COVID-19 shortened 2020, winning the Big 12 West title each season while bucking the conference title odds. They finished 3-9 both last year and in 2019. Before that were nine- and 10-win seasons.

The Wildcats have yet to announce a starting quarterback. Ryan Hilinski was 2-2 in four early-season starts a year ago after a shoulder injury sidelined starter Andrew Marty, but he lost the job when Marty returned. Sophomore Brendan Sullivan, who did not play in 2021, is competing with Hilinski this season, and both are likely to play Saturday.

The offense should improve behind expected NFL first-round pick junior tackle Peter Skoronski, one of five returning offensive linemen. The Wildcats scored three or more touchdowns in five of their first six games a year ago but had two or fewer during their season-ending six-game losing streak.

The Cornhuskers have replaced transfer Adrian Martinez (Kansas State) with Texas transfer quarterback Casey Thompson, which should be an upgrade, at least according to the latest iteration of the CFB win totals. Like Northwestern, the Huskers were 3-9 a year ago.

Thompson threw for 2,113 yards and had 24 touchdowns against nine interceptions in 10 starts with the Longhorns in 2021 while playing through a thumb injury but left the program when Quinn Ewers transferred in from Ohio State.

Martinez is more of a runner than a passer — he had 525 yards and 13 rushing touchdowns a year ago and has 2,301 career rushing yards — but Thompson is a better fit with new offensive coordinator Mark Whipple, who was Kenny Pickett’s coordinator at Pitt a year ago.

It’s Been a Minute

There is not a lot of reason to believe in Nebraska football, once one of the top programs in the country. The school is in its worst stretch in more than 60 years, although the NCAAF strength of schedule rankings are not favorable for either team here.

The Huskers have not had a winning season since 2016 and have not won a bowl game since the year before that. Coach Scott Frost is 15-29 in four seasons since returning to his alma mater, which he led to a partial national championship in 1997. He is 10-25 in Big Ten play, and he returned this season only after taking a $1 million pay cut and firing four assistant coaches.

“It’s not because they’re not in shape – he’s just working them hard.”

Nebraska has 16 road losses since 2018, tied for third among Power Five teams, and their .286 Big Ten winning percentage is ahead of only Rutgers and Maryland.

The outcome last season was the ultimate outlier in a series that has been played every year since Nebraska joined the Big Ten in 2011. Last year, a frustrated Nebraska team coming off consecutive close losses to Oklahoma and Michigan State used some early big plays to run it up against a Wildcats team that had lost its starting quarterback two weeks before. That isn’t the case here.