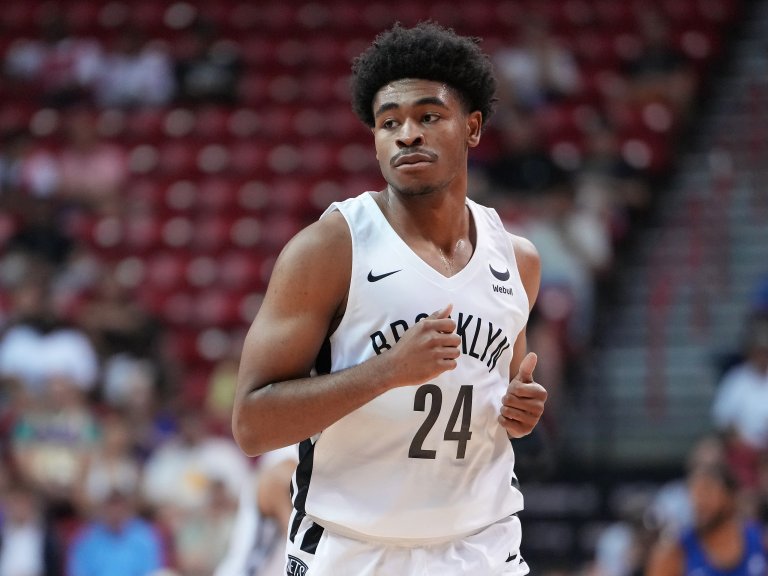 There is a total of seven games in the NBA Summer League on Tuesday, July 12
DraftKings is offering some intriguing player props on a lot of rookies
Below, we lay out some odds and best bets for NBA Summer League

The NBA Summer League in Las Vegas is a tremendous opportunity for rookies, sophomores, and G-League players to make their presence felt in front of executives and scouts. Early on, we’ve seen the likes of Paolo Banchero and Chet Holmgren put their talent on full display.

For Tuesday’s action, there is a total of seven games on the slate and no shortage of intriguing NBA Summer League player props. Find my picks and best bets for July 12 below.

All odds as of July 12th at DraftKings.

Cam Thomas set the Summer League on fire in 2021, winning Co-MVP alongside Sacramento Kings guard Davion Mitchell. He’s returned with a vengeance this time around after a solid Year 1 with the Nets. In two appearances thus far, Thomas is averaging 28.5 points while shooting 40% from the field. He balled out for 31 in his Sin City debut then poured in another 26 points a couple of days ago when Brooklyn beat the Philadelphia 76ers.

Most of the offensive burden is on his shoulders in Summer League, but he’s clearly up for the task. This is a double prop because the Nets also have to win, but I believe if the guard has a big night, Thomas will lead his team to their second win in Vegas.

This one strictly depends on how the two Warriors youngsters play, regardless of the outcome. Remember, Moses Moody and Jonathan Kuminga just went through a Finals run with the Dubs and won a title. Their NBA Championship odds are looking good for 2023, too.  The Summer League is nothing compared to what these two just saw in the postseason.

Moody, in particular, is absolutely thriving in Las Vegas. Although he’s played in just one contest so far, the former Arkansas standout produced 34 points, despite losing to the Knicks. He was solid on both ends of the floor and will be poised for another standout performance on Tuesday.

As for Kuminga, he struggled in his Summer League debut after flying straight in from Congo. However, the 2021 first-round pick bounced back on Sunday, cooking the Spurs for a game-high 28 points. Kuminga did a tremendous job of getting downhill and attacking the cup while also showing some promise from downtown.

Golden State will have a little bit of extra motivation facing the Celtics. I expect Kuminga and Moody to lead the way and both do their fair share of damage offensively. Betting them together is great value in the the NBA Summer League props.

The sixth overall pick in the 2022 NBA Draft out of Arizona, Bennedict Mathurin has already shown why the Indiana Pacers decided to use their lottery selection on him. The athletic, bouncy guard is averaging 19 points and 3.5 rebounds on 40% shooting from three-point land in two games in the Summer League. On Tuesday, he’ll face the Pistons, who just lost Jaden Ivey, their top pick, to an ankle sprain.

Indiana is 1-1 so far while Detroit is 2-2. But, Ivey is one of their best players and defenders. This is a chance for Mathurin to really take advantage and be the star of the show. I believe he’ll rise to the occasion once again and propel the Pacers to a vital win.