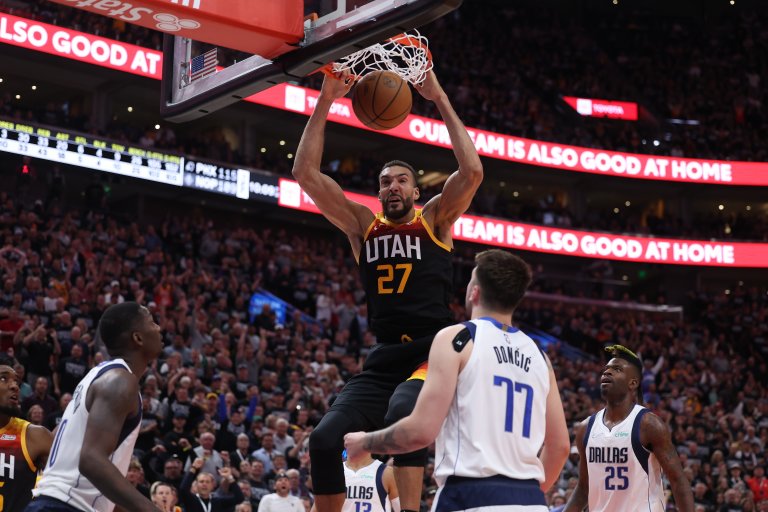 The NBA is still waiting on the next steps in Kevin Durant and Kyrie Irving’s careers, but that hasn’t stopped it being a hectic Friday. Fresh off a Finals appearance, the Boston Celtics acquired Malcolm Brogdon and became title favorites. The Minnesota Timberwolves then left jaws on the floor with a monster trade for Rudy Gobert.

Phoenix was installed as NBA Championship Odds favorites after it was reported that they were Kevin Durant’s preferred destination. The Lakers’ price had shortened with news that Kyrie Irving wants to reunite with LeBron James. Unsurprisingly, the Nets are way out at +2200 with their star duo set to depart.

Odds as of Jul 01 at DraftKings Sportsbook

Minnesota Pays Up for Gobert

The asking price for Rudy Gobert was apparently exorbitant. That might have put some front offices off, but it didn’t stop the Timberwolves. Tim Connolly, who traded Gobert from Denver to Utah on draft night in 2013, gave up Patrick Beverley, Malik Beasley, Walker Kessler, Jarred Vanderbilt, Leandro Bolmaro, unprotected firsts in 2023, 2025, 2027, a swap in 2026 and a top-five protected pick in 2029 to acquire the three-time Defensive Player of the Year.

Gonna spend the next 48 hours before Sunday’s pod wirh Russillo wondering if Minnesota just made the most inexplicable NBA overpay trade of all time.

This is the sort of haul teams usually get for a player at the forefront of NBA MVP odds. Gobert is a massively impactful defender, but his limits on offense have been a problem in the playoffs. Minnesota’s hope is that the firepower of Karl-Anthony Towns and Anthony Edwards can compensate for Gobert’s flaws on offense, while the Frenchman can reinforce their defense. He is almost single-handedly a guarantee of a top-10 defensive rating.

The Timberwolves will become a popular dark horse pick for the title after this trade. Towns can focus on being arguably the greatest big man shooter of all-time while being less of a liability on defense at the four, and Edwards will continue to develop as both a scorer and defender.

Five firsts for Gobert. Now imagine what the Nets will get for Durant. https://t.co/3UStA7mYz8

This is an absolutely all-in move from Connolly. It’s a big risk, though there is definite upside and a clear path to the Timberwolves being top 10 on both sides of the ball. Watch for their futures odds to shorten in NBA betting.

With all of their rotation players under contract and with their wing duo only set to improve, the Celtics were always going to be near the top of the NBA Championship odds. Brad Stevens impressed in his first offseason as an executive last summer, and he’s done so again in 2022, landing Danilo Gallinari and Malcolm Brogdon without giving up any of their playoff rotation.

TPE still available but, unless there’s another shoe to drop, it feels like minimum deals to fill out roster.

Boston needed another playmaker and more offense off the bench. They got both in Brogdon and Gallinari. This offseason has been an overwhelming success for Stevens — he’s given Udoka depth to complement the top-end talent which took them to within two wins of the title.

Despite still having a traded player exception of over $17 million, there probably aren’t any major moves to come from the Celtics. They don’t need to do anything more — this roster is stacked.

All eyes are on Durant, Irving and Deandre Ayton. There are bound to be a few more twists and turns in this wild offseason. The Lakers seem by far the most likely destination for Irving, which would throw them right into the contenders bracket again. Any playoff team acquiring Durant will join the inner circle of title challengers, too.

The Brooklyn Nets have no interest in accommodating Kyrie Irving, per ESPN’s Brian Windhorst

Ayton was linked to the Jazz in the aftermath of the Gobert trade, which is a storyline to watch. Keep an eye on the Raptors for both Durant and Ayton, too. Masai Ujiri has a raft of tradeable contracts and all future draft picks are available to move.

Receiving such a haul of picks for Gobert could have been the start of a teardown for Utah. Apparently, that is not the case — the Jazz are planning to build around Donovan Mitchell rather than trade him. Utah is currently way out at +6500 to win the 2023 NBA title.

The Jazz gathered six first-round picks in the past 24 hours, including 7-footer Walker Kessler, the 22nd overall pick in the 2022 Draft. The Jazz plan to retool the roster around All-Star G Donovan Mitchell.

Rumors that the Philadelphia 76ers could construct a trade around Tobias Harris’ salary have calmed. Philly got better by adding Danuel House and P.J. Tucker, and has shown interest in Eric Gordon as Daryl Morey looks to recreate the Rockets. Their current +1100 price seems fair with a big move apparently unlikely — their fortunes in 2022-23 are dependent on James Harden’s health and conditioning.