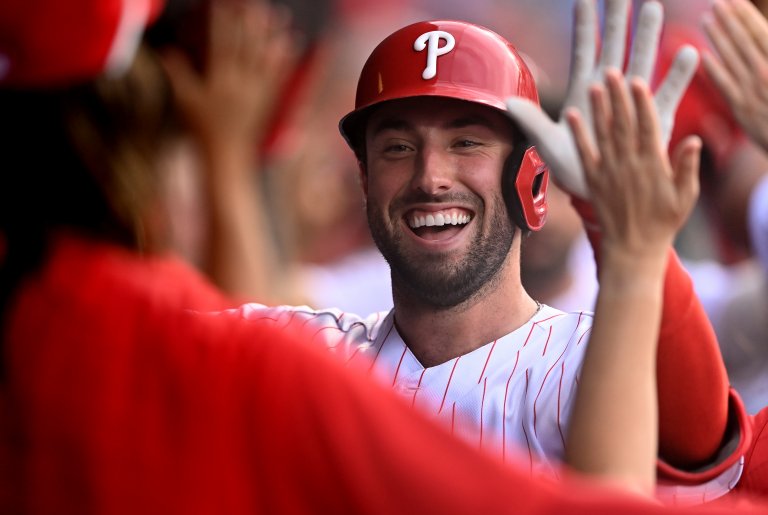 Pennsylvania sportsbooks expect that trend to continue on Sunday, as the two close out a four-game series in the City of Brotherly Love.

Odds as of August 6th at Barstool Sportsbook

The Phillies opened up as massive -295 moneyline favorites, in a game with a total of 8.5. First pitch is scheduled for 1:35 pm ET at Citizens Bank Park in Philadelphia, PA with cloudy skies and 93 degree game-time temperatures in the forecast.

The Phillies enter play holding down the third Wild Card spot in the NL, and sport a +4000 price tag in the World Series odds.  They’ll give the ball to Aaron Nola, who’s fresh off a fantastic start. The 29-year-old pitched 6 innings of one run ball versus Pittsburgh, scattering six hits and striking out eight.

Through 2 innings Aaron Nola is on easy mode! pic.twitter.com/QPkfW1019e

That marked the second time in three outings he’s allowed one run or less, after he blanked Miami over 8.1 innings two weeks ago.

Nola has plenty of history against the Nationals, and has been superb versus them this year. He’s got a 1.72 ERA in two meetings, holding the Washington bats to a .204 batting average.

Washington meanwhile, will look to Cory Abbott to stop the bleeding. The 26-year-old has been stellar in four appearances between the starting rotation and bullpen, yielding just four hits and one run over nine innings.

The right-hander will make his second start of the season after the first one went quite well on Tuesday versus the Mets. Opposing Jacob deGrom, Abbott threw 5 innings of shutout ball, scattering two hits while striking out three.

Update on the 2022 starting pitching debut at Nats Park tonight…

Cory Abbott allowed 0 runs on just 2 hits in his 1st start of the season.#NATITUDE pic.twitter.com/tLwQwTxD7U

His history against Philly is limited to 1 inning back in June, but he’s sure to have his hands full with how well the Phillies are swinging the bats.

Philadelphia has won nine of 10 overall and are 11 games over .500 for the first time since 2019. They smacked four homers in Friday’s 7-2 victory, and hit two more in the 1st inning of Saturday’s tilt.

Kyle Schwarber continued his stellar season with his NL leading 34th dinger on Friday, as he remains a top-10 candidate in the NL MVP odds.

The Phillies are averaging five-plus runs per game over their past 10 contests, and boast a slash line of .257/.314/.466 over the past seven days.

Washington on the other hand, is struggling to cross the plate. The Nationals are 2-8 in their last 10 games averaging only three runs per outing. They’ve dropped four straight and have won just once since trading away Juan Soto and Josh Bell. With those two gone, Victor Robles is the lone Washington batter with a WAR north of 0.9, while no player is on pace for 20 home runs.

WAS vs PHI Last 10 Meetings

Entering play on Saturday, Philadelphia had outscored Washington by 45 runs in their previous 18 outings. We certainly can’t bet the Phillies on the moneyline at -295, but we shouldn’t hesitate to fire on their runline.

Philadelphia has beaten Washington by at least two runs 11 times in the last calendar year. If you’re worried about Abbott shutting down the red-hot Phillies, keep in mind he had a 6.75 ERA last season and has spend the bulk of his six-year professional career in the minors.

Also working in favor of Philadelphia is a favorable matchup versus the Nats bullpen once Abbott exits. Washington relievers own a 4.21 ERA and have given up home runs at the fourth highest rate in the league.