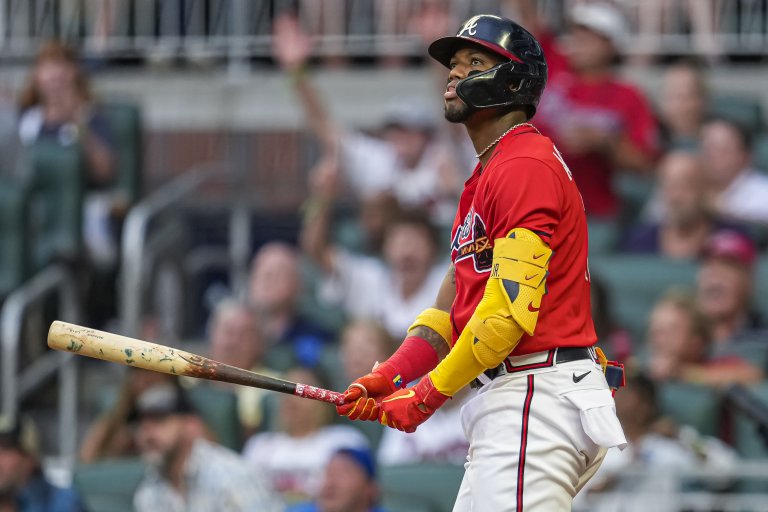 The Nationals and Braves meet on Sunday afternoon
This is the series finale of the three-game set
Find the Nationals vs Braves odds, preview, and picks below

It’s an NL East showdown on Sunday afternoon at Sun Truist Park as the Washington Nationals and Atlanta Braves conclude a three-game set. The first pitch will be thrown at 1:35pm ET.

Paolo Espino will get the call here for the Nats, who has mostly featured out of the bullpen. The Braves counter with righty Ian Anderson.

Odds as of July 9th at Caesars.

The Braves are heavily favored at -220 odds here and have now won five in a row against DC after Saturday’s win.

The Nationals’ rotation has been abysmal this season so they’ve decided to give Espino another chance as a starter on Sunday. The 35-year-old is 0-2 with a 3.33 ERA, making just five starts thus far. His last outing wasn’t pretty though, allowing four earned runs and six hits in just 3.2 frames against the Phillies. Prior to that, Espino also surrendered four earned vs Pittsburgh.

Paolo Espino has retired every batter he has faced…

Except for Kyle Schwarber!

Espino did face the Braves back on April 12th, tossing three innings of three-run baseball. Not great, but the hope is he can limit their offense as Washington looks to grab one game in this series.

Anderson is in the midst of a poor season for the Braves. The 24-year-old has a dismal 5.09 ERA in 16 starts and while he’s got a 7-5 record, he’s struggled immensely with command, walking 38 batters in 81.1 innings.

On a more positive note though, Anderson pitched really well in his most recent outing. He held the Cardinals to one earned run across five innings, allowing just one free pass as well. In two career starts vs Washington, Anderson has a 3.27 ERA. Certainly respectable.

Just about nothing is going right for the Nationals in 2022 and they’ve now lost three straight games after the 4-3 defeat on Saturday. In fact, DC has won just one of their previous nine contests, getting swept by the Marlins and losing two out of three to the Phillies.

The bats actually came to play in game two against the Braves, banging out 12 hits. Juan Soto, who is a long +8000 in NL MVP odds, went 2-for-4 with a solo homer. Patrick Corbin tossed six innings and allowed four runs, but he didn’t get enough support to grab a win.

Can Braves Pull Off The Sweep?

After a slow start to the campaign, the Braves are now in great shape. They’re just two games behind the Mets for the divisional lead in the NL East. Better yet, Atlanta has grabbed five victories in their last six games. It wasn’t an electric performance on Saturday, but the Braves were fundamentally sound on both sides of the ball.

Espino is struggling lately and although Anderson is having a down year, he impressed last time out. As you can see, the Braves dominate this matchup and I have no doubt they’ll bring out the brooms on Sunday.