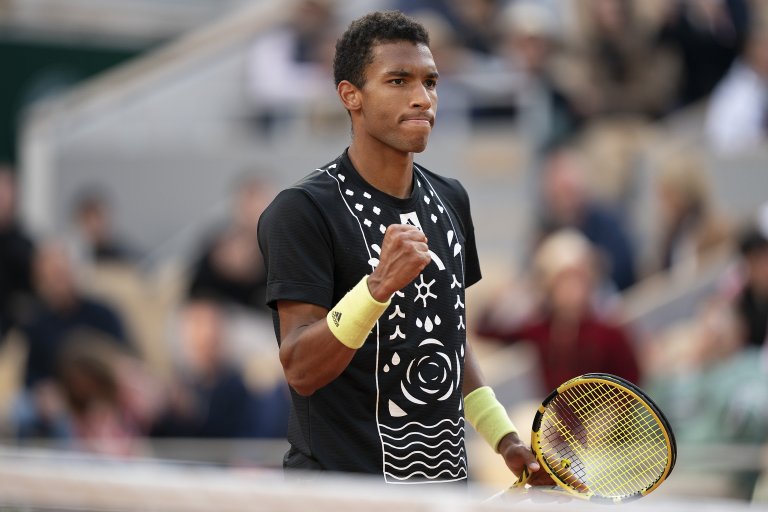 May 29, 2022; Paris, France; Felix Auger-Aliassime (CAN) reacts to a point during his match against Rafael Nadal (ESP) on day eight of the French Open at Stade Roland-Garros. Mandatory Credit: Susan Mullane-USA TODAY Sports

The top eight seeds finally swing into action Wednesday at the National Bank Open
Alex de Minaur is favored over No. 15 Grigor Dimitrov and Karen Khachanov over No. 13 Marin Cilic
Read on as we break down some of the matchups and find the best value.

There was a lot of rain in Montreal Monday. And that, in essence, leveled the playing field.

Most of the players who aren’t among the top eight seeds are playing back-to-back days.

Odds as of Aug. 10 at Barstool Sportsbook.

Next comes Nick Kyrgios at +800. But he is Medvedev’s opening opponent on Wednesday, so something will have to give.

If you are new to betting on this sport, why not take a look at our Tennis Betting Basics page.

This is the most highly anticipated clash in the early going. And on paper, Kyrgios is playing better, and has played more often in recent weeks, than the world No. 1.

Both are coming into Montreal fresh from a tournament title.

Medvedev won the ATP 250 in Los Cabos, Mexico (where there was a 28-player draw and he only had to win four matches). Kyrgios won the bigger ATP 500 in Washington, D.C., where he had to post six singles wins and three in doubles to take home both trophies.

He made the date in Montreal. But he looked out of wind by the end of his 6-4, 6-4 victory over Canadian Open rookie Sebastian Baez.

Kyrgios actually has two wins over Medvedev, but they were back in 2019 before the Russian rose to the top of the game.

Medvedev won the most crucial one – this year, at Kyrgios’s “home” Grand Slam at the Australian Open. That went four sets.

This could go two ways. Either Kyrgios is just so motivated to beat the No. 1 that he finds some energy somewhere.

Or, he hits the physical and mental wall and there could be drama.

Despite Kyrgios’s impressive play the last few months, we’re betting on the latter.

De Minaur is actually the favorite, even though Dimitrov is the seed.

But the difference in ranking is so small – de Minaur is No. 21, Dimitrov No. 19 – that the seeds are pretty irrelevant in this case. 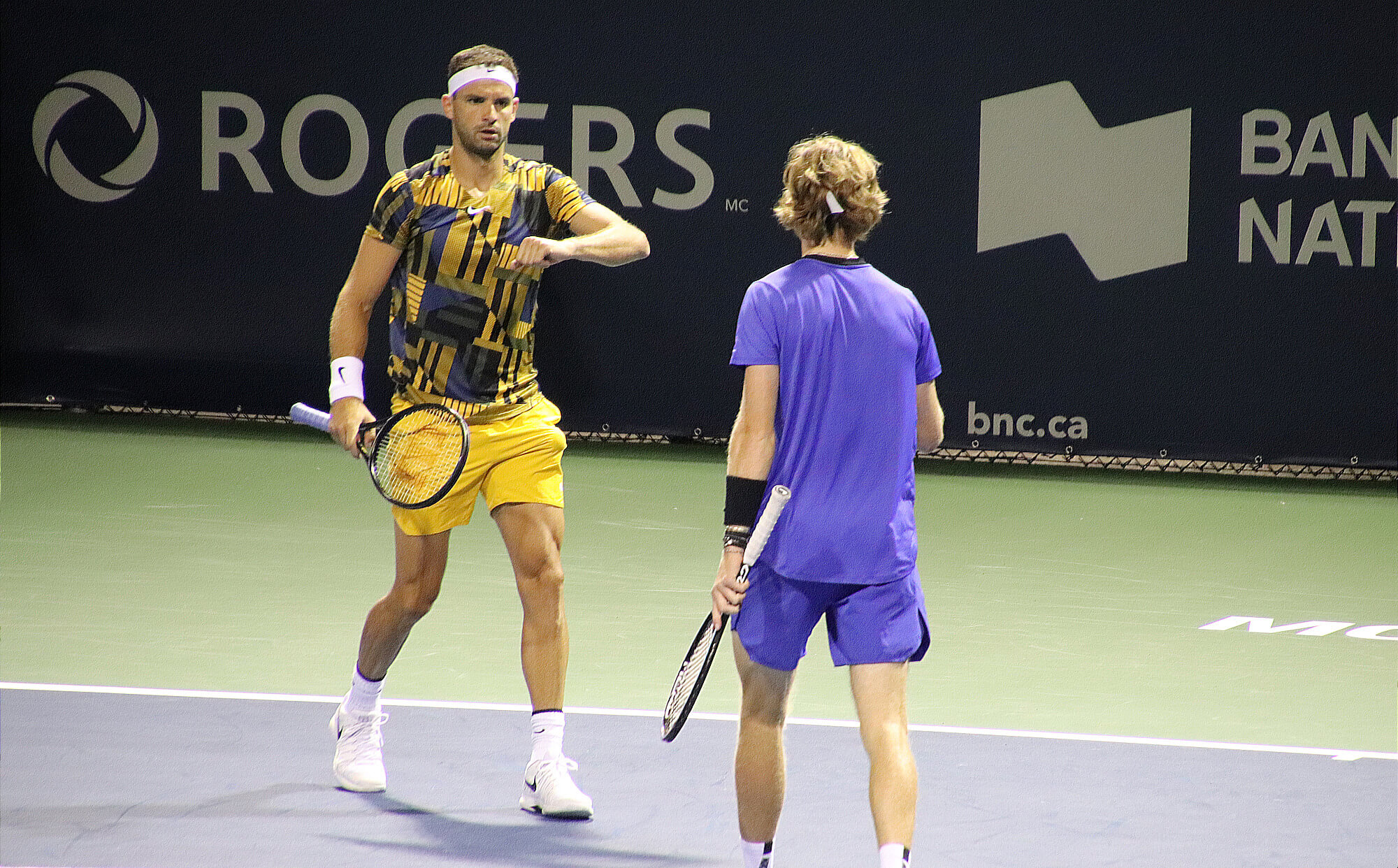 It was after 11:30 p.m. Tuesday when Grigor Dimitrov finally finished off his second win of the day, in doubles with Andrey Rublev over the Wimbledon champions (Photo by Stephanie Myles/OpenCourt.ca)

The courts in Montreal this year are said to be slowish. Which you would think would favour de Minaur. He’ll also be more rested, as he only had to play a few minutes (and five points) to finish off a rain-interrupted match against Denis Shapovalov on Tuesday.

Dimitrov won his singles. And then he and Andrey Rublev played late into the night as they upset the Wimbledon doubles champions Ebden and Purcell in doubles.

The energy level might well be the difference, although we expect a close one.

Monfils, now 35, played his first match since Madrid, on clay back in early May, as he dispatched tournament alternate Pedro Martinez in three sets on Tuesday.

He admitted he was tired, and that he also had twisted his foot slightly.

And he knows that the serve-and-volley attack by Cressy – who is French but currently plays for the U.S., will be relentless.

It’s not a typical matchup, and Monfils’s tennis brain is a little rusty after the long layoff.

Cressy is the favorite for a reason.