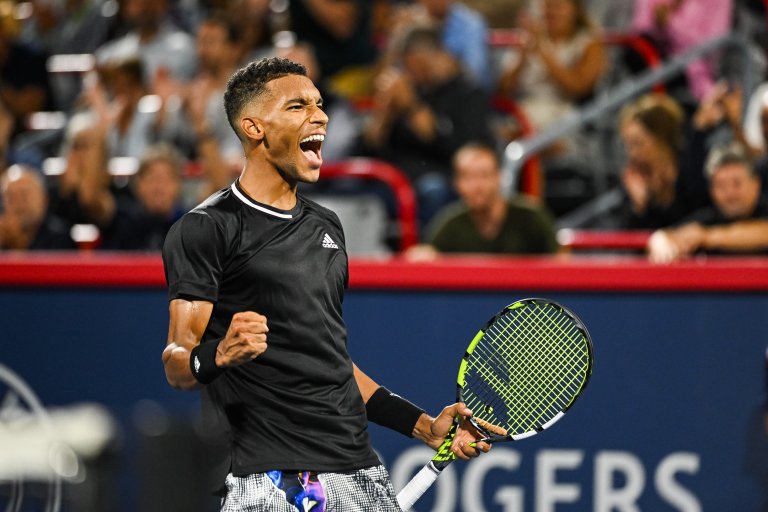 The top three seeds were upset at the National Bank Open Wednesday – a first in the event’s history
No. 4 Casper Ruud is the highest seed remaining, but halfway down the list to win it at +1300
Read on as we break down Thursday’s round-of-16 matchups, and make some predictions

Never in the history of the National Bank Open, through all its different name changes over the years, have the top three seeds ever lost their opening matches, and on the same day.

Of course, most of the time over the last 15 years some combination of Djokovic, Nadal and Federer have populated those spots, and those players were usually sure bets to get to the weekend.

But it’s a different era.

Odds as of Aug. 11 at Barstool Sportsbook.

A rejuvenated Nick Kyrgios, who has been nothing but impressive through the grass season and now the North American hard-court swing, is now firmly installed as the favorite to win the tournament.

Before it began, world No. 1 and No. 1 seed Daniil Medvedev was a strong favorite, followed by No. 2 seed Carlos Alcaraz.

But both are out.

Kyrgios took care of Medvedev in three sets. And Alcaraz was beaten in a marathon by speedy American Tommy Paul. And afterwards, he admitted that it was the first time he failed to deal with the pressure.

It leaves the unseeded Kyrgios at +200 to win it. And his biggest obstacles before the final could be No. 4 seed Casper Ruud, or No. 8 Hubert Hurkacz. He probably fancies his chances,, if the body stays in decent shape.

It was the first time that I couldn’t handle the pressure… I have to be ready to have this pressure, to have this kind of moments, and to learn how to handle it! 💪🏻 pic.twitter.com/dLypEV1Ihg

If you are new to betting on this sport, why not take a look at our Tennis Betting Basics page.

Strangely, these two polar-opposite Aussies have never met – at least not at the pro level. And the four-year age difference would eliminate any junior meetings.

But they know each other well, and have often been Davis Cup teammates.

De Minaur is the well-behaved kid everyone loves; Kyrgios is the bad boy who is a bigger challenge to love, but who also has a bigger upside. They seem to be mates, though.

Kyrgios generally dispatches these smaller, quick, more consistent types because they can’t get a handle on enough of his serves to have a shot at breaking him. And de Minaur hasn’t played many big servers this season.

And Kyrgios had beaten enough of the biggest names in tennis and had no trouble backing up those wins.  He’s on a roll, and it doesn’t feel as though de Minaur will be the one to stop it.

Bautista Agut is such a hard player to bet against. Because he rarely beats himself and is ready to pounce if his higher-ranked opponent isn’t having his best day.

He’s also a better, more experienced player on the hard courts. And he has beaten Ruud both times they have played – including in two close sets at the start of this season in the ATP Cup.

Canada: ‘What do you mean in the States?!’ https://t.co/shGzleMI9i pic.twitter.com/AMS68QJBkm

The courts in Montreal are medium – maybe just a titch on the fast side of medium – but stil probably too fast for Ruud’s preference, because he loves the clay.

Carreño Busta, a former US Open semifinalist who despite being a Spaniard has his best results on hard courts, has mostly been seeded at Masters 1000 events in recent years.

So he’s a dangerous floater in this event. And Sinner has lost to him – in a third-set tiebreak indoors in the Netherlands.

Their third-round match in Miami in March went to Sinner – 7-5 in the third set.

The priors tell you this one could be a knock-down, drag-out marathon.