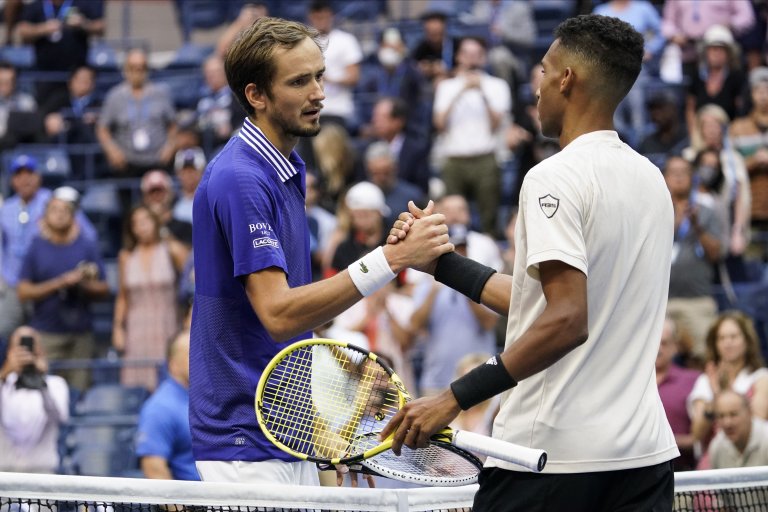 For the second year in a row, none of the “Big Three” (Novak Djokovic, Rafael Nadal, and Roger Federer) are in the draw at the National Bank Open. Former champion Alexander Zverev is also missing.

That means a lot of opportunity for some – notably defending champion Daniil Medvedev – who needs to stay on top of things with Zverev close behind in the race for the No. 1 ranking.

Odds as of Aug. 7 at Barstool Sportsbook.

A number of other first-round matches, which were established late because they involve qualifiers, are not on the board yet. They include a tasty upset possibility for qualifier Fabio Fognini over Denmark’s Holger Rune. With the level of the qualifiers so high, there should be a number of longshots that are very attractive in the tennis betting in Montreal this week.

The outright favorites to win the tournament are Medvedev (+260), Carlos Alcaraz (+450), and Nick Kyrgios (+700), who won the Citi Open in Washington, DC on Sunday.  Next come Italians Matteo Berrettini and Jannik Sinner, both at +900. Sinner is probably the better bet of the two.

It’s surprising the odds are as close as they are with Shapovalov in a mighty slump and de Minaur having recently won the Atlanta tournament.

It’s also a pretty brutal first round for Shapovalov, whose career took off as an 18-year-old when he upset Rafael Nadal and made the semifinals in Montreal in 2017.

Not to mention the fact that de Minaur has beaten Shapovalov in both of their top-level meetings – both in team competitions: in 2020 at the ATP Cup, and in the 2019 Davis Cup finals.

Both went three sets, and Shapovalov won the first set both times. Those are trends that work even in 2022 for Shapovalov.

He has played just three matches at the ATP level and is 2-1. Both wins came in February, one against an unranked player, and the other over No. 153 Jurij Rodionov.

His highest-ranked opponent this year was ranked No. 148.

Contrast that with Paul, who is close to his career-best ranking at No. 34.

As it happens, the two met in the first round of the Canadian event a year ago in Toronto. Pospisil, ranked No. 61 at the time (just five spots behind Paul), won the first set, but Paul prevailed in three.

There are no easy draws at the bigger events. But this is a tough one (again) for Andy Murray, who is the underdog against No. 10 seed Taylor Fritz.

Murray was an early exit in Washington, DC this week to Mikael Ymer (who went all the way to the semifinals).

Quick explanation of what happened to me today, sorry if I worried anybody I’m okay 🙏🏻 pic.twitter.com/nY1EUuYKuc

Meanwhile, Fritz had to retire (a rare occurrence for him) against Dan Evans in the third round when he felt the effects of the heat.

Expect a three-setter because Murray is pretty big on maximizing his court time (not intentionally, of course).